FOR THOSE OF YOU INTERESTED I HAVE A NEW RECORD OUT 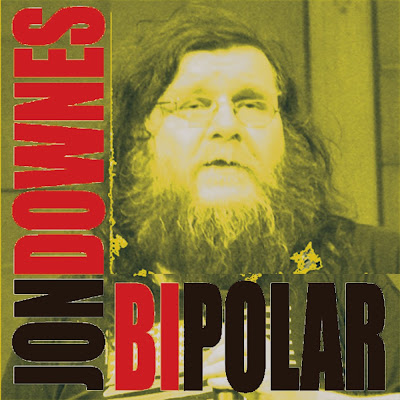 It is available on iTunes, Spotify etc. which is mildly exciting because this is the first time I have been on these stores. I don't expect many people will buy it, but for the record the tracks are all written by me and are:

1. Because I said So
A dystopian D'Oyly Carte view of the world. What happens when G&S meet The Buzzcocks
2. Harbour Lights
These days if a schoolteacher called a small child an imbecile there would be hell to pay
3. Monkey Boy at the circus
Politicians - who rattled the cage? Have you noticed that the trend towards women politicians and politicians from minorities means that you cannot criticise them without being accused of sexism or racism? Pah!
4. I know where you live
A nasty revenge fantasy with a twist in the tail
5. I don't give a damn about you
Well, do they? Probably not
6. (I want to believe) in the protocols
I have a friend who believes in all the most ridiculous conspiracy theories going. This one is for him. Anyway I don't think anyone else has managed to get the Trilateral Commission and the Protocols of the Elders of Zion into a song, and make it rhyme before
7. The gorillas are coming but where is Barry Mooncult?
What if the man with the wooly hat in the library, who is shouting at an unseen assailant, was once famous? Would you care?
8. No matter who you vote for (the government always wins)
The title is self-explanatory, and is a rant against Thatcher, Blair et al. An object lesson for everyone who votes for selfish reasons
9. Somewhere to hide
Alan Jules Weberman (born May 26, 1945), better known as A. J. Weberman, is an American writer, political activist, gadfly, and popularizer of the terms garbology and "Dylanology". He is best known for his controversial personal confrontations with the musician Bob Dylan and for his 30-year involvement with the Yippies, a counterculture movement of the 1960s
10. The seventeenth duckling
The title came from Richard who gleefully pointed out that Elizabeth Bathory wasn't from Romania. The rest is typical manic depressive feeling sorry for myself, but with a nice line about Homo superior
11. The Ugly City
Four in the morning, can't communicate, and the internet has been down for hours. In comes an email. Is it what you have been waiting for? No it is a mis-spelled missive trying to sell you viagra
12. Twilight over England
Continuing the noble JD tradition of having the title song of the album on the next one. Yes I know the title was cribbed off William Joyce. Yes I know the chorus was stolen from Skrewdriver. No I am not a Nazi
Posted by Jon Downes at 12:12 PM