AT LAST FROM CFZ PRESS 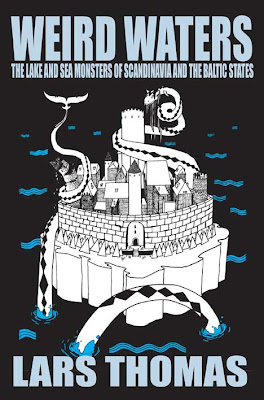 Aquatic monsters have a long and venerable history in the waters of northern Europe, dating at least all the way back to what must surely be the grandfather of all lake-, sea- and other monsters, the mighty Midgårdsorm or Jormungandr from the old Norse mythology - a creature long enough to encircle the globe and bite its own tail. Though some have since claimed sightings of monsters several hundred metres long, some even confusing the creatures with small islands, nothing has ever come even remotely close to the gargantuan size of the Midgårdsorm. And naturally, the only one who ever dared to challenge this monster was the old Norse god Thor - the god of thunder.

In many ways, the Midgårdsorm is the archetypical mythological monster, but that doesn't mean all monsters are figments of the imagination. The borderline between fantasy and reality is one that is fine and fluid, with aspects of one realm carried over into the other. Real creatures can so easily clothe themselves in mythological splendour, and thus become bigger, scarier, and more fabulous. In the centuries following the time of the Midgårdsorm, many kinds of strange creatures have been seen in the waters of northern Europe. The monsters are still very much alive, in tradition as well as in reality.

Amazon.co.uk are still playing silly buggers. This - like Paul Screeton's and Bart Nunnelly's books, are still carrying the message "Usually dispatched within 1-3 weeks". This is actually - as far as I am aware - completely untrue. The books should arrive as quickly as any other product on amazon.co.uk.
Posted by Jon Downes at 12:31 PM