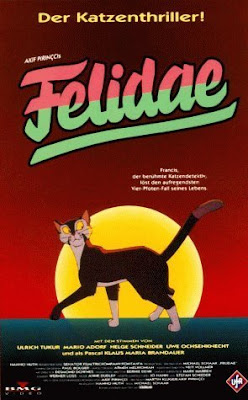 When most people think of cartoons they tend to think of the mild and sanitised output of Western animation studios where cartoons are aimed squarely at a family audience and anything sad, violent and unjust that occurs to a good or nice person is neatly resolved and corrected by the end of the movie. True, it is not strictly necessary to the plot of many animations to include scenes that deal with the harsh realities of life, and may be a little jarring when juxtaposed with Jamaican crabs extolling the virtues of life beneath the ocean through the medium of song, but it is the animated films that go the extra mile to include a window, however small, into the dark side of life that stick in your mind. Examples of this include the death of Bambi's mother, which turned a rather twee and otherwise forgettable film into a children's classic, Fievel getting separated from his parents in An American Tale; and the death of Carl's wife in Up, which will have even the most composed person close to tears despite it being a cartoon and only about 10 minutes into the film.

Some films go further, though; typically European animation studios will make films that don't just include a window into darkness but can sometimes break open a whole wall. One animated movie that does this is Felidae, a German film based on the novel of the same name by Akif Pirinçci it is essentially a film noir where the main characters are house cats. Like most film noir and hard-boiled detective 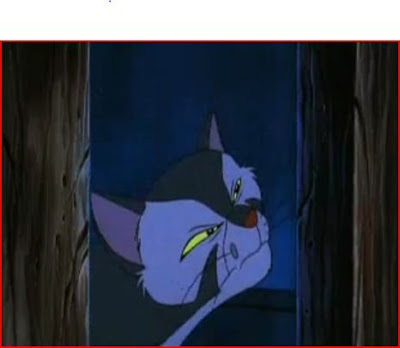 fiction it pulls few punches and soon descends into dark and murky territory as its protagonist, Francis, a sort of feline Philip Marlowe, investigates a series of gruesome cat murders. With scenes of decapitation, disembowelment, animal experimentation, cat 'love-making' and corpses turned into puppets and made to dance by Gregor Mendel (don't ask) this is perhaps not the sort of film you should show your children but really don't let that put you off, the film is tastefully done and its plot will have you gripped from start to finish.

The film possesses several layers dealing with the complex social interactions between the different cats, and indeed their owners, and the capacity for cruelty and evil present in both cats and humans, eugenics and the misuse of religion as well as the search for the serial killer that forms the main plot of the movie. In the social interactions between the various cats the fact that they are cats and not humans is never lost sight of, whereas some anthropomorphism has been employed to enable the viewer to relate to the characters and the story it is never taken to the level where the cats could easily be humans wearing furry suits. Over anthropomorphism is a plague that effects far too many Western cartoons and as a fan of all kinds of animation it really sets my teeth on edge like in Disney's 'Home on the Range' when a cow makes a joke about breast implants (for goodness sake she's a COW why would she know or care about plastic surgery!) and I was glad to see Felidae did not fall into that trap.

The film starts with Francis's owner, or 'can opener' as cat-slang would have it, moving to a dilapidated old house that used to be owned by a scientist. As soon as he arrives Francis sees the body of a cat in the garden with it's throat cut and meets a local tom cat called Blue Beard. Blue Beard is of the opinion that the murder, of which this is the fourth to occur recently is probably the work of humans but Francis is not as sure and together the pair start investigating the deaths (reluctantly so on Blue Beard's part). Soon another victim is found and Francis notes that both victims were male cats who had recently attempted to mate, suggesting a possible sexual motive for the killings. That night Francis witnesses a cat's religious cult meeting in the old laboratory of his new home and is chased off by them. When he finds safety he meets a blind cat named Felicity who he befriends. It turns out that Felicity witnessed, or at least heard several of the murders. Blue Beard then takes Francis to meet the most intelligent cat he knows, Pascal, a cat who has actually learnt how to operate a computer, in the hope that he will be able to shed some light on the case. While at Pascal's house it is learnt that Felicity has been murdered and Francis runs to her house where he sees her decapitated body. The fact that she was female and the frenzied nature of the attack suggests that Francis' initial thoughts on the motive of the killer may be wrong. Needless to say the plot thickens from this point on and to go into it much further would spoil the film. As Felidae is quite an obscure film in Britain and the USA (unjustly so, when other European animations which are pretty to look at but possess lesser plots, like 'Belleville Rendez-vous' are Oscar bait) chances are you were not even aware of its existence before you read this review and you will, I hope, want to see it for yourself I really don't want to ruin it by giving away all the little twists.

Felidae is a rare treat a Western animation for grown ups that is not preoccupied by showing off it's adult credentials by including unnecessary shocks and just lets it's dark plot unfold before your eyes. It's animation also is of a high quality as is it's English dub and voice-cast which puts the dubbing employed by several companies, that actually specialise is re-dubbing mostly Japanese cartoons, to shame. The only problem that the film has is that because of the animation's running time and the complexity of the source material things can seem a little rushed at times, but that will hardly stilt many peoples enjoyment of what is a marvellously executed and original animated film.