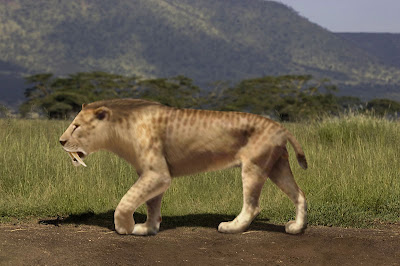 Paraguay
Paraguay is a landlocked country in South America that I don’t know all that much more about. It is sometimes referred to as the heart of South America based on its location but I am sure it has some more points of attraction other than that and its cryptids.

To represent Paraguay I will have a look at one of the more remarkable mystery cat stories to be told.

Sometime in 1975 a large mystery cat weighing 160lb was shot in Paraguay. At the time it was recorded as being a mutant jaguar, a cracking description that conjures many an image, but does your imagination match the following?

Supposedly when zoologist Juan Acavar examined the animal’s corpse he discovered that it possessed fangs measuring 12 inches in length; quite remarkable, far longer than you would expect and enough to suggest that the mutant jaguar was nothing less than a Smilodon. A rather impressive identity as it is widely suggested that the Smilodon became extinct around 10,000 BC.

In best conspiracy tradition, as important as this sighting could be, the official line is that it was still only a mutant jaguar, after all the thought of sabre-toothed cats roaming the countryside could cause undue panic. Unfortunately there is still not enough evidence to suggest if the report is as good as it sounds, but who knows what might turn up one day.

Leaving tales of sabre-toothed cats behind, next we shall skip across the border to neighbouring Bolivia.
Posted by Jon Downes at 12:24 PM