MIKE HALLOWELL: The Truth is Out There 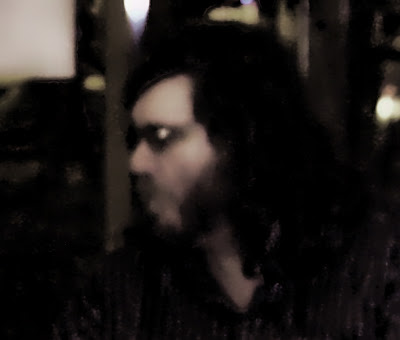 Pic: The Man behind Digestive-12

Yesterday I received a rather suspicious package through the post in a brown paper envelope. On opening it I realised that what I held in my hands was of profound significance; a document that, once and for all, promised to reveal the naked truth behind a shady, sinister organisation called "the CFZ".

The document reveals the existence of a government research organisation set up to study the CFZ covertly and report back directly to Prime Minister David Cameron. The group, called "Digestive-12", is made up of a small group of eminent scientists whom MI5 believes are in the best position to reveal the TRUTH about the CFZ and their shady activities. I can now, at long last, reveal the names of these scholars. They are:

Working secretly for over 30 years, Suggestive –12 has accumulated a mass of evidence to prove that:

So then, dear reader, the truth is finally out; the CFZ is a dastardly organisation responsible for EVERYTHING IN THE WORLD apart from the good stuff.

Arch-enemy of the CFZ, Mr.Whirling McDervish, who runs a rival outfit called the Highland Ongoing Operation for recording Thunderbird Sightings in Scotland (H.O.O.T.S.S) says in the report, "I've been trying to prove for years that the CFZ was responsible for the Noachian flood, the collapse of the Tower of Babel, the sacking of Rome, and the murder of Archduke Ferdinand in Sarajevo, but no one would listen. Now that Corrosive-12 has released this report it proves I was right all along – even if I wasn't.

"People say I'm just jealous because the CFZ does loads of foreign expeditions, but that's ridiculous. Why would I want to go looking for death worms in Mongolia when I can search for the legendary three-legged haggis in the woods near Auchtermacdoodie?"

The Corruptive-12 dossier also proves that Jon Downes and his team were the real brains behind the Brinks Mat robbery, the death of Princess Di and the extinction of the dinosaurs.

"They should be locked up", said Mr. McDervish, "Either that or made to hand over their ill-gotten millions to another organisation which would make better use of it; i.e., mine".
Posted by Jon Downes at 12:05 PM

I like the sound of that. Just where ARE these shabby rascals hiding all of that loot anyway?

And the ENTIRE Adult population of Upper Volta knows all of this? Remarkable press coverage they must have out there, to say nothing of the remarkable efficiency of the polling service which collected ALL of their opinions. I assume that spirit mediums aided in obtaining the opinions of the deceased experts queried?

Fine, but I still don't see how the Milk Marketing Board were involved (and they were, there's no doubt about that).

I recently attended the Orangutan Wacky Wingnutters Convention where a fascinating presentation was given by Dr. Orange McFruitalot. Apparently a recent discovery of Homo Sapien Sapathong was sighted in the archipelago. My fellow orangs have not pondered this apparent anomaly of our cousin hominids since we had Wallace captured and indoctrinated with our "devolved from angels" rubbish.

Please analyze the enclosed belly fuzz which was discovered to have two week old Guiness stains, as this is a smoking gun, finally putting Dr. McFruitalot on the map of dignified preservationists.