I have written up this story because I think the people concerned are telling the truth, but you never know.

An interesting story has came to my attention about a possible Mothman/Owlman-type sighting that warranted closer inspection. I don't know what to make of it, but this is what I have learnt so far. 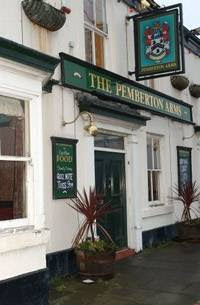 I have had to change the names of the people concerned for reasons I will explain later.

On the outskirts of Seaham on the northeast coast of England there is a pub called the Pemberton Arms, known to everybody as the `White House` because for as long as anyone can remember, it has been... wait for it... painted white.

A married couple in their early 40s (Phil and Kate, I'll call them) had gone there on Saturday evening (10th of October) to watch a live band.

Now, I don't if the band they had wanted to see had not turned up or what, but they had decided to leave early (Just after 10pm, they tell me) and because it was unusually warm for that time of year, walk back into town for a few jars to finish off the night.

They left the pub, turned right and walked down the lane that would lead them to the well-lit main road into town. 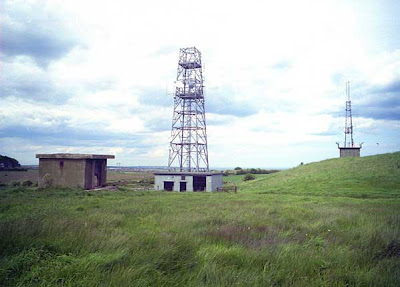 As they got to the end of the lane something caught their eye in the field next to the fence. At first they thought it was a 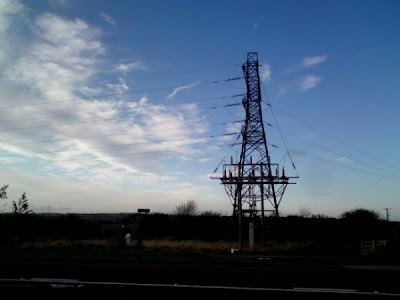 Shire horse because of its size but it was definitely not a Shire horse. Phil and Kate both told me that it was man-shaped, at least 7 feet tall, jet black with piercing red eyes, and it just stood there, motionless.

Phil and Kate looked at it in disbelief for about 15 seconds, then it let out a scream like a fox before “disappearing straight down like it had fell down a well or trap door!”

That did it! Phil and Kate then ran like Hell onto the main road until they stopped near the recently built water treatment plant, exhausted and out of breath. Phil tried to phone a taxi but found his mobile phone was dead 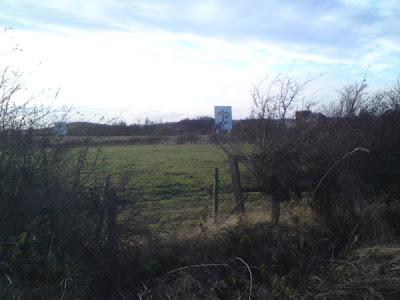 , although it was working fine back at the pub. So half running, half walking, constantly looking about them, they got back home, terrified out of their wits, unable to understand what they had just witnessed.

Three weeks later, when they felt able to, they wanted to talk to me.

I have known this couple for about 20 years and I don't think it is a hoax. They are very upset that this has happened to them and did not want to talk about it to anyone for fear of ridicule. They are angry and confused, “Why us?” They said. They want to put it all behind them. They only came to me because they remember me talking a few years back about my visit to Loch Morar in Scotland to look into sightings of a creature there and so thought I may be able to help them. But apart from recommending they read Alien Animals and me assuring them they are not alone in witnessing strange beings, I could offer little help. What can you say to somebody who has witnessed the unexplainable?

The name of the place where this thing was seen is Cold Hesledon.

As soon as I made the Cold connection to Indrid Cold, Mothman and Point Pleasant, a lot of other things that John Keel had written about in The Moth Man Prophecies started falling into place.

I re-read his book and discovered that according to John Keel, phenomena like this is attracted to certain things.

So there you have it: food for thought!

If our Tall Dark Friend turns up again I'll let you know.

I had to go back in the yahoogroups forteana archives to 2006, but... there was a possible sighting of Mothman in Dayboro, SE Queensland in that year. Many years ago I used to go camping in the bush with friends just past Dayboro, in scrub near a waterhole, and the place we used to camp was Mount Pleasant...

Sounds less like Mothman and more like a Shadow Person. I've seen one of those myself (as a child, and this one was in my house!) and it too was at least 7 foot, pitch black with red eyes.

As you can imagine this is a very frustrating case for me because if I had had my wits about me, there are so many questions I should have asked the couple concerned.
John keel suggested in his book about the Moth Man to ask people who had seen weird stuff, what they had for breakfast! (That one never crossed my mind!)
But now I cannot ask any more questions because I have been told, in-no-uncertain-terms by the people concerned, not to bring the subject up again.
So there it rests.

have just read this and find the "cold" connection very strange. i also seen something in my backgarden a couple of years ago that was at least 7 ft tall and looked like it was wearing some sort of cloak, as i stared, dumbstruck time seemed to slow. as if i was listening to a clock slowly ticking it moved its head from side to side then disappeared. thankfully i have never seen it again

i saw a man-like figure in the garden a couple of years ago it was at least 7 ft and looked like it wore some sort of cloak. i stared for what could only be a few seconds but it was as if time had slowed down,has anyone else had anything similar?