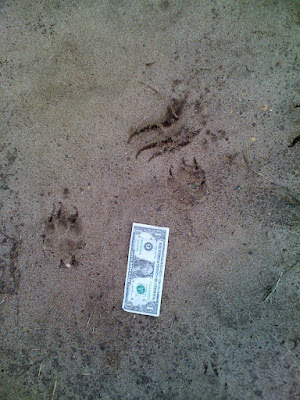 In southeast Missouri we had been told for a while that there were "no big cats." I am friends with a conservation officer who I have had to speak to due to large cat sightings around an animal shelter I used to run. Now this was next to a power plant at the edge of town with fields and rural community neighbourhoods to the west.

Well, I have known there were big cats here, as well as wolf pairs (but have no proof of that yet to show). I finally do have proof of a large cat at my fiance's house; it is actually using his grave drive at a litter box of sorts at times.

This is a rural area where most people leave their large dogs out loose: labs, pits and GSDs.

My fiance called me a few weeks ago and told me he saw a cat that was too large to be a house cat across the street where there used to be plenty of regular-size cats (now we only see 1).

About a week ago I stayed the night at his house. 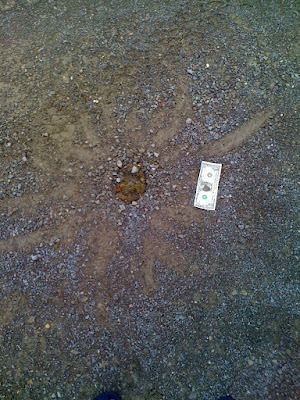 Normally his lab will bark if anything shows up on the property and it immediately wakes Jay up - no barking that night. We figure this cat must have scared Epoch off, which would have been a good-size cat.

These are the pictures I took the next morning after we got home from eating breakfast and noticed what was in the drive and what was in the field next to the drive. As I said, there is a large dog on the property so I made sure to not get pictures of his feet, which are smaller than the cats feet.

While we were taking pictures in the field, Epoch the lab, was taking care of the kitty litter mess.... It was like he felt bad that it happened and he did his best to destroy what was left. 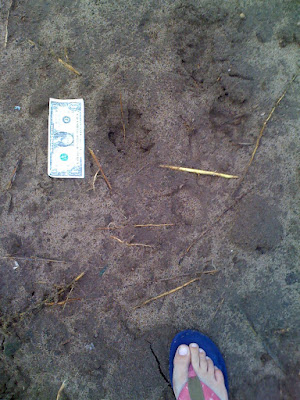