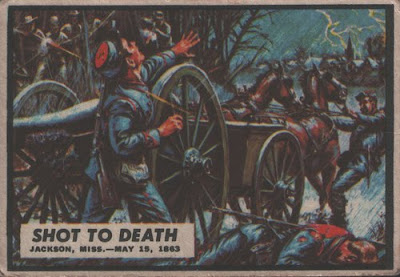 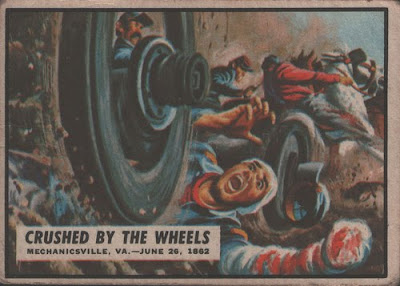 I'm very glad that Colin (Higgins) is obviously as warped as I am, and a fearless aficionado of the more gruesome days of our youth. Yes, indeed, I remember the horrific Civil War cards, which although originally produced way before my time, were still sold in my local newsagents many years later and became part of my collection. So these are for Colin--and for Steve--plus a link to a Civil War cards site where all the cards can be viewed. They were actually produced in the early 1960s by Topps, who also created the Mars Attacks cards, and illustrated by the ghoulishly brilliant Norman Saunders.

And for Colin's information, not to mention all you other morally bankrupt individuals out there, there is some unbelieveably gross and grisly stuff waiting to appear on this blog--so watch out.... 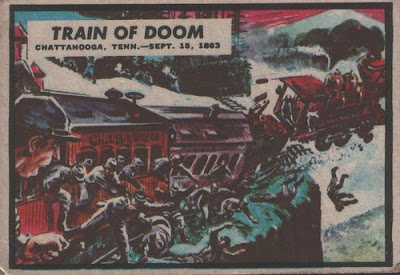 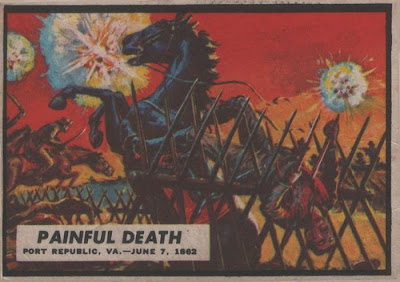