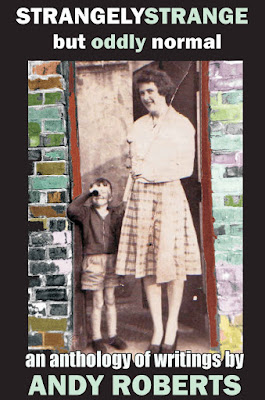 A number of readers, most notably `Greatbeast`, have asked us for an updated publishing schedule, as the one that we gave you about six months ago has most singularly failed to materialise.
The first out of the starting gate is this one by Andy Roberts, but the next ones are (in vague order):
1. Starseeds and other dreams by Karl Shuker
2. Daintree Diary by Carl Portman
3. Predator Deathmatch by Nick Molloy
4. CFZ Yearbook 2010
These should be out before the end of the year. Maybe some of the next trenche will be as well, but I ain't promising:
5. The Great Yokai Encyclopaedia by Richard Freeman
6. Monstrum by Tony `Doc` Shiels
7. Animals & Men Collected Editions Vol 4
Also definitely appearing at some point are:
8. Lytham and Booze by Tony `Doc` Shiels
9. The Madness of Butterflies by Jonathan Downes
and eight more volumes of the `Mystery Animals of the British Isles` series, as well as more books by Shuker, Downes, Freeman and Redfern, which are still in the planning stage.
However one must remember that we live in an ultimately changeable universe, and things can and will change... I hope this helps

Thanks. I'll shut up now.