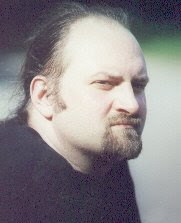 Time for Richard Freeman again. It almost seems silly introducing Richard to you all once again when he makes an appearance as guest blogger several times a week. However, our viewing audience/ readers (whatever you like to call yourselves) is growing so fast that it is certain that some of you missed the last time I introduced him.

It is well known that the Nile crocodile once had a range that extended far north of what it does today. Thousands of years ago what is now the Sahara was far moister, supporting many animals that are now found only further down in tropical Africa. Around 55000 years ago the area started to dry out. An arid zone separated two lusher areas. To the south crocodiles thrived. In the arid zone only a few relic populations made it trough to the present day. These survived by inhabiting oases and becoming smaller than the sub-Saharan crocodiles. These desert crocs grow to around 6 feet long as opposed to the tropical Nile crocodiles that may be 15-23 feet long.

But how did the northern population fair? There are accounts of crocodiles in Turkey, Tunisia, Syria and other North African countries. Crocodiles were well known around Carthage in Roman times and fairly recent crocodile bones have been unearthed in a sea cave in Algeria. Crocodiles inhabited the Rivers Yarkon, Zerak and Kishon in Syria until around 1900.

Crocodiles may have ranged even further north. They were reported from the Jordan River in 1525. They were reported as late as 1905 from the Kebara swamps near the foothills of Mount Carmel. There is even a river called the Tanimin (crocodile) River here. Two specimens shot in 1912 are still held; one at the Zoological Museum of Tel Aviv University and another at the Hebrew University of Jerusalem.

This begs the question ‘did crocodiles ever inhabit Europe in recent times?’ The chronicles of Sicily mentions that crocodiles were known to turn up on the island. They were recorded from the Rivers Papireto, Garaffello, and Amenano.

It is quite possible that Nile crocodiles once lived in the delta swamps of southern Spain and Southern France. This may explain some of the dragon legends associated with these areas. As recently as the 17th century a crocodile (also called a dragon) lived in the marshes at Melloroca, Spain. Its body is now in the Museum of the local Cathedral.

It is known that the Indo-Pacific crocodile will stray into temperate zones as far north as Japan (where some were held in Island temples and venerated as dragons) down to New Zealand where they may explain modern day sightings of ‘mososaurs’.

American alligators that have escaped from alligator farms have been known to live quite happily in Israel. With the trade in exotic animals and privet keepers both legal and illegal it makes you wonder if one day crocodiles will inhabit southern Europe once more.
Posted by Jon Downes at 9:41 AM

I've noticed that they do range rather far south in in Southern Africa, so it's very possible that there are some parts of Europe that could have sustained them.

I wonder whether they were native or introduced by escapees from ancient and Medieval bestiaries.

I found a photo of the Mallorcan crocodile: http://mallorcaphotoblog.wordpress.com/2009/01/12/the-crocodile-of-na-coca/

It looks real to me, seeing as it was a seventeenth century taxidermy job.

I truly doubt crocodiles can be the cause of dragon legends, there I tend to turn to living dinosaurs instead, which makes an even better candidate in explaining the world's dragon legends. I dont doubt that crocs might have been called dragons sometimes, but in the overall big picture, creatures like dinosaurs, pterosaurs and other giant reptiles fits better in with the descriptions of dragons. Oh, and I also dont doubt that there have been, and might still be, crocodiles living in the wilds of Europe, at least it's not hard for me to imagine it, so it wouldn't surprise me. Actually, I heard of something like a crocodile-like animal that was sighted in a moat around the Varberg Fortress in Göteborg, Sweden, rather recently. If i'm not mistaken, it was observed killing a Seagull on the water surface. The creature appearantly had crocodile-like skin and appearance, and some people say it was a crocodile. And since the water in the moat is very dark and green, you cant really see what swims under the surface. Well, at least not until something attacks. But one thing's for sure, something unknown lurks beneath the surface of the dark mysterious moat of Varberg.

We know that crocodiles have swam as far north as Sicily. We also know that the American crocodile has been seen and caught far out into the Caribbean. So we know that a crocodile can make the swim from Africa across the Mediterranean (with plenty of small islands to stop and take a break on the way)to southern France and Spain where there are many brackish swamps they would be able to thrive in. So my question is why would we assume they dont live there now and if they dont its because they were hunted to.extinction, a fate almost had by the American alligator just last century.

It certainly makes interesting reading. There is a water monster in Sweden that is said to resemble a boat or a log that drags people into the water if they get too close, as well as Each Uisge, Kelpie and other water horses with similar MO's in Romania and France.

Most likely a traveller's tale transplanted onto a local water way or possible a long term memory of thousands of years earlier.