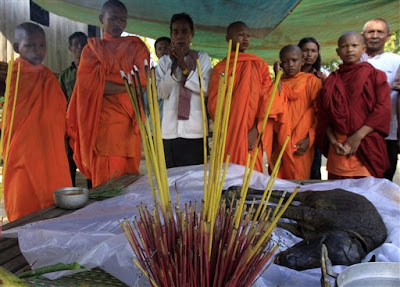 Something else that turned up in my post this morning was this: A story about "A cow [which] has been born with reptilian skin and strange markings on its legs in Cambodia. Many believe it to be a sign. A 3 month drought ended with its birth…coincidence?"

Of course it's a bloody coincidence! It's a calf with skin disease. And the poor bloody thing has since died.

The original story was in the Las Vegas Sun, a periodical that I have never forgiven for their review of my 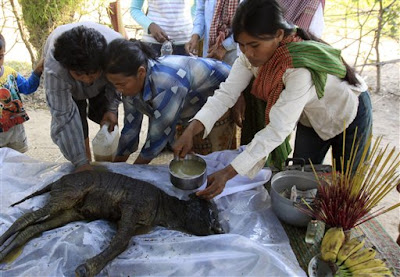 appearance in Sin City back in 2003
when they commented on my hair and stomach whilst ignoring the fact that I was one of the only people on the bill not talking arrant nonsense.


http://www.lasvegassun.com/news/2009/aug/21/cambodian-village-worships-cow-with-reptilian-skin/
Posted by Jon Downes at 10:55 AM