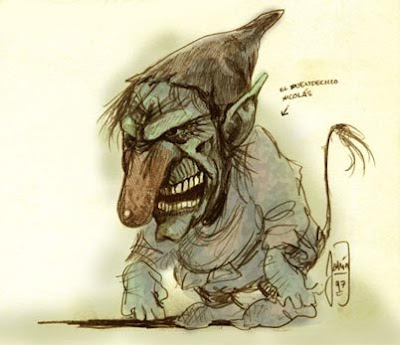 Whilst waiting for the train from Exeter to Barnstaple yesterday I happened to sit down next to an exceptionally beautiful girl. I struck up a conversation with her, and it turned out that she was from Ecuador. Her name was Sandenily and she was in England for ten months. Back home she taught English and she had come over here to brush up. The first month she had spent in Brighton. For the next nine months she was going to be working in the restaurant of the Stag Hunters Inn http://www.staghunters.com/

She asked if I had ever been to South America and I told her of my hunt for the giant anaconda in Guyana. Sandenily told me hat she had not seen much wildlife outside of zoos, having never ventured into the deep jungle. However she said that two years ago a man had escaped from a jungle prison and gone on the run. He had apparently been killed and eaten by an anaconda. His carcass was found after the animal had vomited him back up!

She told me of other strange creatures she had heard of. One was a creature that looked like bigfoot but was much smaller. These ape like beasts were said to kidnap members of the opposite sex. Stories like these are widespread in South America. Indeed wherever there are sightings of relic hominids or mystery apes there are usually tales of them kidnapping and/or breeding with humans.

Another being she mentioned was he duende. Once again stories of these creatures are found in many neo-tropical countries. The duende is supposed to be a goblin, usually depicted in a pointed hat. Sandenily, who was once a journalist had to interview a girl in hospital who claimed to have been raped by a duende. The girl said I had red eyes and wore a tall, pointed hat. It’s hands and skin felt hard. She could no bring herself to describe the face. Sandenily thought she was telling the truth, as she had no reason to lie and seemed traumatized.

Sandenily said her cousin claimed to have been visited by such a creature for a number of nights. It had large dark eyes and a pointed hat. The girl had dark hair, body hair and pale skin, all things that the duende finds attractive. The duende smelled of human excrement. Her mother though the girl was possessed and took her to a shaman. The shaman told her that the only way to stop he duende coming was to eat her own excrement. That nigh the girl did as she was advised and he goblin never returned.

Finally Sandenily’s brother claimed to have seen a duende whilst at military school. He described I as short, with a tall hat and feet pointing backwards. That final detail is repeated right over Latin America and, oddly, is a 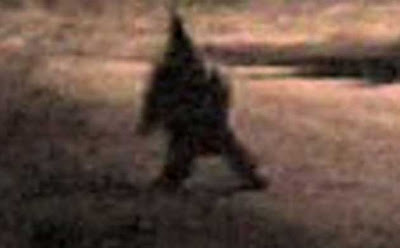 lso attributed to he Islamic djinn.

The descriptions of the duende recall not only European goblins but also the Argentinean ‘gnome’ allegedly filmed a while ago. http://www.youtube.com/watch?v=81OwP7RJ3BI
Posted by Jon Downes at 5:41 PM