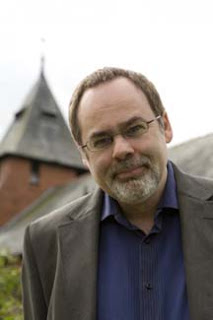 Once again we hand you over to guest blogger Richard Holland, editor of Paranormal Magazine, and all round good bloke. He intends to be a regular visitor tho these pages, and I am sure that you will all agree with me that this will be jolly good news for all of us..
Since I have lived in Wales since I was a nipper, Welsh folklore is very much my thang, so don’t be surprised if this blog is strongly biased towards Cryptidiau Cymru.
One of the most significant cryptids from Welsh folklore is the Afanc: it features in several legends of some antiquity. And yet it remains one of the most obscure, since, as far as I can tell, there is no description of it.
The mysterious monster is linked to several lakes in North Wales: Llyn Barfog and Llyn Ffynnon Las, both in Snowdonia, Llyn Llion (unknown but possibly an old name for Llyn Tegid, ie Bala Lake) and Llyn yr Afanc, a deep pool in the River Conwy.
In two of these stories, the monster has been causing terrible floods until defeated by a hero: at Llyn Barfog by King Arthur and at Llyn yr Afanc by Hu Gadarn (Huw the Mighty, an archetype who might be a form of the Celtic Horned God). Both heroes employ enormous long-horned oxen, the Ychen Bannog – which deserve an article to themselves (I suspect they are memories of the auroch) – to haul him from his watery den.
Although these legends wax lyrical about the oxen, descriptions of the monstrous Afanc are not forthcoming, other than that he is capable of causing floods and is of great size. Although, in fact, the latter characteristic isn’t certain either. Prof John Rhys associated the word afanc with the Irish abhac, meaning ‘dwarf, pigmy, manikin, a sprite’. In one tale the Afanc throws poisoned darts and in the River Conwy story he talks to his captor: suggesting a more human form.
Afon is the Welsh word for river and afanc may therefore be a derivation, simply meaning ‘of the river’, or ‘creature of the river’, which is no help either. Today, the Afanc tends to be imagined as a dragon, fulfilling the same folkloric (and ecological) niche as English beasts like the Lambton Worm.
But it’s significant that he word afanc survived into the Middle Ages to mean beaver: in the 12th century, Giraldus Cambrensis mentions the beaver as an exotic animal still inhabiting the River Teifi in South Wales. Folklorist T Gwynn Jones made the sensible observation that we shouldn’t forget ‘the evidence of great inundations caused by the bursting of beaver dams’ – after all the only certain characteristic we do know of the legendary Afanc is that it could cause floods.
It seems likely then that in the imaginations of the early Welsh, the Afanc was not a dragon. What their imaginations conjured up was an enormous hairy beaver.
(Ahem! I’m sorry – have I said something funny? Quick someone, slap Richard Freeman on the back, he appears to be choking.)
For more of Richard Holland’s blather, visit http://www.paranormalmagazine.co.uk/ and http://www.uncannyuk.com/
Posted by Jon Downes at 10:01 PM