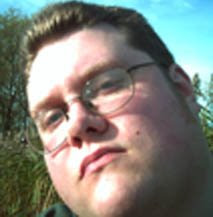 When I asked on another website if there was any cryptozoological topic they would like to see looked at by me for this blog one of the suggestions was something called
The Bloop .

The bloop is not an animal, rather an anomalous sound. It was picked up by the American government’s autonomous hydrophonic array in 1997 and was heard intermittently throughout the summer of that year. The sound was heard by hydrophones over a distance of 5000 km and is of a very low frequency. The sound wave produced has, according to scientists working with the American governments NOAA listening stations, the sort of waveform you would expect from a biological source.

And therein lies the mystery… for a deep sea mammal, like a whale, to have produced the sound it would have had to have been much larger than a blue whale. Scientists at the time suggested that the sounds may have been made by giant squid. However, there are no known species of giant squid, or any other cephalopod, large enough to be able to produce such a sound either. Since 1997, when the squid theory was first proposed, it has also been proved that neither giant nor colossal squid are capable of producing low frequency sounds like this and it is thought, like most other squid, that their main method of communication with each other is via sight, using their chromatophores to change colour in complex moving patterns.

But before we can proclaim that this must be the cry of some Jörmungandr-like beast, we have to consider the other possibilities too and just why the bloop was only heard over one summer, over 10 years ago and has remained silent ever since. The most obvious question to start with is, can we be sure that the source of the sound was an animal? The answer to that question is no, the scientists just said it was the sort of waveform you would expect from a biological source and did not say it was definitely from a biological source. The scientists did rule out seismic activity but that is not the only non-biological source the sound could have had. Equipment failure was also ruled out because the bloop was heard over several hydrophones on a number of occasions. 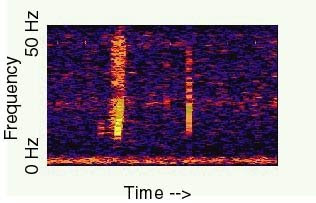 A possible non-biological source of the bloop could be linked to the very thing the autonomous hydrophonic array was set up to monitor. It was set up not to listen out for whale song or undersea seismic activity but to listen for Enemy submarine craft and provide their approximate locations in case of any possible threat to America. In other words, a sort of marine precursor of the ‘Star Wars’ programme that Russia is vehemently opposed to today. It is certainly within the realms of possibility that a government, other than that of the United States, had decided that it would be wise to test out just how accurate the American’s new monitoring system was using equipment that could produce suspicious sounds and see if the Americans detected them, and if they did how long would it take them to zero in on the source of the sound and investigate it. Tests like this would expose weak points and flaws in the system should your country wish to evade detection on the array, or mask your submarine’s presence as something else. The fact that the sound was said to have been the same every time it was transmitted over the summer does tend to lend itself to having been an artificially created sound, and if it was being created by a man made object, then it need not have been created by something larger than a blue whale. There have also been several other distinctly different anomalous low frequency sounds picked up over sustained periods in other parts of the array, which is what one might expect if someone were testing the limits of the array.

However, this theory is just as speculative as the bloop being the call of a gigantic beast and essentially that’s the problem with any theory - to explain the source of the sound. Maybe someday the bloop will be heard again and we might start to get some answers.
Posted by Jon Downes at 1:17 PM

The problem I have with the bloop being a species of whale is that during the period when people were actively looking for whales to kill, no extremely large species that could have produced the sound was seen, and at this time a lot of extremely skilled whalers were looking extremely hard for big, easy-to-kill whales.

Similarly the military spoofing hypothesis doesn't hold water either. If you as a Cold War nation know that your opposition is busily trying to detect what you're up to, then you don't go making huge, easy-to-detect sounds to try to see how good their systems are. No, you try to make extremely stealthy equipment and move this about and see if the observed movements of enemy shipping and fleets changes when you shift your newest stealthy kit into range.

A classic example of this is when the Chinese decided, in November 2007, to see just how stealthy a Song-class sub of theirs could be. They sailed one into the middle of the USA Pacific fleet whilst it was on exercise, and surfaced in the middle of it, undetected until they surfaced, and hoisted a flag. They then sailed away, no doubt grinning like maniacs whilst a number of US Navy sonar operators found that life was very interesting indeed, for Chinese values of interesting...

The best guess I have for what the bloop sound could be is a clustered explosive military weapon on test. Explosive weapons suffer from the inverse square law of diminuation over distance, so if you want to kill an enemy submarine that is somewhere in a known volume of sea, you have only a couple of options.

Firstly, you can aim a modern torpedo at the thing and hope that either the torp catches it, or that the sub commander gets scared and runs at full speed, which lets you track him (fast subs are noisy).

Secondly, you can hit the sub with a really big depth charge. This is what I think was being tried here. There are two approaches that you can use when trying to make a really good depth charge; one big bomb (the UK cold war one is a nuclear device), or lots of little bombs primed to go off when they feel a shockwave hit. The nuke is a complete no-no; nobody but nobody with the exception of complete loons wants to set off a nuke these days cluster bombs are somewhat more acceptable.

So, imagine that a surface ship knows roughly where a sub is and which way it is going, and sails along the known trajectory of the sub, sprinkling depth charges as it goes. The last charge laid is the detonator, the other charges blow as the shock wave from the first one hits. This creates a region in the sea where there is a really powerful shock wave, which ought to kill the sub, assuming it didn't turn away (which it wouldn't do if it didn't think the charge-layer had found it).

Now, the long lane of depth charges is going to create a long, wide shock wave echoing out from where it originated. Over a long distance this will lose the higher frequencies, and lower ones will predominate. If the observers are at, say, 45 degrees to the long axis of the lane of charges, you might get the observed characteristic rising note of the bloop signal.

Now, imagine what the response of military planners is going to be when the bloop is reported in the press. Basically, it won't take long for the observation to come to their attention, and when it does they'll soon suss what it is, and how their activities caused it. Once this happens, they will assume that the secret is out and will cease to test their weapon anywhere that the bloop effect will be noticed.