BUY 'THE VIBRATING SPIRIT' AT A SPECIAL LOW PRICE 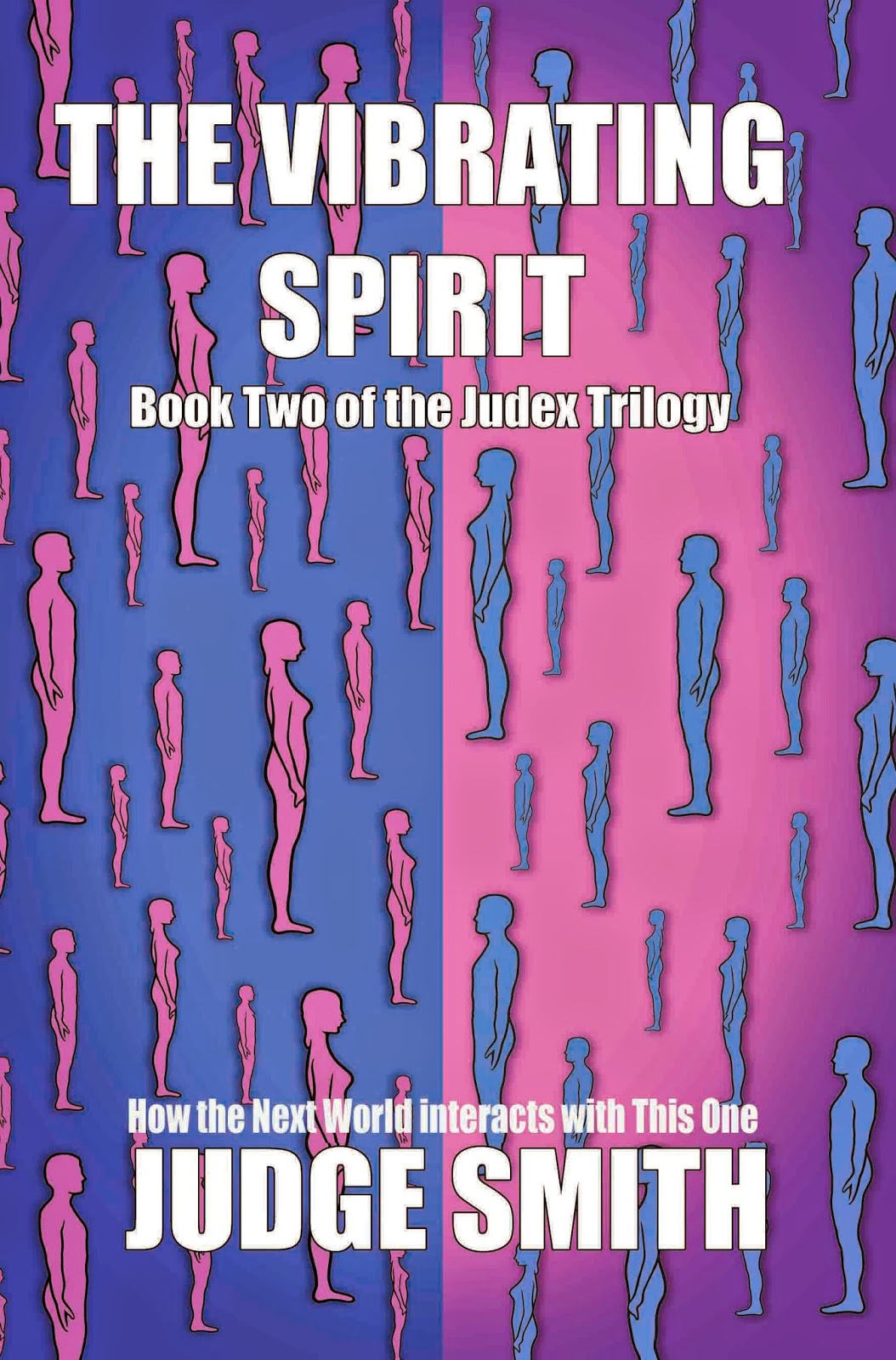 This book is the second of the three ‘Judex Books’. You can read this book without having read the first in the series, ‘The Universe Next Door’ (Smith, 2013), but it is important to understand that all the ideas that I explore in ‘The Vibrating Spirit’ begin with the personal discovery by sane, normal people, that Nobody Dies, that Life After Death actually happens, and the individual personality survives the death of the physical body and continues to live in what can only be described as ‘another universe’. This conclusion has been reached by myself and many thousands of others, ‘beyond reasonable doubt’, on the evidence of incontrovertible messages received from ‘dead’ people known to us, which have been passed on to us by Spiritual Mediums. This was the subject of the first book, and I maintained that this same personal discovery can be made by most people, and requires little more than an enquiring mind, a degree of patience, common sense, and a certain amount of luck.

I also maintained that these investigations can be made outside any religious context, and that the whole subject can be explored and discussed without having to reach any conclusions about the existence, or nature, of God. The Judex books are not religious works.

‘The Vibrating Spirit’ starts then from the premise that we all survive death, and I will make no further attempt to justify or explain my reasons for believing this to be true. Anyone uncertain or sceptical about this should read the earlier book ‘The Universe Next Door’, in which I gave detailed advice on how to go about safely obtaining convincing evidence of Life After Death.

In ‘The Universe Next Door’, I also analysed the content of these messages from Afterlife Communicators, as relayed by mediums and recorded in their thousands over the last century and a half, and I drew some conclusions about the nature of the existence that we are all apparently going to experience for ourselves, sooner or later.

In ‘The Vibrating Spirit’ I am going to put forward a collection of proposals which, if true, might give us some idea of how the so-called ‘Physical Universe’ interacts with the so-called ‘Spiritual Universe’, and how these two states of existence influence each other.

At the beginning of my previous book, I said that I wanted to write something simple, sensible and sane about a subject that can look complex, foolish, or completely crazy. Only my readers can say whether or not I pulled it off, but now I have to try to do the same trick again.

So here I go. Wish me luck, and feel free to interrupt.

The price for this remarkable book in the shops is:

But because we are utterly bonkers, for a limited time we are offering this remarkable book at the special low price of: