The RSPB is celebrating 30 years of its boat trips showing people birds on the Exe Estuary in Devon.

The charity started their ‘Avocet Cruises’ in 1981 and was one the first to offer regular wildlife cruises. They are now part of the RSPB’s hugely popular Date with Nature projects that aim to get people outdoors and watching wildlife across the UK.

Peter Exley, Regional Public Affairs Manager for the RSPB said: ‘When the cruises first started it wasn’t clear if there would be any demand as it was such a novel idea. The first boat we used was the Devon Princess and the very first cruise sold out almost immediately. We were so please we put on a further three.

Reflecting on other changes over the past 30 years Peter added: “Since we started the Avocet Cruises the number of wintering avocets in the UK has risen from less than a thousand to just short of 3400. This gives an impression of how successfully these birds have recovered over the past thirty years.

“And in 1981 the RSPB had a membership of 300,000, and managed 78 nature reserves - today our membership is nearly 1.1 million and we manage 207 nature reserves. This success is we feel in no small part due to the growing popularity of wildlife encouraged through events such as the cruises.”

RSPB Avocet Cruises depart from two locations on the estuary: Topsham and Starcross and passengers are able to enjoy unrivalled views of up to 40 species of bird including avocets, black-tailed godwits, brent geese, little egrets, curlews, lapwings and oystercatchers.

As well as offering people the chance to enjoy an amazing wildlife spectacle, the cruises have also provided a boost to the local economy.

Three separate boat operators, two of which offer RSPB avocet cruises, now take people out on the river to see birds. The cruises also raise valuable funds to support the charity’s work in the South West.

Sarah Webb, who has organised this year’s cruises for the RSPB said: ‘Over the last 30 years we have worked to make these events accessible for as wide a range of people as possible - you don’t have to know your curlew from your dark-bellied brent goose to come have a good time and to enjoy the fantastic scenery and wildlife.’

The cruises start on 10 November 2011 and run regularly to 25 February 2012. To celebrate the 30th anniversary of the cruises the RSPB has also organised three special cruises in addition to its normal programme. On Sunday 20 November, the RSPB is inviting people to join a dawn cruise and watch the estuary wake up. Depart Topsham 6.45am and finish with a breakfast at the Route 2 Café in Topsham. On Sunday 27 November there is a family cruise to discover the special wildlife on the Exe with commentary from RSPB Wildlife Explorers club president and TV wildlife expert, Nick Baker. And on Sunday 22 January 2012 there will be a special photography cruise where you can join experts for a lesson in how to get the most from your compact camera whilst getting some great close up views of avocets and other waders and wildfowl.

On all the cruises there will be a specially produced limited edition Avocet Cruise pin badge available on board.

Avocet Cruises are one of the RSPB’s Date with Nature projects that aim to enable people to get closer to some of the most exciting wildlife in Britain. To book a place on a cruise contact the RSPB on 01392 432 691 and for details visit https://www.rspb.org.uk/datewithnature/146928-avocet-cruises
Posted by Jon Downes at 1:20 PM No comments:

MAUREEN IS BACK - and now she's gone 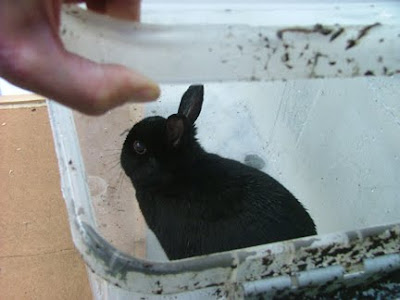 Finally after an intensive campaign of research and trapping, we are proud to announce that the elusive mammal which has been lurking at the top of the CFZ Grounds for days, has now been (re)captured.

For the third time in two years, Graham has managed to trap Maureen the rabbit in a makeshift trap. Later today she will join her erstwhile hutch-mate `Pringle` in her new home, as pets to a young lady called Kelsi (who was last seen in this year's WW intro video playing a mean guitar) 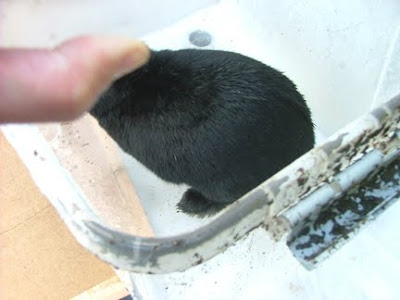 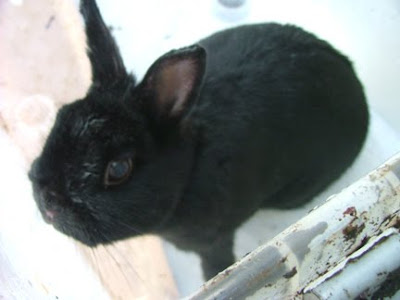 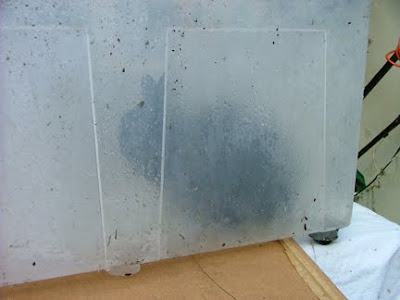 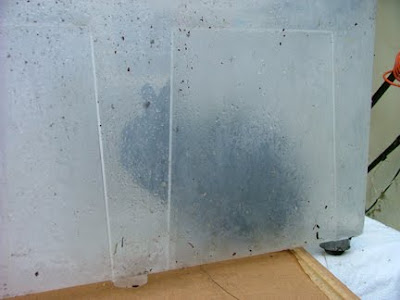 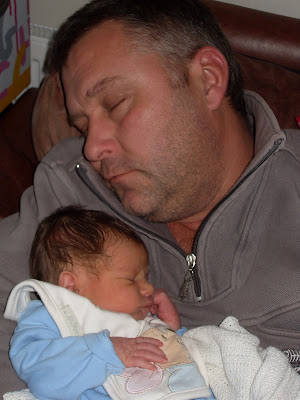 We gave you a head's up the other day that new new generation of explorer/cryptozoologists is upon us - Ladies and Gentlemen, may I introduce Master Flint Archer...

This, however, opens another can of worms. If
he becomes friends with another CFZ sproggy, Richard Pharo's little boy, doesn't the combination of 'Flint Archer' and 'Drake Pharo' sound like an impossibly butch TV show?
Posted by Jon Downes at 1:01 PM 1 comment: ONE OF OUR PHEASANTS IS MISSING Edwards's Pheasant Lophura edwardsi is endemic to the lowland forests of central Vietnam. These forests have been impacted by habitat loss and over-exploitation. The lack of recent records of Edwards's Pheasant, together with these substantial threats, is a serious cause for concern about the species' survival.

Edwards's Pheasant was first described in 1896 and remained virtually unknown until the 1920s. Although the species was described as locally common in the past, it has only ever been recorded from a few sites within a restricted range. Between 1930 and 1996 the species was assumed to be extinct, but surveys in the late 1990s suggested that the species survived in several sites in Quang Tri and Quang Binh Provinces. Since 2000, however, there have been no confirmed records of the species.

HAUNTED SKIES: Some disparate odds and sods, and a plug for Volume Four

On this day in 1995 Paul Eddington died. Eddington was best known for his roles in British comedies, The Good Life and Yes Minister/Prime Minister. There is nothing particularly Fortean about that but Yes Minister is one of my favourite TV shows of all time so I’m sure you can forgive me the indulgence.
And now the news:

A classic clip from Yes Prime Minister, as true today as it was then:
http://www.youtube.com/watch?v=DGscoaUWW2M
Posted by Jon Downes at 11:48 AM No comments:

JUST A SPOT OF HOUSEKEEPING 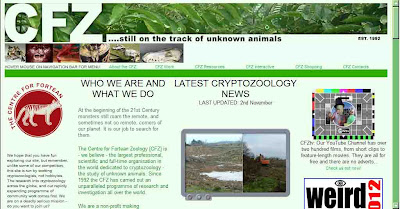 We have done some cleaning up on the CFZ websites. We have got rid of the domain CFZtv.org, and are using our YouTube channel instead. We have fixed a few dodgy links, and amended the blurb about CFZtv. We will be doing more odds and sods throughout the day so if anyone has problems getting on to the site, please be forbearing....

CRYPTOZOOLOGY ONLINE: On The Track (Of Unknown Animals) Episode 51

The latest episode of our monthly webTV show from the CFZ and CFZtv, bringing you the latest cryptozoological, and monster hunting news from around the world.

UNCON UPDATE, AND REQUEST FOR HELP

The CFZ will be at Uncon this year; Richard is lecturing, and Corinna and I will have a stall. However, we will have less CFZfolk than usual, so if there are any blogfolk out there who fancy lending a hand on the stall or doing a spoot of videoing for CFZtv please email me at jon@eclipse.co.uk

By the way, some people were speculating on the FT Message Board that my non-appearance as a speaker is because of my failing health. It is kind of you to be concerned. My health is fairly poor these days, but the main reason I am not on the bill is that there was nothing that I actually wanted to talk about this year..

Email ThisBlogThis!Share to TwitterShare to FacebookShare to Pinterest
Labels: unconvention

I have another link for Cedar and Willow. The bottom part of it includes information and photos on Sky Creatures (Animal UFOs) You might want to look it over.
http://cedar-and-willow.blogspot.com/2011/11/extraordinary-adventures-of-julia-vern.html
Posted by Jon Downes at 9:19 AM No comments: