The legend of the Loch Ness monster is alive again after a mysterious shape was caught on camera.

The legend of Nessie has resurfaced with a new sighting and pictures of the Loch Ness monster.Richard Preston, a landscape gardener, has been the latest person to spot a mysterious shape that might be the Loch Ness monster and capture a series of images on camera.While working on Aldourie Castle gardens on the banks of the Loch Ness, 27-year-old Mr Preston spotted a shape on the loch's surface out of the corner of his eye.He told STV News: “I was just walking through the castle gardens and I spotted something in the distance. When I looked closer I could clearly see the four hump-like features. I thought I’d take a picture of it, to see if there was anything in it, to see what others thought.“I was surprised that it stayed there as long as it did. I took various shots of it before it suddenly disappeared. I literally just turned my back and it was gone.”He showed one of his friends who was also convinced there was certainly some mystery in the pictures.When asked whether or not he believed in the monster, Mr Preston said: “Well there’s definitely something in the myth.There were no ripples in the water, no boats, nothing around. I have no idea what it was, but it undoubtedly looks like Nessie.”The latest sighting has brought hope to monster enthusiasts, as it had been a relatively quiet spell for spotting any activity in the Loch. Fears had been mounting that Nessie might be dead since reports of any sightings had been diminishing.In July 1930, three people in a boat at the north end of the loch saw a 6m long hump-like shape travelling fast through the water. In April 1933, Aldie Mackay saw a violent disturbance in the water and a hump “like that of a whale” while driving along the north side of the loch.

I have seen something today that is puzzling me and wonder if any other Bloggo readers may have encountered this odd bird behaviour. Like most people, I am aware that Magpies will sometimes gather and hoard any glittery and shiny objects they find, but has anyone seen them do this with food items?

Today I put some quite large pieces of bacon fat and other food out for the birds. Along came a couple of Magpies who settled down to eat and after indulging in a selection of peanuts and bread, one of them picked up a strip of the bacon fat, carried it up to the patio and promptly scraped a hole in the snow with its beak, dropped the fat in the hole and pushed the snow back over it, then moved a large dead leaf over the spot.

The same bird repeated this exercise twice more, digging holes, burying strips of fat and after refilling the holes with snow, covered the excavations with a dead leaf. At the third excavation there was no dead leaf close by so the bird jumped down onto the ice-covered pond and ripped out several pieces of decaying water iris leaves and carefully arranged those over the site of its stash.

THE LAST BATCH OF PHOTOGRAPHS FROM THE INDIAN EXPEDITION... FOR NOW 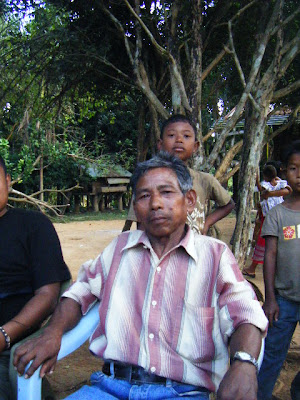 Shireng R Marak, a two-thumbed village elder,
who heard the mande-barung's cry and was chased into a cave by it. 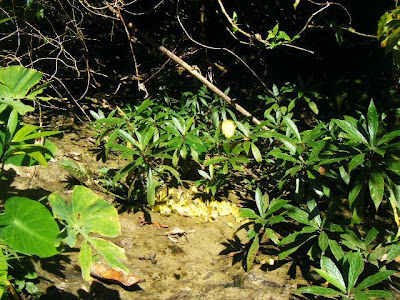 A swarm of yellow butterflies near the jungle stream at Imangri 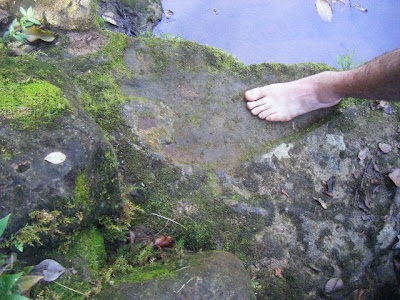 A simulacrum of a huge footprint in limestone near a stream some miles from Imangri,
not to be confused with the real thing. 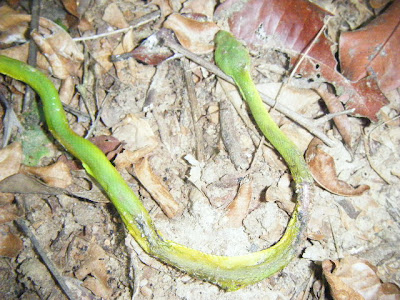 A dead whit- lipped tree viper we found in the jungle. 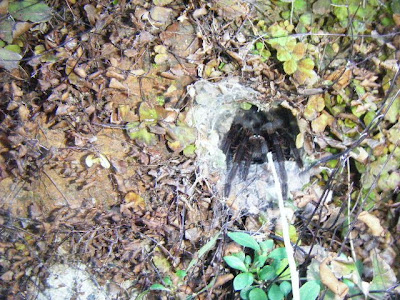 Jon fishing for a tarantula in a hole in the wall outside our lodge.

On this day in 1547 Hernan Cortez died. Cortez was responsible for the Spanish conquest of Mexico and claimed that this was partially due to Aztecs believing he was an incarnation of the feathered serpent god Quetzalcoatl. This has since been disputed by several historians, and was possibly just some post-conquest PR made up by Cortez.

I've seen this unicorn:
http://www.youtube.com/watch?v=QFCSXr6qnv4
Posted by Jon Downes at 12:02 PM No comments:

KARL SHUKER ON THE MONSTERS OF LAKES ILIAMNA AND CLARK

Read all about it dudes and dudettes..
Posted by Jon Downes at 12:29 AM No comments: 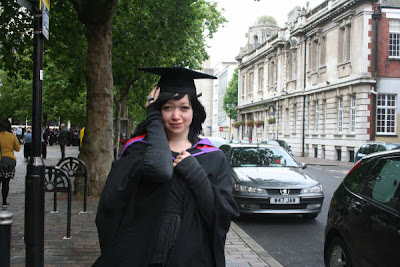 Happy birthday, my dear - you (and your sister) make me the proudest stepdad in the multiverse....