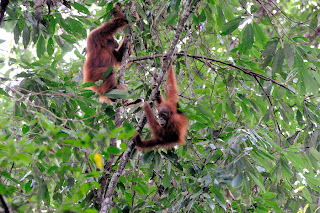 Posted by Andrew May at 3:51 PM No comments:

I have created a network on yahoo groups for the Amphibian Specialist Group, West Asia, that I am currently chairing.

Looking forward to hearing from you.

Email ThisBlogThis!Share to TwitterShare to FacebookShare to Pinterest
Labels: amphibia

MUIRHEAD`S MYSTERIES: SOME UNUSUAL BRITISH ANIMAL RECORDS UP TO THE EARLY 19TH CENTURY

I recently came across a book on Google Books called History of British Animals by John Fleming, 1828. I thought you might find the following records of interest. In the order they appeared in the book are the following:

MARTES. “M.fagorum. Common Martin. ( i.e The Beech Marten) – Throat and breast white. ……. In woods and rocks in the south of Scotland and England. [ possibly confirming Jon Downes`s view in The Smaller Mystery Carnivores of the West of England of the presence of the Beech Marten there-R]. The length of the body is about 18 inches, the tail 10. The general colour of the fur is dark brown, the head having a reddish tinge- It is a great destroyer of poultry and game. Easily tamed. Lodges frequently in hollows of trees, and brings forth from four to six young.” (1)

FELIS. Cat. “The spotted variety, termed the Cypress Cat, is noticed by Merret,[Christopher Merret, 1614/15-1695, an English physician and scientist who compiled one of the first lists of the flora,fauna and minerals of Britain , the Pinex Rerum Naturalium Brittanicarium- see Wikipedia, R] who says (Pin.169.), “ Enutritur in aedibus nobilium.”. I haven`t been able to translate this on any Google translation tool, nor could I find Cypress Cat on a Google serach. (2)

WALRUS “This species is noticed both by Beece (?) and Sibbald, without any facts being stated illustrative of the time or place of its occurrence on our shores. In December 1817,however a solitary individual was shot while lying on a small rock at the Sound of Stockness on the east coast of Harris, which was upwards of 10 feet in length. The tusks measured 3 ½ inches in length. On the shore of Spitzbergen it measures 15 feet in length, and 10 in circumference, and the tusks are 20 inches in length. It has been conjectured, that the ivory bits which Strabo enumerates in the articles of British commerce, were manufactured from the teeth of this animal.Perhaps the influence of civilization may have so reduced the geographical limits of this species, as now to confine its dwelling to the Arctic Seas. It was formerly captured in abundance in the Norwegian Seas.” (3) [ see also Animals and Men 11. ]

NATRIX N.Dumfrisiensis. [This is the Smooth Snake, I include it because of its current distribution in only a few counties in S.England and because of the factor that sometimes, what looks like something odd is actually not so.-R] Dumfries-shire Snake.- Dorsal scales destitute of a mesial crest. “ Plates on the belly, 162. Scales under the tail about 80. This coluber seems to be entirely new, and was discovered by T.W.Simmons, near Dumfries. As only one specimen has been seen, we cannot say much with regard to size……” (5)

Russia, or the one-time Soviet Union, always seemed to be a step ahead of the west scientifically. They did, after all, get the first satellite into orbit, and the first man in space. They seemed to be forward-thinkers and less hidebound and arrogant. In the 1950s, when the interest in the Himalayan yeti was at its peak, most (though certainly not all) had more or less written off the creature. Not so the Soviets. Russian polymath Dr Boris Porshnev seriously considered the existence of such a creature. Unlike most western scientists, he thought the creature might be a relic hominid - a relative of the ancestors of man - rather than a great ape. Here I must personally disagree with him on the nature of the yeti, but that is beside the point. He was a scientist with an active interest in the subject.

Porshnev also found out that there were sightings of superficially similar creatures in the Soviet Union. In the Caucasus, the Pamirs, the Tien Chen and other areas were reports of hairy man-like creatures variously known as almasty, almas, dev, gul and many other names. There were records of encounters with such creatures. These seem smaller and more man-like than the classic ‘giant yeti’ of Tibet and the Himalayas. These could, indeed, be relic hominids.

In 1958 the USSR Academy of Sciences, on Porshnev's initiative, set up a special commission on the "snowman" question and launched an expedition to the Pamirs. Although it did not find a yeti or almasty, the Snowman Commission was in existence for three years. It is hard to imagine any other government being so forward-looking as to back a cryptozoological organisation. During its three years, the Commission amassed a huge amount of information on sightings, both modern and historical. As far back as the time of Carl Linnaeus the creature had been given the scientific name Homo troglodytes.

During the three years, Porshnev compiled and published yearbooks of information on the ‘snowman.’ After the commission was abolished he continued to compile information. Sadly, none of his books have been translated into English and even in Russia his books are rare, one having a print run of only 180. I have tried to get an inter-library loan of this book from Moscow Library with a view to photocopying it for translation, but I never did receive an answer.

In 1960 Pyotr Smolin began a seminar on the subject at the Darwin Museum in Moscow. This encouraged a second generation of researchers including Dmitri Bayanov, Igor Bourtsev, Alexandra Bourtseva, V. Pushkarev, Maya Bykova, V. Makarov, M. Trachtengerts and Gregory Panchenko.

Now 51 years after the Snowman Commission was disbanded, the Siberian government are to set up a research institute based at Kemerovo University dedicated to the study of relic hominids.

Officials of the Kemerovo administration in western Siberia have said that organising an institute or a scientific centre would be a logical continuation of research into the yeti.

Dr Igor Burtsev, director of The International Center of Hominology, will join the brand new research unit if the plans go ahead. He said: "In Russia there are about 30 authoritative scientists who are engaged in studying the phenomenon of the abominable snowman."

"All of them will be integrated into this institute. The primary goal is to establish contact with one of the creatures." Recently 15 local people in the Kemerovo region have reported encounters with a 7-foot, man-like beast with black or reddish hair. Most reports come from the Mount Shoria wilderness.

Let’s hope that this time they have more luck and are given more time to find their quarry.

On this day in 1961 Yuri Gagarin became the first man in space. And now the news:

Zimbabwe Expert: The Truth About Killing 'Problem'...
Paddlefish snaggers put in back-wrenching hours to...
Searching for the Tasmanian tiger in PNG

Here's something most people about my age will have fond memories of, but I suspect it is not a 100% accurate portrayal of everyday life in Tazmania:

http://www.youtube.com/watch?gl=GB&v=2PuKM-oZxLk
Posted by Jon Downes at 12:37 PM No comments: 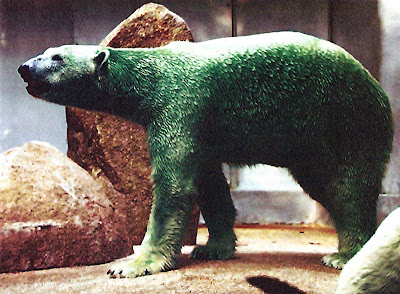