Eyewitness Account Of A Bigfoot Sighting In Southeast Idaho

The following story appeared in the Metro free paper and elsewhere on Thursday, November 4th 2010:

Virgin snake has babies: A female snake has twice given birth to offspring without mating, experts say. The boa constrictor produced 22 babies that have no father. Even more unusual is that the genetic make-up of the babies is unlike any previously recorded among vertebrates, the group which includes almost all animals with a backbone. The captive-born female boa constrictor gave birth at the same time as being housed with four male snakes but DNA tests showed none was the father. That confirmed the first instance of a known virgin birth among boa snakes. ` The results may require scientists to take another look at reptile production,` said Warren Booth, a geneticist at North State University. Asexual reproduction in snakes reproduction in snakes could be more common than thought, he added.` (1)

This story also appeared in HerpDigest vol. 10 issue 47 which said this situation has occurred amongst captive Komodo dragons and insects.

Thanks friends for all birthday greetings. In a strange coincidence, The Guardian`s archive column for Nov. 5th 2010 consisted of a report of Nov. 5th 1966 (the day I was born) on the Surrey Puma.

I`m a man
Torn in two
State and Nation
I`ve got to chose
For on these streets
That I spit upon
There`s no money in my pocket
No soles on my shoes
Ain`t got no religion
But the working man blues…
Posted by Jon Downes at 12:38 PM No comments:

WHILE WE WAIT FOR NEWS FROM THE INDIAN EXPEDITION... 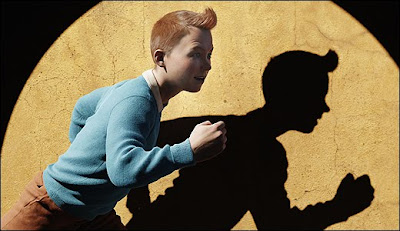 I have been a fan of the Tintin books by Georges Remi (aka Herge) since I was about eight years old, and someone gave me a copy of The Secret of the Unicorn as a birthday present. I was somewhat relieved, therefore, to see this publicity picture when Oliver sent it to me yesterday. It seems perfectly on topic, whereas I had been expecting something horrible like the third, fourth and fifth panels of this.

The world has not completely gone to the dogs.
Posted by Jon Downes at 12:07 PM No comments:

On this day in 1847 the novelist Bram Stoker was born.
And now, the news:

Sea eagles are magnificent birds:
http://www.youtube.com/watch?v=VY3C5tKIGxA
Posted by Jon Downes at 11:59 AM No comments: 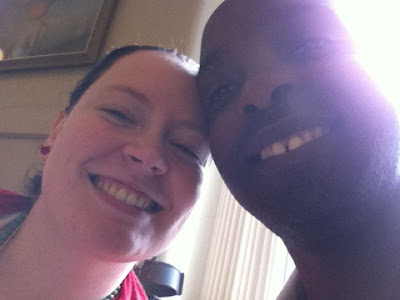 Lizzy, our favourite sub-editor, became engaged yesterday to her boyfriend Paul. In the fullness of time she will be Clare-Elizabeth Bitakara'mire. Many congratulations, my dears. Hopefully she won't break her foot again next year, so she will be able to introduce Paul to everyone at the Weird Weekend!
Posted by Jon Downes at 11:54 AM 1 comment: