A couple of years back the CFZ decided to launch a series of books highlighting the mystery animals of the UK and Ireland with books tackling individual counties. Now Stackpole Books are embarking on a similar series for US states. The first in the series looks at strange beasts reported in the state of New Jersey. Loren Coleman should be familiar to any fortean worth their salt, having been in the field for decades and having penned such classics of the genre as Mysterious America and Curious Encounters. Co-author Bruce G Hallenbeck is a screen writer and film director.

In the book’s introduction the authors state how New Jersey’s monsters are hard to pigeon-hole and they are quite right. The states weird critters seem to defy and attempt to categorize them beyond the most basic and by their nature seem nebulous and fluid.

Case in point is the state’s most famous monster the Jersey Devil, variously described as resembling a bird, a deer, a horse, a dragon, a hairy biped and all kinds of ungodly hybrids of the afore-mentioned. Only the most basic outline of a winged, two-legged creature emerges when the descriptions are examined. The Jersey Devil, like the chupacabra, is likely to be a catch-all term for odd creatures seen in the Pine Barrens. The weird stories about its genesis have likely grown up around the phenomenon rather than visa versa.

Other creatures examined include Bigfoot, with ‘wildman’ reports going back as far as 1759. Stranger by far is the ‘Monkey-Man’ scare of 1982 were the students of all the schools in the Hoboken were convinced in the existence of a simian beast that lurked in school hallways, threw children out of windows and had killed a teacher. Needles to say the fiend almost certainly had no existence outside of the minds of frightened kids but it was a weird precursor to the much later Monkey-Man scares in Delhi, India.

An interesting sideline is given in the chapter dealing with freshwater monsters: the all too real case of a shark that swam 11 miles inland up Matawan Creek in 1911 and killed a number of people. The case supposedly inspired the book and film Jaws.

The best part of the book, though, is the chronological list of all known Jersey Devil sightings. It is the most comprehensive and up to date list available and really does showcase how variable and odd the state demon’s manifestations are.

Monsters of New Jersey is an interesting first volume in what promises to be a highly collectable series.
Posted by Jon Downes at 11:54 AM 1 comment: 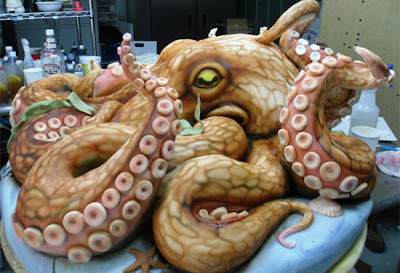 Cakes, like dogs, are inherently good. They can be square or cylindrical, chocolate, coconut, or banana, with icing that's flawlessly applied or slapped on with a trowel; it doesn't matter... it's cake.

Bakers that emphasize appearance should be regarded with suspicion, yet how easy it is to be seduced by craftsmanship.

In short, take a look at this cake by Karen Portaleo of the Highland Bakery at Atlanta, Georgia.
Posted by Jon Downes at 11:40 AM 1 comment: 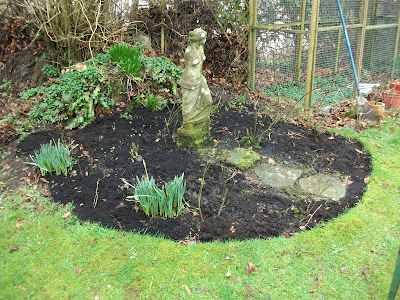 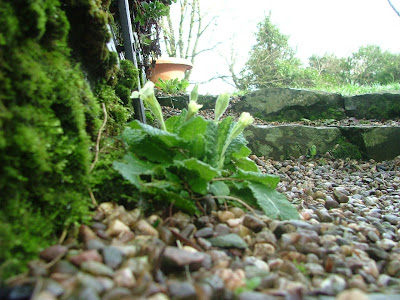 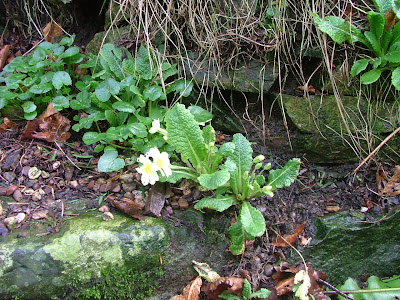 A new blog about Nessie has started. The person does his research quite thoroughly from the posts I have seen so far. Nessie watchers may be interested .

hope everyone is ok.love to all
Lxx
Posted by Jon Downes at 11:27 AM No comments:

On this day in 1978 science fiction and fortean author Eric Frank Russell died.
And now the news:

Bigfoot search planned in N.C.
The 'Bownessie' monster sighted again in UK
Doggone if it's not a yeti hurtling down the ski s...
Sharks sighted off Perth beach

You know what they're going to need:
http://www.youtube.com/watch?v=8gciFoEbOA8
Posted by Jon Downes at 11:26 AM No comments:

http://frontiersofzoology.blogspot.com/2011/02/salute-to-harvey-pratt-native-american.html
Posted by Jon Downes at 11:23 AM No comments: