White Squirrels in Cornwall (Thanks to Penny for this)

What a find this week by holiday makers taking pictures,and a real surprise when I received an e-mail from Tencreek Holiday Park in West Looe yesterday with a picture of their newly discovered white squirrels, what a rare find..

BETH TYLER-KING: Just in case you thought the traffic was bad this morning... 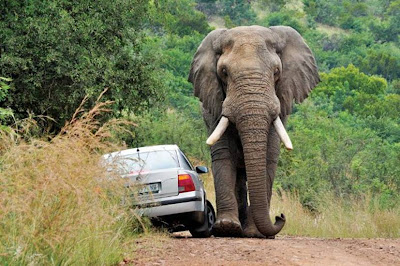 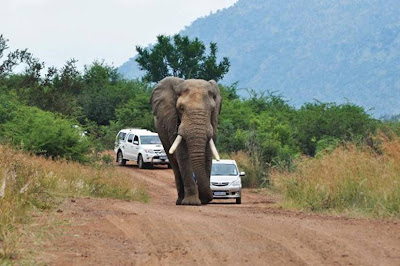 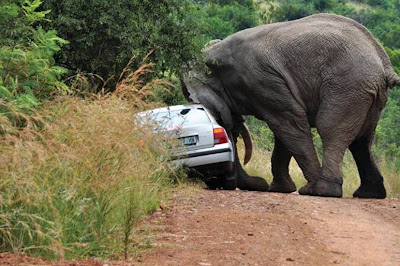 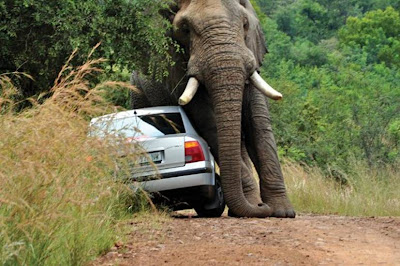 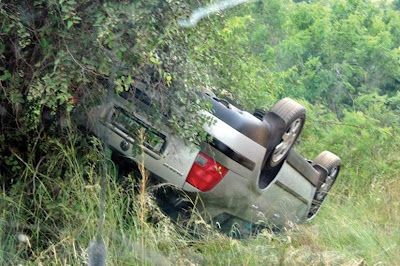 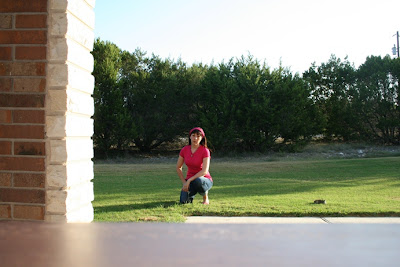 There appears to be something very strange going on in my backyard. This morning I awoke to find the valve box lid on our sprinkler system had come off and was lying beside the valve box. I figured some armadillo or something must have uprooted it, and I went to put it back on. As I neared the valve box, however, I found it full of water. That's unusual. Furthermore, it appeared to be bubbling, as if something living was inside. I cautiously bent down to peer into the water. All I could see, at first, were mosquito larva twisting and turning about. Then, at the very moment that I realized the face of a small creature had risen to the surface and was staring back at me, it darted back down again. I jumped with a scream. It all happened so quickly that I never did see what it was. It appeared to be maybe reptilian more than amphibian, but I can't be sure. The monster hasn't 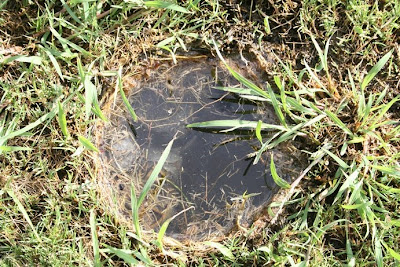 surfaced since my one sighting.
Any ideas what this could be? A tiny eel? A baby sturgeon? Perhaps a miniature plesiosaur? I don't know, but I DO know it wasn't a duck or a log. I'm not exactly sure how deep our valve box is, but clearly it's deep enough to hide this creature. I'm not about to fish around in there until I know more about it. Richie is out of town. When he gets home, I'm going to solicit his help. Until then, there is definitely a puddle monster of some kind in my valve box. I've attached some pics of the puddle and of the lid lying beside it. I may never get a pic of the creature, but I took one of me by the puddle, to say I've been there. Sorry for the poor quality -- the camera just wasn't cooperating when I tried to take the pics.
Posted by Jon Downes at 12:05 PM 3 comments:

This story about a "monster" carcass has popped up on different newspaper-sites: http://www.dailymail.co.uk/news/article-2016781/Couple-walking-dog-discover-30-ft-carcass-sea-creature-rotting-beach.html.


It's discussed now on different sites with speculations ranging from giant eel over gene mutation to killer- and pilote whale...

It's surely a whale of some kind either a killer or a (long-finned) pilot whale. Comparing it visually to a killer whale (http://www.dappercadaver.com/product_images/h/917/Killer-Whale_$780__44829_zoom.jpg) and a pilot whale skull (http://www.turtlejournal.com/wp-content/uploads/2009/02/pw-003.jpg) I think was more likely a pilot whale (the skull is turned upside down btw) what is also the opinion of mammal curators at LNHM.
Posted by Jon Downes at 12:04 PM 3 comments:

On this day in 1968 Rhys Ifans was born. Ifans has had many fortean related film roles, including that of Xeno Lovegood in Harry Potter and the Deathly Hallows part 1, but is perhaps most memorable for his roles in Twin Town and as the Nazi whose acts cause Hannibal Lector to become a serial killer and cannibal in the movie of Hannibal Rising.

Injured Bald Eagle Gets Mouth-to-Beak CPR
Parasitism: wasp uses ladybird as “zombie bodyguar...
Messing with Sasquatch may not be such a good idea...
Dinosaur tracking in Bolivia
Government backs cull of badgers
Hope for world’s most endangered chimp
In a flap: Rescue team called in to catch ostrich ...
Great white sharks amass off Martha's Vineyard

You know what this is going to be before you even click it, right?
http://www.youtube.com/watch?v=67p4hS6vyD8
Posted by Jon Downes at 12:01 PM No comments: 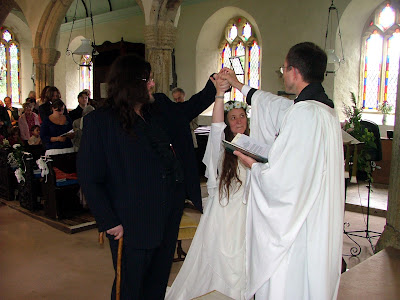