It's a link to a new Halloween-themed article for our local newspaper (print copy and online copy) in which I'm interviewed/profiled:

HALLOWE'EN: A Picture from Lars 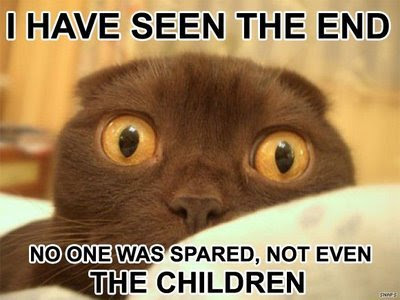 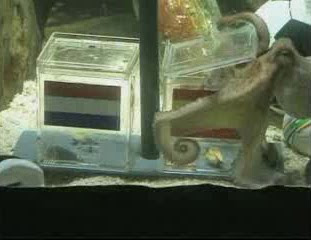 Most men do not care that much about football, despite what the media and lazy advertisers might like to tell you. A fair few will follow their national team during the world cup though, having been lied to by the papers that their team of middle ability also-rans have magically developed the skills to win the cup in the four short years since humiliation at the last one. Myself, I have never liked football; I could at this point launch into a long discourse about exactly what I don't like about the game and the reasons it is inferior to rugby union, F1, swimming, athletics and the countless other sports that the British are good at but often get ignored in favour of football and I'm sure such a diatribe would be very funny but it has no place on a blog dedicated to unknown and unusual animals. The reason I mention football is that during the last period of national embarrassment known as the world cup there actually was something that made me put the TV on rather than relying on an 'Allo Allo' box set to help me avoid the tawdrey and vapid braying of wall to wall football. That something was Paul the psychic octopus.

Paul the psychic octopus must have come as a welcome relief to the British press as it was becoming increasingly clear that the much touted English football team had no chance of winning the world cup and everyone was getting thoroughly bored with reading articles about noisy trumpets.

Paul was a common octopus (Octopus vulgaris) born in the Sea Life Centre in Weymouth, England, in January 2008 before being moved to Oberhausen, Germany's Sea Life Centre. Later in 2008 the German octopus keepers hit on a fun way of getting publicity for the attraction by putting on a little show where they would get one of their octopodes to “predict” the results of Germany's European cup games. They did this by giving the octopus access to two plastic boxes from its tank, each containing an item of food but decorated with a different countries flag, the idea being the first plastic tank the octopus took food from would be the winner of the football match.

The octopus used to make these “predictions” was not Paul and went to the correct box four times out of the six games. Paul got his chance to shine during the 2010 world cup where the plucky 'pus picked the box of the eventual winners eight times out of eight.

That might seem very impressive if you don't know how chance and probability work; in actual fact it is exactly the same chance of occurring as any other set of results. There would have been as much chance of Paul predicting for example three results and five incorrect results as his getting all eight correct; it just seems more remarkable because Paul was lucky enough to pick the right eight. Each time Paul predicted he had a ½ chance of getting the answer right, which again doesn't make it seem quite so remarkable as Paul's achievement was painted as being. Furthermore, it is unlikely Paul would be choosing the box purely by chance; he may well have just been selecting the box with the freshest or largest bit of food in it or making his choice based on which flags had the geometric shapes he found more interesting (octopodes don't see colours so the possibility that he was selecting based on colour schemes can probably be discounted). If the keepers had knowledge of what would tempt him into one box over another it would also be possible for them to further increases Paul's chances of a successful prediction. For example if Germany were to play a match against a vastly inferior team that it would be highly unlikely to lose against, then if you know how to get your psychic octopus to go to the German box it is wise to do that lest you run the risk of your little media celebrity that is bringing in the publicity becoming yesterday's news.

For an example of just what happens when a psychic sports result predicting animal fails to deliver who remembers Mani the Parakeet? Mani was doing more or less the same act as Paul, using cards instead of boxes to make his predictions. The cards were face down so the predictions were more likely to have been based on random luck, or psychic powers if your bread is buttered that way, than Paul's and Mani successfully predicted the outcomes of all the quarter finals and one of the semi-finals. However, as Mani gave the wrong prediction for the result of the final he has been all but forgotten.

As a result of his successful predictions Paul became something of a celebrity but with fame there comes a downside. The more famous and successful you are the more likely it will be that you'll have some creepy little weirdo hoping to garner fame or respect for themselves and to stroke their own ego and unwarranted sense of self-importance by trying to do you down. Often these people are unaware that they are only making fools of themselves and will continue on their tirades often based on their own misunderstanding or lack of intelligence to interpret facts correctly while they become laughing stocks. With Paul this came from a most unlikely source; President of Iran, Mahmoud Ahmadinejad. rn governments and people were hanging on the every word of the prophetic 'pus and spreading Western propaganda around the world. Ahmadinejad actually said:

“Those who believe in this type of thing cannot be the leaders of the global nations that aspire, like Iran, to human perfection.”

That might be going a touch too far; after all it is only an octopus.

Paul passed away on the 26th of October 2010 living about the average lifespan for a common octopus and it remains to be seen whether another octopus will step up to fill his shoes at the next football cup and just how successful they will be.
Posted by Jon Downes at 11:04 AM 1 comment:

HALLOWE'EN: A freaky Feature from Friswell

HAPPY HALLOWEEN!!! Although Halloween has its origins in Britain, it's mainly known as an American holiday, principally because of the Irish settlers bringing their beliefs and customs to the US after fleeing the potato famine of the mid-1800s. Britain has only started celebrating Halloween in the last fifteen years or so, but we have a long way to go before we can compete with our American cousins in their embracing of all things ghoulish and ghastly. I feel postively deprived that we didn't celebrate Halloween earlier--all that trick-or-treating that I missed out on.... 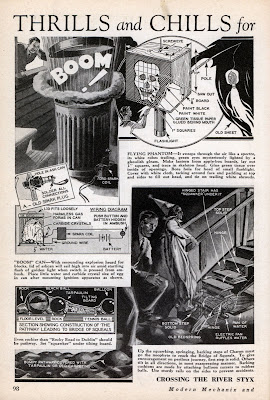 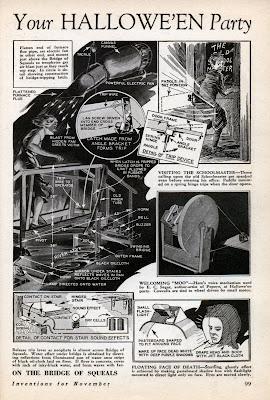 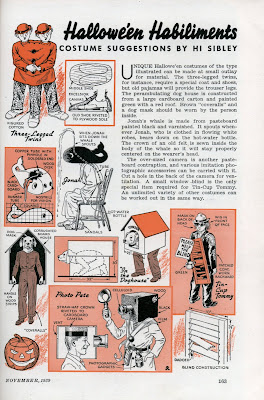 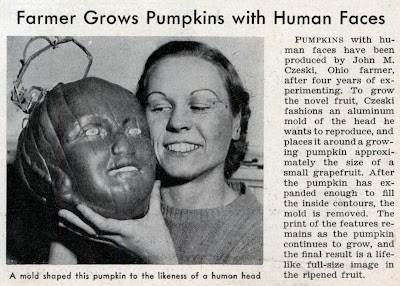 HALLOWE'EN: A story from Corinna

http://cryptochick.blogspot.com/2010/10/cautionary-tale-for-halloween.html
Posted by Jon Downes at 10:55 AM No comments:

On this day in 1926 escapologist, magician and exposer of fake mediums Harry Houdini died. http://www.youtube.com/watch?v=mUbytEgTXZQ
And now, the news:

It's a wonder these chimps didn't rip their keepers' arms off for putting them through this ritual humiliation:
http://www.youtube.com/watch?v=HgzEBLa3PPk
(by the way, despite what it sounds like, the older chimps name is Mr SHIFTer)
Posted by Jon Downes at 10:42 AM No comments: