Interview with Lyle Blackburn
by KBhunter 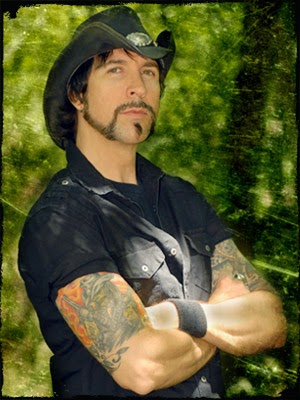 http://bigfootforums.blogspot.com/2014/07/interview-with-lyle-blackburn-by.html
Posted by Jon Downes at 3:49 PM No comments:

*  Jon Downes, the Editor of all these ventures (and several others) is an old hippy of 54 who - together with an orange kitten named after a song by Frank Zappa puts it all together from a converted potato shed in a tumbledown cottage deep in rural Devon which he shares with various fish, and sometimes a small Indian frog. He is ably assisted by his lovely wife Corinna, his bulldog/boxer Prudence, his elderly mother-in-law, and a motley collection of social malcontents. Plus.. did we mention the orange kitten?
Posted by Jon Downes at 1:31 PM No comments:

Asian visitor back after 60 years: Yellow-legged Tortoiseshell butterflies spotted on the east coast for first time since 1953

A rare butterfly has been spotted in Britain for the first time in 60 years, having migrated from Eastern Europe.

The only previous record of a wild Yellow-legged Tortoiseshell in Britain was in 1953, when it was seen just once in Sevenoaks, Kent.

In the past week there have already been four confirmed sightings, along the East coast in Norfolk, Suffolk and Kent, and six further reports of the butterfly in coastal areas stretching as far north as Lincolnshire. Conservationists are very excited about the sightings, which are as rare an occurrence as anything in the butterfly world. Richard Fox, of the Butterfly Conservation charity, said: ‘The Yellow-legged Tortoiseshell usually is seen in Eastern Europe - we have only one recorded sighting in this country before now, and that was in 1953. ‘So to have up to ten sightings in a week is incredibly exciting.’

New at the Frontiers of Anthropology:
http://frontiers-of-anthropology.blogspot.com/2014/07/tracking-first-americans.html
Posted by Jon Downes at 12:42 PM No comments:

ON THIS DAY IN 1789 -
Robespierre, a deputy from Arras, France, decided to back the French Revolution.

AND TO WHISTLE WHILE YOU WORK...
Posted by Jon Downes at 7:34 AM No comments: