THE MONSTROUS ART OF SIDNEY SIME Posted by Jon Downes at 4:51 PM No comments: 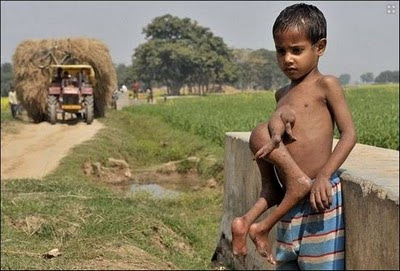 This was sent to me this morning with no explanation. I pass it on for what it is worth...
Posted by Jon Downes at 1:41 PM 1 comment:

On this day in 1844 the last breeding pair of great auks were killed.
And now the news:

Tiny turtle unimpressed by touching:
http://www.youtube.com/watch?v=is0TW5C5m04
Posted by Jon Downes at 11:26 AM No comments:

ANOTHER PEEK INTO DALE'S MAILBOX

The midle one of the "Mailbag" series of blog postings is now ready:
http://frontiersofzoology.blogspot.com/2011/06/some-more-from-mailbag-ii.html

And it is most likely the most important one of the bunch: there is a part 3 for the day after but it is mostly there for fun and as a recap for relevant blog postings. Next weeks things return to a (relatively) normal status.

OLL LEWIS: If you go down to the woods today…

You’re in for a big surprise, because it looks like the Tories are STILL plotting to sell them off. You’ll recall that there was, supposedly, a government U-turn on this subject where they announced after a public outcry that they had decided against the short term gain and long term pain selling off the forests would cause. The environmental advantages of forests are obvious, from providing habitat for some of Britain’s rarest species to removing carbons and other pollutants from the air and environment. What is less obvious to the casual onlooker is that forests bring in jobs and can revitalise rural communities. That’s right, jobs, those things that people need if you want to get an economy working again. Even better than this the amount of profits generated by a forest can go into financing the plantation of more forests and you would, providing you didn’t go nuts with the rate of new plantations and site acquisition, still have a nice chunk of money left over to give to the treasury.

Forests, when managed correctly, can be quite profitable indeed and it would be insane to sell them at any time, not least at a time of financial crisis when it will be a buyers market. Unless of course you are the buyer, getting paid cash in brown envelopes from the buyer or the buyer is a friend or family member… If the sale of most of Britain’s forests goes ahead I would expect those qualifiers would turn out to apply to a lot of MPs involved in the sale, we all know from the expenses scandal there are a few MPs to whom personal nest feathering is a greater priority than serving their constituents. Add to that there has NEVER been a convincing argument made as to why the sale of most of the forestry assets of the country would be a good idea.

So what exactly is happening? Well a ‘panel of experts’ has been appointed by the government to look at the proposals and others about the future forestry in the UK. In practice these ‘panels of experts’ are appointed by the government and leaned on to come to the same conclusions as the government in order to rubber stamp the sell off policies. This is exactly what they tried to do with the NHS but it backfired and eventually they ended up only being able to implement a few of the barmy suggestions that were given due to public pressure from groups like 38 Degrees, the same one that was instrumental in getting the government to make a U-turn before. So how do the majority of the British public make their voices heard on this issue too? Well for starters if the plan is to have this panel of experts rubber stamp the sell off policy then you need to write to your MP to remind them that you’ve not forgotten about the issue and you still feel as strongly as you did before. Make sure you are polite as if you are not it will be easy for the MP to dismiss you as someone who would never vote for them anyway and throw out your letter without bothering to read it properly. Make sure that you send a proper letter too, not an email as an email might just be dumped in the spam bin either by accident or on purpose and with a letter the MP has to take notice of it as it could be an important letter.

The next thing to do is to tell the ‘panel of experts’ your views. If you do so alone then there is a chance that however profound your views may be, be they economic, scientific, or poetic, then you might be a bit like a lone voice in the wilderness and your opinion might be easy to dismiss. However, the afore mentioned 38 Degrees pressure group (other pressure groups are available, but this one is doing things the right way so far and have also been quite successful and democratic) is collating the opinions of the British public to hand to the panel in one big pile. This will very graphically illustrate to the panel just how much strength of feeling there is about this issue and that it can’t be swept under the carpet as easily as it might be hoped by certain people. To add your voice to this survey follow the link: http://www.38degrees.org.uk/page/s/give-your-answers-to-forests-panel-questions#petition

It is worth remembering as well that even if you voted Tory or LibDem nobody voted for the coalition, at best they should just be a caretaker government and no one party should act like it has a mandate (in this case the Tories) or try to heap the blame for their own policies on their few junior partners without whom they wouldn’t be there in the first place. So it is especially galling when policies like these which involve the sell off of national assets owned by the taxpayer when they have no right to do so, dress it up however you like it amounts to theft.

A private firm could easily buy up forests, if offered for sale, and just clear fell the lot there and then in order to recoup the money and build an out of town shopping mall or various other things on the site where you can charge artificially high rents. Capitalism is fine in its place but this, like deforestation of the Amazon, is not its place. It is not right to destroy rare habitats just to make quick profits, especially when there are plenty of derelict sites in the UK that could be redeveloped at a much lower cost to the environment. Many such sites may actually be in government hands and a far better thing to sell off if private firms really are so desperate for land.

Don’t let the government get away with sneaking this through, write to your MP and fill out the survey. If you think “It’s ok, someone else will write, I needn’t bother.” Then bear in mind that is probably what everyone else is thinking too. If you don’t try to do something about it if the law is passed then you have no right to complain about it because by your silence you helped enable this. So if you like forests they need your help right now, so write to your MP and fill out that survey as soon as you’ve finished reading this blog.
Posted by Jon Downes at 9:38 AM 1 comment: