One man, named Brian Richardson, has taken the stories behind many of these creatures, and used 3D printing to bring them into reality. Richardson, Founder and Designer of Mythic Articulations has designed dozens of skeletons of some of the most popular mythical creatures and cryptids that are still talked about today. “About a year and a half ago I decided I wanted a bird skeleton, for no particular reason,” Richardson told 3DPrint.com. “I had just learned about 3D printing, so I learned 3D modeling over the next few months and printed one. After that, I made a few other ‘real’ animal skulls and a few plants, and then decided to make a Chupacabra Skeleton. I’ve always had an interest in cryptozoology, and mythology, so that’s where the idea came from.” The idea ended up expanding into much more than a couple 3D printed animal skulls and plants. Richardson, now has well over three dozen skeletons of these creatures listed forsale in his Etsy shop. They are some of the most unique articulations that you could ever come across, and since they are priced starting at $45, they are certainly something that just about anyone with a fascination in mythology could afford.

“I use the program ZBrush to sculpt each one,” Richardson told us. “I start from a virtual ball of clay, and push, pull, cut, and move it around until it looks like whatever part I’m making. I use lots of reference photos of actual animal skeletons. I’m to the point where a lot of the parts for new creatures are already made (skulls, wings, spines, etc.) and I can just mix and match them with a few adjustments to have a new skeleton.” 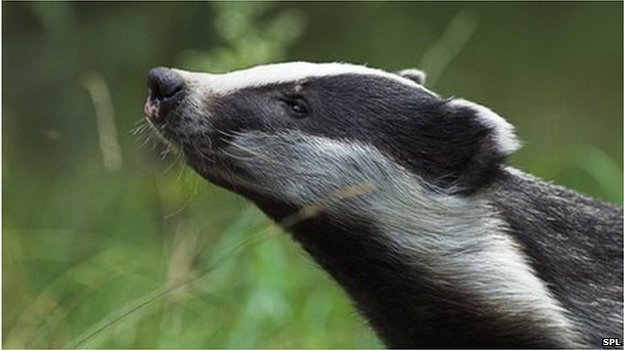 New TV Special About Killing a Bigfoot Coming in October

Bigfoot Evidence
"Bobby Hamilton and Jim Lansdale, founders of the Gulf Coast Bigfoot Organization (GCBRO) take their team and hit the woods in a bigfoot television ...

First trailer for Exists is essentially The Blair Witch Project, but with Bigfoot

Blastr
The director of The Blair Witch Project is going back to the woods with a new found-footage horror flick — but he's traded in witches for Sasquatch.

News Radio Wood
In Barry County deputies have found two people who they say stole a statue of Big Foot out of someone's back yard. Witnesses say the two heist the ...

Have You Ever Seen a Bigfoot Do This?

Bigfoot Evidence ⋅ Matt K.
Will Jevning of Sasquatch Chronicles relates a bigfoot story in which the witnesses observe strange behavior from a bigfoot. Jevning requests that if ...
Posted by Jon Downes at 12:34 PM No comments:

*  Jon Downes, the Editor of all these ventures (and several others) is an old hippy of 54 who - together with an orange kitten named after a song by Frank Zappa puts it all together from a converted potato shed in a tumbledown cottage deep in rural Devon which he shares with various fish, and sometimes a small Indian frog. He is ably assisted by his lovely wife Corinna, his bulldog/boxer Prudence, his elderly mother-in-law, and a motley collection of social malcontents. Plus.. did we mention the orange kitten?
Posted by Jon Downes at 12:28 PM No comments:

ON THIS DAY IN 1939 - The first successful flight of a jet-propelled airplane took place. The plane was a German Heinkel He 178.


AND TO WHISTLE WHILE YOU WORK... (Music that may have some relevance to items also on this page, or may just reflect my mood on the day)
Posted by Jon Downes at 1:29 AM No comments: