Posted by Jon Downes at 9:17 PM No comments:

MUIRHEAD`S MYSTERIES: A Huge Elephant Seal in the South Atlantic 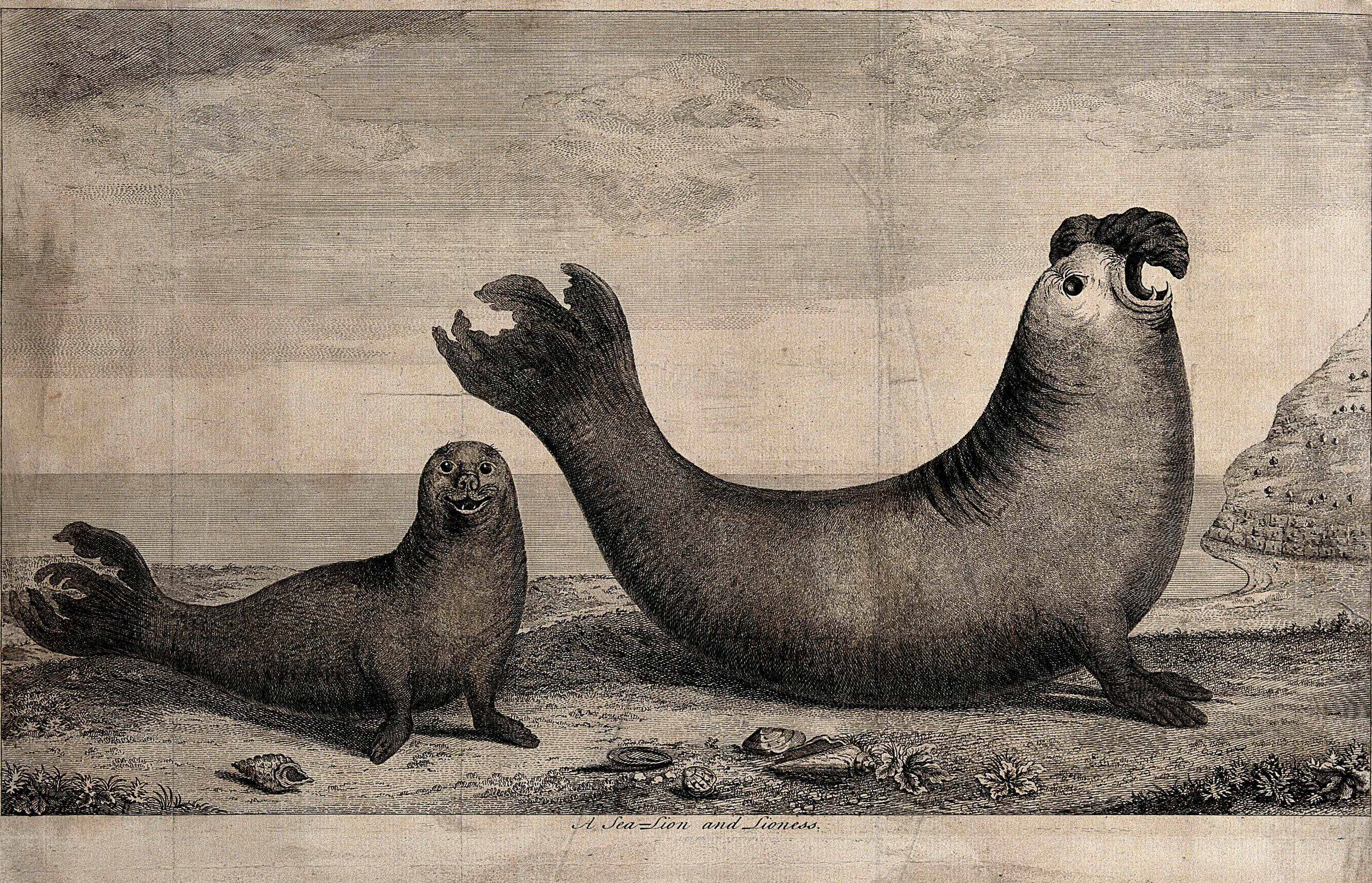 The following strange story, concerning a 42ft long sea elephant, if the original newspaper story is to be believed, comes to you from the Alaskan newspaper the Petersburg Weekly Report of June 24th 1916:

" A year or two ago a warship of Great Britain`s Australian fleet was given the strange job of capturing or destroying a mysterious sea monster which had been reported off the Falkland islands, the scene of the recent German naval defeat [this would have been on December 8th 1914 - Rich] It is pretty safe to say that the officers, if not the crew, entertained grave doubts of the actual existence of the frightful creature which had been described. It was too terrifying,hideous, gigantic and ferocious. But shortly after the ship arrived in the waters where the monster.And a pretty good substance  it proved too.

An attack was made upon it, and after some hours fighting with harpoons and quick firers the mysterious monster , which proved to be a sea elephant between thirteen and fourteen yards long, was slaughtered and taken aboard. "

Now either there is a mis-print in the text and it meant 13 or 14 ft, or we have an unknown aquatic mammal here, maybe a southern hemisphere version of the north Pacific Steller`s Sea Cow, After all the climate around the Falklands is similar to the coastal regions of Alaska and Siberia where the Steller`s Sea Cow once lived.
Posted by Jon Downes at 2:16 PM No comments:

Posted by Liv McCarthy at 11:08 AM No comments:

Grassyknoll
GrassyKnoll July 19, 2017 0. From Brenton Sawin's Mysteries to Search comes the conclusion tot he interview that rocked the bigfoot community.

UK News
A photo taken in the west Stirlingshire village of Killearn shows a strange looking creature with a distinctive long neck roaming through a field.

LIZ BITAKARAMIRE: WHERE IS ROD HULL WHEN YOU NEED HIM?

I have been meaning to write this blog post for a couple of weeks now, so forgive me if this is old news...

The Rochdale Observer reported on Wednesday 21st June that the Animals in Distress Sanctuary of Littleborough, Rochdale recently lost a relative of the emu. The '5 ft' rhea, which was donated to the charity and upon arrival, promptly leaped a six-foot fence on the property, before naffing off onto the moors.

Sanctuary manager Melanie Dunne attempted to catch the rhea with the help of her staff but all attempts have so far resulted in failure. They did find it on Blackstone Edge Rd after a tip-off, but it "shot off at about 20mph" before it could be apprehended.

Journalist Damon Wilkinson writes: 'It eats grass and will be able to survive on the moorland, but Melanie says she is eager to get it back.

'A number of sightings of the bird have been reported to the sanctuary, which takes in unwanted and abused pets and farm animals and is currently home to dozens of lizards, snakes, goats, sheep, horses, alpacas and [much to Jon Downes's no-doubt excitement, Lizzy's addendum] chickens, since its escape.'

If anyone in the area has seen the rhea, or has a quad-bike staff can borrow to give them a cat-in-hell's chance of keeping up with it, please call on 01706 371731.

ON THIS DAY IN - 1553 - Fifteen-year-old Lady Jane Grey was deposed as Queen of England after claiming the crown for nine days. Mary, the daughter of King Henry VIII, was proclaimed Queen.
And now some more recent news from the CFZ Newsdesk