In an article for the first edition of Cryptozoology Bernard Heuvelmans wrote that cryptozoology is the study of 'unexpected animals' and following on from that perfectly reasonable assertion, it seems to us that, whereas the study of out-of-place birds may not have the glamour of the hunt for bigfoot or lake monstersl, it is still a perfectly valid area for the Fortean zoologist to be interested in. So, after about six months of regular postings on the main bloggo, Corinna has taken the plunge and started a 'Watcher of the Skies' blog of her own as part of the CFZ Bloggo Network.

CRYPTOLINK: Sasquatching' in the Sierra: Searching for bigfoot near Lake Tahoe

TAHOE/TRUCKEE — The hairiest experience Chuck Langrill ever had while he was out ‘Sasquatching' in the Sierra Nevada took place one night as he followed a riverbed into the mountains.

Searching for signs of the elusive bigfoot in the soft mud, he heard whooping vocalizations coming from both sides of a nearby valley. So like any good Sasquatch searcher, Langrill sat down and waited as the sounds got closer.

“I was sitting there with my camera in my hand. I just had a feeling something was going to happen. Then the trees start to move and I see this black, furry thing,” Langrill said.

The shape that emerged turned out to be nothing more exotic than a resident black bear, but Langrill said he's convinced he was surrounded by a group of Sasquatches that night. The whooping sounded just like a primate's cry, he said.

In search of the elusive beast

Langrill, who runs the website Sierra Tahoe Bigfoot Research (sierratahoebigfoot.com), didn't catch a glimpse of a bigfoot on that trip. In fact, during the four years since he founded the site that's dedicated to research of the giant primate and its habitat in Tahoe and the Sierra Nevada, he's never seen one.

But that hasn't damped his confidence in the species' existence.

California is second only to Washington state when it comes to reported bigfoot sightings, according to the Bigfoot Field Researchers Organization. More than 420 Californians have posted alleged sightings online, 41 of which occurred in Placer, Nevada and El Dorado counties.

But in an arena overrun by amateur researchers, the anthropological has morphed into the mythological. Photos of the eight-foot primate are too blurred to make out, bones decompose rapidly or are scavenged too quickly to find again, and some sightings turn out to be people masquerading in hairy ape suites.

“Probably what it's going to take is someone is going to have to capture one. I don't think a picture is going to do it,” Langrill said.

Even a recent DNA study led by researcher Melba Ketchum that purports to confirm the existence of the large primate has already lost some credibility in the ensuing “soap opera,” Langrill said. Though the study hasn't been published, findings suggest that the animal emerged about 1,500 years ago as a hybrid species related to modern Homo sapiens and another unknown primate.

The report, leaked through Facebook, didn't follow the traditional methods of academic dissemination and it's unclear where the DNA came from. According to Langrill, the sample came from a piece of meat, called “The Steak,” that was cut off a Sasquatch killed in the Sierra Nevada, but he admits there are many ways it could have been tainted. 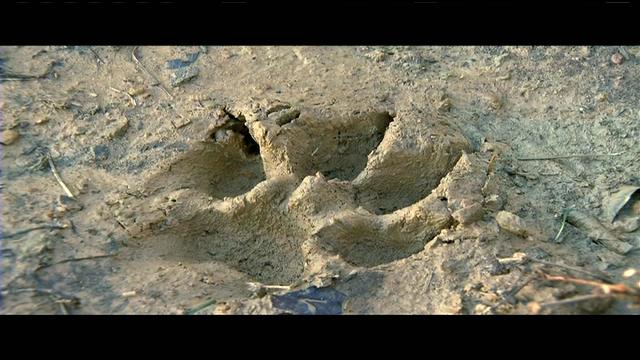 LOUISVILLE, Ky. (WDRB) -- A mystery in Shelby County has people on high alert. Something is on the prowl, attacking animals and leaving them for dead. People say a creature attacked six goats -- five of which had to be put down -- and four calves in the past couple weeks. Rusty Newton, Deputy County Judge Executive, says, "It's not doing it to kill the animal to eat, these animals are just being mauled. That's where the mystery is at this point."

Neighbors say it lurks in the woods, and only comes out at night. No one has seen the creature, but people are on the lookout. A couple found what they believe are tracks from the animal.

Karl Shuker investigates the grisly case of Scotland's graveyard-inhabiting, corpse-devouring earth hound - truly, an x-rated cryptid if ever there was one!

So I finally finished my Christmas shopping yesterday. Mother and I trudged around Barnstaple in the rain (she 4ft 11, and me 6ft 7) looking like something from a grotesque caricature of a Victorian street scene. Corinna went grocery shopping thisa morning but forgot the credit cards and is on the way home again. I spoke to Michael Des Barres last night about his forthcoming reissues and his Rolling Stones tribute gig in LA the other night, and am presently reading an extraordinary biography of Evelyn Waugh. So life goes on.

*  The Gonzo Daily is - as the name implies - a daily online magazine (mostly) about artists connected to the Gonzo Multimedia group of companies. But it also has other stuff as and when the editor feels like it. The same team also do a weekly newsletter called - imaginatively - The Gonzo Weekly. Find out about it at this link: http://gonzo-multimedia.blogspot.com/2012/11/all-gonzo-news-wots-fit-to-print.html
*  Jon Downes, the Editor of all these ventures is an old hippy of 53 who - together with his orange cat - puts it all together from a converted potato shed in a tumbledown cottage deep in rural Devon. He is ably assisted by his lovely wife Corinna, his bulldog/boxer Prudence, his mother-in-law, and a motley collection of social malcontents. Plus.. did we mention the orange cat?
Posted by Jon Downes at 11:43 AM No comments:

On this day in 1946 famous bender of spoons and getting people to touch tv screens to make the English football team loose matches, Uri Geller was born.
And now the news:


Because Uri Geller is Jewish it's a Hanukkah song today instead of a Christmas one. I present to you the most rudest, most innuendo laden song in the world NOT sang by George Formby, enjoy:
http://www.youtube.com/watch?v=WKreDYVWark
Posted by Jon Downes at 10:47 AM No comments: