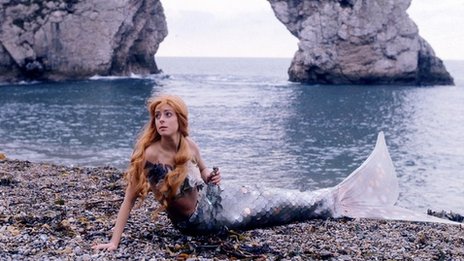 Loch Ness is known all over the world for its legendary monster, Nessie. But it is far from the only creature said to inhabit Scotland's lochs. Could you place the locations of Lizzie or the slug pig?
Morag, a lesser-known cousin of the Loch Ness Monster, was in the spotlight last week.
Researchers had found accounts at the University of Edinburgh library of the mysterious creature from the 1900s.
Read on...
Posted by Jon Downes at 3:29 PM No comments:

Posted by Jon Downes at 3:27 PM No comments:

Recently I experienced a bit of a problem with one or two neighbourhood cats which were engaged in a literal pissing match, partly involving my back yard. A new, pure white[1] cat had recently arrived, and was trying to establish territory by scent marking; the residents were resisting by similar methods.

Faced with a back yard reeking of cat pee, I at first tried scent deterrents, making my back yard at first reek of Jeyes Fluid, then of garlic essence. Neither worked for long, and nor did lemongrass oil, or citrus oil (though the yard smelled quite nice). Then I tried putting one of these devices out, a couple of feet away from where a cat jumping down into the yard would land.

The yard is monitored by a CCTV camera, so I was able to see the result. A couple of close encounters with a horrible hissing monster in the dark was enough; the pissing match has been postponed indefinitely.
So, might I suggest deploying one of these things near where you'd prefer the cat not to go? All it does is hisses loudly and unexpectedly close to the cat, which is apparently a hell of a shock for a feline, though it is otherwise harmless. They soon learn to avoid it, though, and it is less intrusive than scent deterrents.

[1] Cats in my neighbourhood have a sadly limited lifespan, mostly due to traffic. A pure white individual, even a widely ranging one, would likely live longer due to being more visible to traffic.

Benny just published one too-
New on Benny's Blog, the Ominous Octopus Omnibus:
http://bennypdrinnon.blogspot.com/2013/03/flash-gordon-kurtzman-and-frazetta.html
Posted by Jon Downes at 3:18 PM No comments:

Birds are target of 'inhumane' abuse

We were told that Leo (or sometimes 'Buttons') was supposed to have been kept in for up to five weeks before we let him out. However, he has so far escaped seven or eight times and always came back. So yesterday we gave up the unequal struggle; we bought him a collar with a name tag, and a bell to warn birds, and let him out. It was obviously the right decision because he has been popping in and out ever since, and is much calmer.

*  The Gonzo Daily is - as the name implies - a daily online magazine (mostly) about artists connected to the Gonzo Multimedia group of companies. But it also has other stuff as and when the editor feels like it. The same team also do a weekly newsletter called - imaginatively - The Gonzo Weekly. Find out about it at this link:
http://gonzo-multimedia.blogspot.com/2012/11/all-gonzo-news-wots-fit-to-print.html
* We should probably mention here, that some of our posts are links to things we have found on the internet that we think are of interest. We are not responsible for spelling or factual errors in other people's websites. Honest guv!

*  Jon Downes, the Editor of all these ventures (and several others) is an old hippy of 53 who - together with his orange cat (who is currently on sick leave in Staffordshire) and a not very small orange kitten (who isn't) puts it all together from a converted potato shed in a tumbledown cottage deep in rural Devon which he shares with various fish. He is ably assisted by his lovely wife Corinna, his bulldog/boxer Prudence, his elderly mother-in-law, and a motley collection of social malcontents. Plus.. did we mention the orange cats?
Posted by Jon Downes at 1:47 PM No comments:

On this day in 1879 Albert Einstein was born.
And now the news:


An account of Albert Einstein's parents' courtship and his birth set to music:
http://www.youtube.com/watch?v=L_855eL0EOA
Posted by Jon Downes at 1:47 PM No comments: