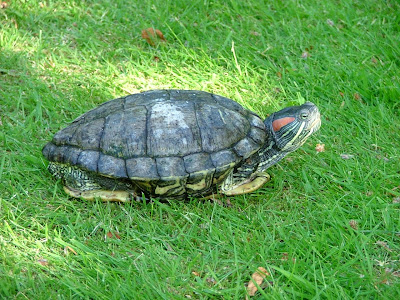 Regular visitors to the CFZ will remember a large and slightly bad-tempered-looking terrapin who lived in a bathtub outside the museum. Sadly, Max found her dead in her winter tank the other morning. This is the end of an era because she was one of the last reptiles we had that came up from Holne Court in 2005/6. - the others have been re-homed or have died.

Rest in Peace Gladys
Posted by Jon Downes at 1:43 PM No comments:

Email ThisBlogThis!Share to TwitterShare to FacebookShare to Pinterest
Labels: Gladys

DALE DRINNON: Clarifications on "Dzu-Teh" as The Big Yeti, Together with an Ecological Specification For It 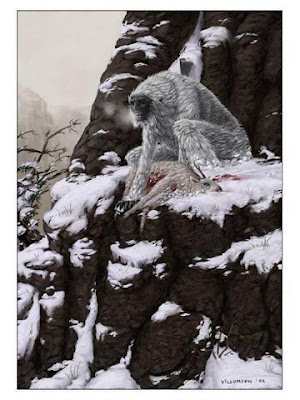 The Tibetan stories go that the larger Yetis are eating yaks preferentially and living up in the highest terrain. There is one name that Ivan Sanderson favoured for the Big Yeti and that was Dzu-Teh. His book says that means 'The Hulking Thing' but an alternative interpretation is that it means 'Yak-Bear', Dzo meaning the domesticated yak-hybrids the Tibetans usually raise. And so it should be spelled Dzo-dred. After some consideration, I still think that must be the Big Yeti for several reasons, a couple of them already noted in captions to the pictures. The main reason is that they can be reported in areas where there are no bears (Sanderson notes that in the book Abominable Snowmen, 1961, p. 323) they behave differently than bears, go to different places than the bears would go and do different things in a different way. They go uphill into the permanent snows when the bears would be going down and they kill yaks by breaking their necks, which is not the way a bear would ordinarily do it. And I have specific native artwork of the type on the triangular stamp from Bhutan, where an example is shown ripping a human victim in half, holding him above his head. Bears do not have human or ape-like shoulder joints and can no more get their arms up over the head and spreading them out any more than giant ground sloths could. Besides which, the creature is depicted as having the limb proportions of a gorilla. 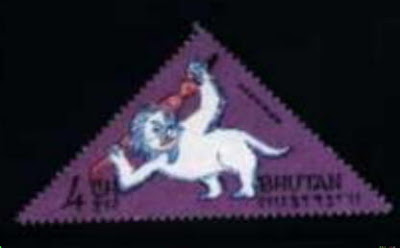 So I still think the Dzu-Teh is the Big Yeti even if the name DOES mean Yak-bear, because in this case the word 'bear' is generic for 'Predator.' The word 'dred' CAN be used as bear in the specific sense, but it can also be 'varmint' in the general sense according to other sources. Furthermore, the usual term Meh-Teh as 'manbear' is the same term used in China and elsewhere, and translated as 'wildman' (but can even be used as 'Bear-MONKEY') 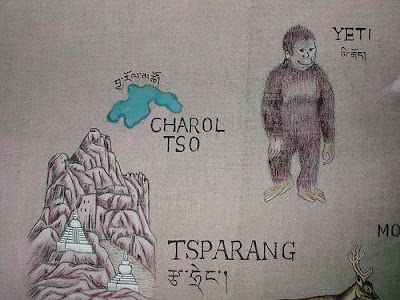 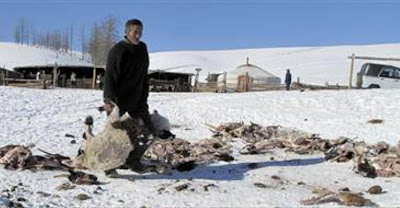 There are several reasons why the Dzu-Teh should NOT be an ordinary bear, and the fact that it has taken up a life as a specialist yak-raider is one of them. That is not ordinary bear behaviour in Tibet. The other main reason is that they live generally at a higher altitude than the usual (blue) bears do and the ranges for either type are entirely different. That and the fact that their tracks are entirely different. 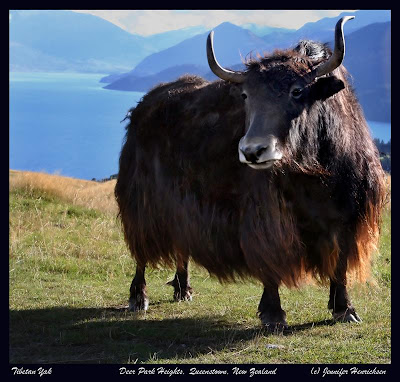 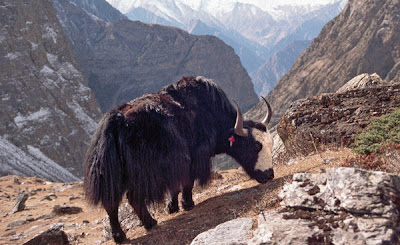 The range at a higher altitude is what is specified in the description of the largest yetis and in fact this coincides with the range of the wild yaks (The yak steppe - SEE MAP BELOW).
The brown (blue) bears ordinarily live in a different georaphic area at a lower altitude (the wild ass steppe). 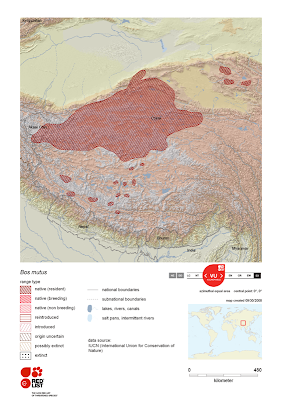 The bigfoot-like big yetis in this region seem to have gone into specialisation as beef-eaters and live almost exclusively on yaks, something along the lines of the Plain Indians (Indigenous Peoples) of the Old West. The yetis live primarily on calves or older, sick and dying yaks, but they also seem to have made a career out of seeking out animal victims of bad winters (winter kills) and storing the carcasses away for future use, at the higher altitudes. Hence they go up the mountains where bears would come down (as noted by Heuvelmans) Sanderson also mentions that they are supposed to crack open long bones for the marrow, which would be a hominoid activity if they are using rocks to do so.

The Tibetan sources when speaking of 'wildmen' (as opposed to bears) do seem to imply that they know of a creature like a chimpanzee and then again a larger one like a gorilla. That would be the same as Heuvelmans's little yeti and big yeti, and the little yeti is the one like a chimp that leaves the 'Mitten' track. It eats meat in small packages, like mouse-hares at maximum size. The big yeti is the one the Tibetans compare to a gorilla, and it takes on larger prey, including humans according to reputation. Its tracks are almost exactly like human tracks but up to 18 and even over 20 inches long. The footprints match the Sasquatch and this is the one that Sanderson, Heuvelmans, et al, call a surviving Gigantopithecus.

Heuvelmans also says it is the Rimi, as a general name for it: Rimi means simply 'man of the mountains' (which is about the way Sanderson has it): in the north of Tibet the name Jez-Tyrmak probably means about the same in Mongolian. The Jez-Tyrmak is supposed to be grey in colour (getting lighter in age and according to altitude, by the reports) but it has copper-coloured nails. I would suggest they are stained by ripping up animal carcasses. The scratch of their nails is probably septic. 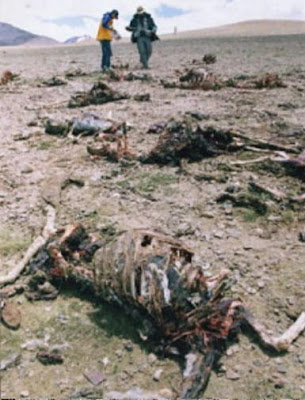 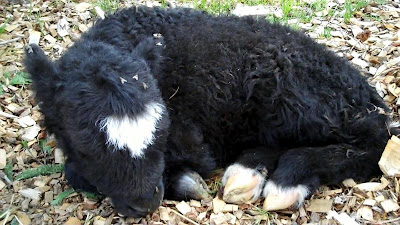 Last month's positions in this pinky colour, which I think is called cerise. It was a pretty good Christmas. Hopefully tomorrow we will have the top 10s for the whole year for you. And they do have some real surprises.
Posted by Jon Downes at 12:43 PM No comments:

On this day in 1941 Hayao Miyazaki (宮崎 駿) the co-founder of Studio Ghibli was born.
And now, the news: