My appeal for volunteers during the keynote speech at last year's Weird Weekend was answered by enthusiastic young couple Tim and Graidi Taylor-Rose. Every other Sunday they wind their way to Woolsery and do CFZ stuff that has been long overdue. This includes going through nearly a century's worth of the Transactions of the Devonshire Association, which are on loan to the CFZ from our old pal Lionel Beer

I have always been interested in freshwater jellyfish and the matter has come up on several occasions on these pages but I never knew that the first UK records of them in the wild were in Exeter....

In June, 1880, the late Sir Ray Lankester made known, through the pages of Nature, the discovery of a freshwater medusa that had appeared in the Victoria regia tank at the Botanical Society’s Gardens in Regent’s Park, and which he named Limnocodium sowerbii. It was supposed to have been conveyed from one of the great African lakes in the hydrosome (or polyp) stage on the rootlets of some plant.

Some years there were plenty of the medusae in the tank, other years scarcely any. Then it disappeared altogether. Later on furthe 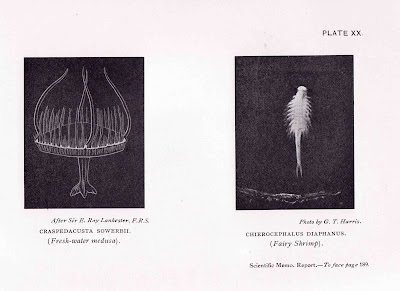 r specimens were found in a tank at the
Sheffield Botanical Gardens. The medusae appeared and disappeared sporadically in tanks in Botanical Gardens in which the water was of about 70° F. The hydrosome stage was eventually found and described (Pro. Roy. S0c.,XXXVIlI,9). So far Limnocodium has been found in England only in artificial situations, but in Nature of January 4th, IQBO, Mr. Rupert Vallentin of Exeter, writes describing the occurence of the medusae in great quantities in the Exeter Ship Canal in the summer months of 1929. As the surface temperature of the water gradually lowered with the approach of autumn the medusae gradually disappeared, and after the middle of October none were to be found. The hydroid stage, which must exist in the canal, has not yet been found. Although both hydroids and medusae have been found in natural conditions (ponds, etc.) in N. America, this discovery of them in the Exeter Ship Canal seems to be the first time they have been observed in such conditions in Europe.

Later systematists have renamed the medusa Craspedacusta sowerbii against which protests have been made. Quite recently another species of freshwater medusa (Microhydra ryderi) has been found in a private freshwater aquarium at Bournemouth. The minute fixed hydroid stage of this was found in the aquarium also. G. T. HARRIS.

This interesting zoophyte was also discovered recently by Mr. Vallentin in the Exeter Ship Canal. It was originally discovered almost simultaneously in England and Belgium about 1854, and its great interest lies in the fact that it is a marine animal that has gradually adapted itself to a fresh-water environment within recent times. Carl Semper relates (Animal Life) that in his student days it was only known as a marine or brackish water species. Then it gradually ascended estuaries and adapted itself to fresh-water conditions. Even in Semper’s days it had appeared in the great water pipes of the city of Hamburg “ in such enormous quantities as to impede the flow of water through the pipes."

In England it was first found in the West India and Commercial Docks, and by about 1868 it had found its way, presumably by means of canal barges, into the Midlands, where it was established in the canals of Staffordshire. About 1890, or a little later, it was reported from the rivers and broads of Norfolk. I myself collected it from the river at Potter Heigham, about 1899, where it was growing profusely. It would be interesting to observe how far it proceeds up the Exe, the probability being that when it meets the strong current above Exeter, its further progress will be stayed. G. T. HARRIS.
Posted by Jon Downes at 5:37 PM No comments:

Email ThisBlogThis!Share to TwitterShare to FacebookShare to Pinterest
Labels: Tim and Graidi Taylor-Rose

MUIRHEAD`S MYSTERIES: THE MYSTERIES OF BUTTERFLY MIGRATION IN BURMA

The following story from the Hong Kong Daily Press appeared on August 2nd 1932 and is notably similar to an incident in the Arthur C. Clarke novel The Fountains of Paradise (Victor Gollancz. 1979)

Two curious phenomena were observed in Magole on June 25, writes the Rangoon Gazette correspondent. One was a circular rainbow round the sun, a beautiful spectacle which is sufficiently rare. The other was a migration of butterflies which is a thing seldom seen, and which is known to occur especially among Catopaillia, or common whites. The species involved in the present migration were close to C.crocale and C. Scylla , and they poured along in vast numbers on a front of about a hundred yards. Other butterflies were associated with them, but their pottering movement was quite different to the swift and purposeful flight of the Catopailia.
Such migrations have been recorded from Ceylon, where, they occur usually in February and November. Flights which continued in the same direction for many days are mentioned in Forbes, who supposes that they arise from the necessity of finding new feeding grounds but it is more probable that this is nature`s mode of distributing the ubiquitous Whites (and Yellows), since the females certainly lay freely during their journey. In Ceylon such butterfly streams are supposed to flow towards Adam`s Peak, and it is interesting to note that in Sinhalese the word for a butterfly is very nearly the same as that for a Buddhist priest; the yellow butterflies being recognised as the spirits of departing monks going on pilgrimage to the Sacred Mountain. The appias, the Hebomoia, and a few of the Papilios also seem to I ndulge in regular migrations. (1)


Seeing as you`ve all been so good this year and in compensation for such a mild winter (in the U.K. at least), I present to you:

Please forgive us (me, really) for the continued delay of the latest episode. It will be out in a day or two unless anything else goes wrong. The delays are due to a string of unrelated cock-ups beyond our control....
Posted by Jon Downes at 5:09 PM No comments:

Today is Twelfth Night, so according to superstition, if you have Christmas decorations up if you don’t take them down today you risk a year of bad luck, don’t say you’ve not been warned…

What’s this? Culture? On the CFZ blog? Oh yes. One of Shakespeare’s funnier and more accessible comedies, here’s Twelfth Night with Alec Guinness:http://www.youtube.com/watch?v=QOb-8w78SeI&feature=bf_prev&list=PL820AE73624CB71DC&lf=results_main
Posted by Jon Downes at 1:20 PM No comments:

Last week we posted a link to Retrieverman's blog where he showed a picture of a cat and asked us all to identify it.

Today he gives the answer...

When I asked about the identity of the species depicted above, I actually didn’t know what it was. I initially thought it was an early depiction of the jungle cat (Felis chaus).

And that’s all that matters, right?

Read all about it... 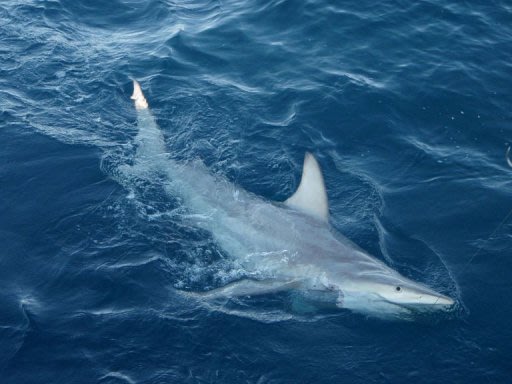 THANK YOU TO CASSIE MORRISON ET AL FOR PLUGGING MY MUSIC

I have been a musician and songwriter since I was at school and I have been making records that very few people actually listen to since 1982. However, thanks to those jolly nice people at 'Record Union' some of my ditties are now availale on iTunes, Spotify etc. This is mostly a conceit on my part because I have no illusions about the commercial nature of my songs; there isn't any.

However, Cassie Morrison and others have appointed themselves my A&R team and are saying jolly nice things about my music, which brings me to the next subject. I don't know how to adjust Spotify to give the dates of my records, but the stuff that is up there spans a period of seventeen years.

So for the record, here is the Jon D discography - colour coded!

The early stuff is either not very good or largely badly recorded, so I am not planning to let anyone hear it any time soon. There is a compilation of my pre-1995 stuff in the works, as well as some new songs. I am on a roll at the moment...
Posted by Jon Downes at 12:40 PM No comments:

II looked over some other sites on the internet and I did not think I was putting the case strongly enough. Here is today's more emphatic and authoritative posting on the subject: 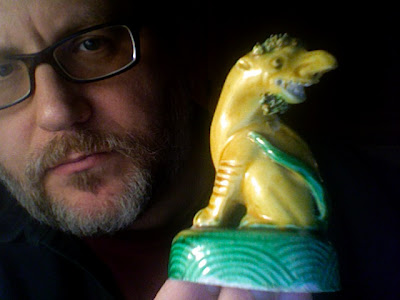 I bought this figurine over 30 years ago and have been puzzling over it since.

It's about four-inches tall and has "China" written on the bottom, but that's all I'm sure about. The bristly hair, or possibly eyebrows, are green, it has round eyes, an aquiline nose, toothy grin, and bushy beard. The little indentation to the left is a simple oval ear (like a calf) and it has what looks like a dog's body with a green tail.

I haven't seen anything else like it in Chinese art and suspect that it's either a creature from folklore or a caricature of big-nosed European devils.

If a bloggo reader can identify it a decades old mystery will be solved.
Posted by Jon Downes at 5:07 AM No comments: