PS. If you are already a subscriber but think that you haven't been receiving your copies please check your spam filters. For some reason known only to the Gods of the internet, some e-mail programmes automatically count the magazine as 'spam' probably because it comes from a mass mailer. Either that or they are just jealous of our peerless content

CNN
CNN Staff
HOUSTON (CNN) — In one Texas community people say they are concerned about a mysterious animal that's been spotted in the area.
Some are calling it the "Chupacabra," but before you roll your eyes, there may be a legitimate explanation for this mythical animal.
Paw prints along the Buffalo Bayou in the memorial area reveal that it could be the Chupacabra in the photos. They were snapped last Sunday in the backyard of gated condos near Gessner and Dolliver.
It was the third sighting of the animal in just the past 11 days.
At least one man is convinced it could be the legendary Chupacabra.
Scott Black said the animal had "big long pointy ears. Long tail had no skin, or no fur, but you could see splotches of gray.”

DR BEACHCOMBING: Did You Hear the One About Nessie, the Sceptic and the Water Horse? 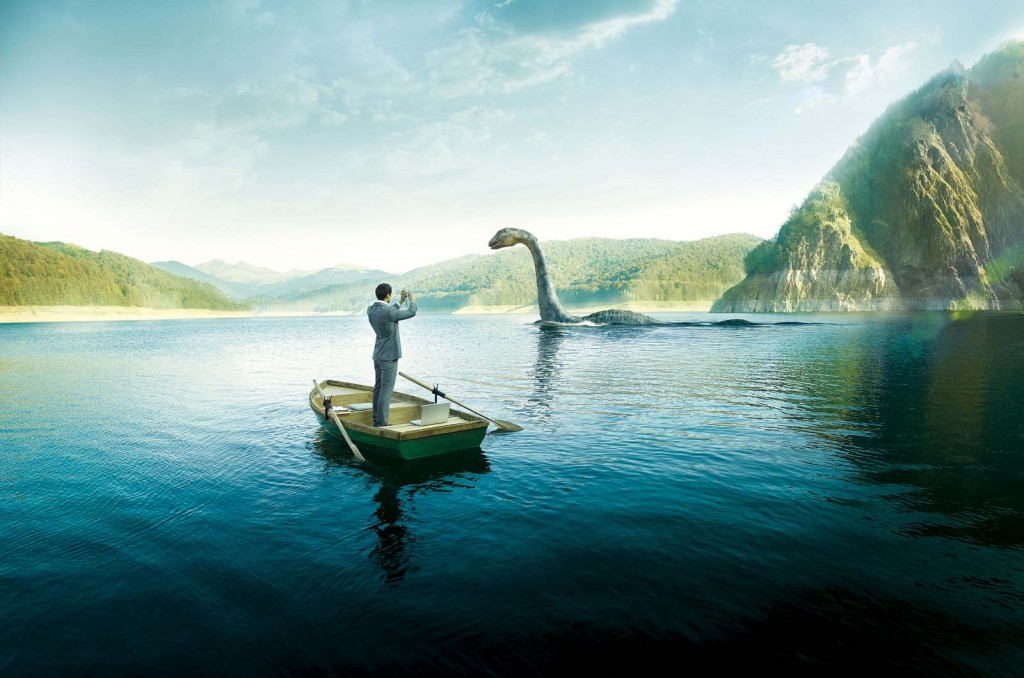 Two of the most interesting Christmas books this year were Roland Watson’sThe Water Horses of Loch Ness and Daniel Loxton and Donald R. Prothero’sAbominable Science! Origins of the Yeti, Nessie, and Other Famous Cryptids. As is evident from the titles these books take opposite sides of the crypto argument: in fact, the authors have had a public scrap online – ‘fight’, ‘fight’, ‘fight’ as the braying kids used to say at Beach’s northern comprehensive school. Having gone through and enjoyed both of these works I, however, find myself in an unusual position. I would bet my house that no pleiosaurus or other large acquatic animal unknown to science lurks in Loch Ness, nor has, I suspect, one lived there in the last couple of thousand years: Beach is very much a small ‘s’ sceptic and has been influenced by the Count’s attack on acquatic monsters. However, in one important respect I find myself in absolute agreement with Roland Watson and in absolute disagreement with Donald Loxton (the writer of the Nessie chapter in Abominable) and that is about the documentary evidence for the Loch Ness monster prior to 1933: the breakthrough year in Nessie sightings. There are certainly prior records and these records should not and cannot be dismissed with an airy wave of the hand.
Read on...
Posted by Jon Downes at 11:31 AM No comments:

Making waves: Is this disturbance on the lake a sign that Bownessie really exists?
SCOTLAND has its legendary Loch Ness Monster and Windermere has the equally enigmatic ‘Bownessie’ – but has the creature from the deep been spotted ‘again’?
Ulverston-based Matt Benefield might have had an encounter with the mysterious creature while out and about on a ‘calm’ Sunday.
As a petrophysicist, Matt has a special interest the physical and chemical properties of rock and their interactions with fluids.
On January 12, he was at the north of the Lake, taking various photographs. When flicking through the photos back at home, he noticed something odd in the water. The 43-year-old said: “It was a really calm day and the water was very still. There was nobody out in the water, it was very quiet. When I was looking back through the photos, one caught my eye.
Read on...
Posted by Jon Downes at 11:29 AM No comments:

On this day in 1913 Rosa Parks was born. Park's simple act of defence in refusing to give up her seat in the coloured section of a bus for a white man brought the civil rights movement in the United States to the attention of many people.
And now the news:


Another turning point in the American civil rights movement:

http://www.youtube.com/watch?v=1UV1fs8lAbg
Posted by Jon Downes at 10:02 AM No comments: