HELP! (I need somebody)

The eagle eyed amongst you will have noticed that over the weekend I have the bloggo a bit of a facelift. Now, as you know, apart from the contributors the whole bloggo network is put together by me, Lizzy Clancy and Gavin Lloyd Wilson.
We think that the time has come to expand and are looking for another couple of people, who have half an hour a day (ish) to spare, to join the team. If you are interested, email me on jon@eclipse.co.uk
Posted by Jon Downes at 12:35 PM 1 comment:

As a new feature on the CFZ blog I have once again taken it upon myself to contact the great and the good of Forteana to find out bits of interesting information. This time round it’s a chance for everyone to list the five Fortean events they personally find the most interesting, inspiring or exciting. The events can be as genuine or as dubious as they want, or about anything at all as long as it was a strange event.

I’ll be emailing some of you over the next few weeks to see if you want to participate, or more likely sending messages to you over facebook. However, I do have a bad memory and the organizational skills of a cucumber so may not have thought of sending you an email or wrongly think I already have so I’d really appreciate it if anyone who would like to participate would send an email to fortean5s@gmail.com or message me on facebook just to speed things along.

All I’ll need are your name and the 5 Fortean events that you find the most interesting along with a sentence or two saying why for each selection (although if you want to write more then this would be great too). Also, if you have a particular book or website of yours you would like to be mentioned in your article then please remember to let me know in your email/facebook message. Think of it as a sort of Desert Island Disks but for Fortean events.

NICK REDFERN WROTE A BOOK OR TWO IN WHICH HE CHALLENGED MY ERM.. PREFERENCES. Now look at this and ask what on earth is Mr Redfern not telling us.

Who is Mirabelle? And what has all this to do with prunes? 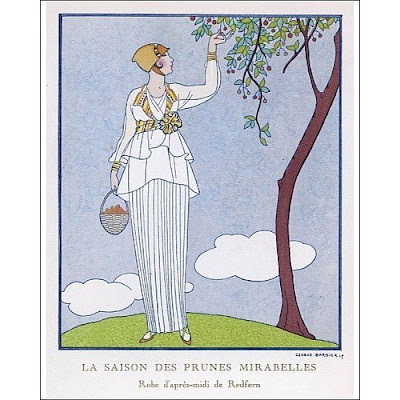 Horror has been hard done by in the past few years. The rot started with the truly dire Buffy the Vampire series that begat Twilight, Vampire Diaries and countless other vacuous, bland, painting by number, cookie cutter pseudo-horror trash with pretty teen vampires. There have been one or two gems such as Being Human, Outcast and Cloverfield but overall the genre has been emasculated by lack of imagination. When you think of the pantheons of monsters found in folklore and legend worldwide you wonder why writer keep reusing the same old tired creatures, vampires, werewolves and zombies. If I see another teen bloodsucker I’ll scream and not in a good way. In fact I’ll do it for you now AAAAAAAAAAGH!

The Troll Hunter is the breath of fresh air I have been waiting for. And there could be no better proof that Hollywood is dead and stagnating and the future of film is world cinema.

The cast are largely unknown and the film takes the form of a documentary. The premise is that a group of film makers are investigating an alleged bear poacher in the mountains of Norway. They follow the man far into the north, despite rebuffs from him. At the scene of the shooting of supposed rouge, legitimate bear hunters claim that the tracks leading to the carcass are not those of a bear. This is swiftly dismissed by a government wildlife biologist.

The poacher is found to live in a caravan that seems to be permanently lit by sun-beds and has a weird smell to it.

Following the supposed poacher into a remote forest they are attacked by huge troll that the ‘poacher’ destroys with a UV lamp that simulates sunlight. The man is, in reality a troll hunter, secretly employed to control problem trolls when they leave their territories and approach human habitation. Pissed off with poor pay and no overtime the hunter decides to let the crew film him at work in the hope that when the secret is out his working conditions will be improved.

The trolls, of which there are several species, are wandering down from the north in unprecedented numbers and together they investigate why. There are memorable scenes such as a troll being lured out from beneath a bridge for a blood sample with three goats as bait, the team being trapped in a cave by a family of flatulent ten foot trolls and a vet explaining the science of troll turning to stone in sunlight! The beasts themselves are obviously based on the wonderfully creepy illustrations of Norwegian artist Theodor Kittelsen (1857-1914).

In the far reaches of the northern tundra they find that a huge section the power cables that generate an energy field that keeps the trolls contained has been torn down. The team have a spectacular showdown with a Godzilla sized troll in the Arctic wastes in the films finale.

The Troll Hunter is one of the most original, darkly comic and wildly entertaining films since Q The Winged Serpent. I can only hope that it gets a cinema release in the UK and is not relegated to bottom shelf of Blockbuster simply because it is subtitled and has no overpaid, talentless Hollywood ‘actors’ in the cast. 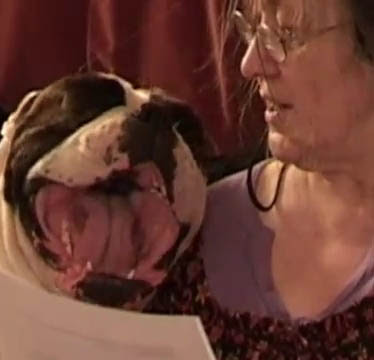 Corinna explains to Prudence why it takes five Irishmen to change a light-bulb. (One to change it and four to talk about how grand the old bulb was.)
Posted by Jon Downes at 12:11 PM No comments:

On this day in 1916 Gregory Peck was born. He was in 'To Kill a Mocking Bird', 'The Birds' and 'Batman and Robin'. He was also in 'The Omen', which is one of a number of supposedly cursed films, like 'The Exorcist' and 'Poltergeist' although as Peck lived to the ripe old age of 87 I think that disproves any notion of a real curse surrounding the film.
And now the news:

Seeing as the internet is probably running out of cat vids:
http://www.youtube.com/watch?v=7_oI-UsPxpc

CFZ PRESS: A BIG THANK YOU TO SCOTT LYALL

...who pointed out that the links on the two books in the `temporary` book advert at the top of the page (designed to circumvent the present ptoblems with amazon.co.uk) was pointless, and led to a page proclaiming "that the CFZ testing blog is invite only".

I have now fixed this!

NB: Remember that this advert is for the UK Only. Everywhere else in the world amazon works fine.