The Limca Book of Records certifies A. J. Mithra as the country’s first zoomusicologist.

We are in the middle of another blazing and long-drawn summer, but A.J. Mithra foresaw this way back in December. Actually, the tree crickets told him about it. “In winter, cricket calls are generally slow. But last December, it was faster and more aggressive, and this indicated that an exceptionally hot summer was on the way,” he says.
Well, Chennai-based Mithra happens to be a ‘zoomusicologist’ — someone who understands Nature by studying animal and bird sounds. Recently, the Limca Book of Records certified him to be the country’s first zoomusicologist, and the first one in the country to use natural bird calls to compose music records. In any case, zoomusicologists are a rarity even in the West, with only about 20 to 30 of these specialists in the world.
A music teacher in a school, Mithra’s journey began with recording bird calls and setting them to albums. Incidentally, while western zoomusicologists use sophisticated bird call recorders, Mithra still painstakingly records Nature’s sounds on his humble voice recorder. Despite these limitations, Mithra’s albums sound incredibly good, prompting noted Australian zoomusicologist Hollis Taylor to dub him as ‘Bird DJ,’ and the famed Cornell Lab of Ornithology dedicated an entire webpage to his bird music.
Read on...
Posted by Jon Downes at 1:29 PM No comments:

Email ThisBlogThis!Share to TwitterShare to FacebookShare to Pinterest
Labels: zoomusicology

THIS IS BASICALLY WHAT WE HAVE BEEN SAYING FOR YEARS 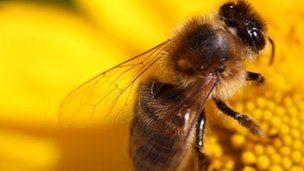 Wildflowers on grass verges are a food source for bees and butterflies. Plantlife said verges supported hundreds of species of flowering plants and should be cut twice a year. It said three-quarters of councils it surveyed cut them multiple times. It received many calls from people "distraught" about the issue, it added.


But the Local Government Association (LGA) said keeping verges shorter was safer for both drivers and pedestrians. Plantlife is calling on councils to better manage the almost 600,000 acres (240,000 hectares) of roadside verges across the country. The verges support up to 1,000 plant species - including the rare bastard balm and long-leaved helleborine which are among 33 wayside flowers faced with extinction.


China: ostrich on the loose in rush hour traffic –...

Yesterday turned out to be rather a nice one. I interviewed the legendary Mick Abrahams, founding guitarist of both Jethro Tull and Blodwyn Pig in the morning, and the equally legendary Judy Dyble (a lady for whom I have the utmost respect) in the afternoon. I have had a pre-release copy of her fantastic new album for weeks, and now you will be able to hear it too, as I have edited excerpts from each song into the podcast which will be avail;able on the Gonzo site sometime today.

*  Jon Downes, the Editor of all these ventures (and several others) is an old hippy of 53 who - together with his orange cat (who is currently on sick leave in Staffordshire) and two very small kittens (one of whom is also orange) puts it all together from a converted potato shed in a tumbledown cottage deep in rural Devon which he shares with various fish, and sometimes a small Indian frog. He is ably assisted by his lovely wife Corinna, his bulldog/boxer Prudence, his elderly mother-in-law, and a motley collection of social malcontents. Plus.. did we mention the orange cat?
Posted by Jon Downes at 12:52 PM No comments:

On this day in 1940 the singer and actor (Mars Attacks) Tom Jones was born.
And now the news:


Tom Jones doing what he does best (it's not the acting) :
http://www.youtube.com/watch?v=hSajFnkUxQY
Posted by Jon Downes at 12:52 PM No comments: