From Nick Redfern's "There's Something in the Woods...":
Terror in the Skies
Polling for Monsters

From CFZ Canada:
Monsters don’t live in your closet. They live in your backyard.
Posted by Unknown at 1:29 PM No comments:

HELP HERPDIGEST. BUY A BOOK YOU WERE ALREADY SET TO BUY, BUT FROM HD.

The first detailed, comprehensive study of this invasive predator

You just got to get your orders in NOW, deadline September25,2011.

ALL PROFITS GO TO HERPDIGEST, A NON-PROFIT ORGANIZATION, for the past 11 years your favorite publication on reptiles and amphibians.

(See below on how to order.)

"The amount of misinformation and hysteria surrounding the discovery of viable populations of large pythons has been mind-boggling. This text provides a serious, scientifically-valid overview of an important ecological problem and will be a welcome addition to the bookshelf of scientists and non-scientists alike." -Richard Seigel, Professor and Chair, Department of Biological Sciences, Towson University

"Invasive species come in all shapes and sizes-but few biological invaders are as dramatic as giant pythons. In this magnificently illustrated book, two accomplished snake biologists separate fact from fiction, and provide a user-friendly but scientifically rigorous account of how the pythons got to the USA, what we know about these troublesome aliens, and what impacts they are likely to have on the complex ecosystems of the Everglades and beyond." -Rick Shine, University of Sydney

"This meticulously researched and profusely illustrated work shines a spotlight on the dangers caused by introduction of non-native pythons into South Florida while providing a comprehensive account of what we know about the ecology of Burmese pythons, both in the United States and in their native range. This book will be of considerable interest to a wide range of readers including scholars, researchers, outdoors people, wildlife enthusiasts, and those concerned about the environmental and human threats posed by this invasive species in the United States."
-Russell A. Mittermeier, President, Conservation International, and Vice President, IUCN

"Michael E. Dorcas and John D. Willson provide a much-needed examination of the growing impact of Burmese pythons as an invasive species in the United States. By highlighting the many dangers and detrimental effects the introduction of non-native pythons has caused in the Everglades, this book documents the mounting threat which invasives pose to ecosystems everywhere. The first book to focus solely on this issue, Invasive Pythons is well-researched, well-illustrated, and well-timed." -Edward O. Wilson, University Research Professor, Harvard University

Most people think of pythons as giant snakes in distant tropical jungles, but Burmese pythons, which can reach lengths of over twenty feet and weigh over two hundred pounds, are now thriving in southern Florida.

These natives of Asia are commonly kept as pets and presumably escaped or were released in the Everglades. Pythons are now common in this region; widespread throughout hundreds of square miles, they are breeding and appear to be expanding their range. Pythons are voracious predators that feed on a variety of native wildlife including wading birds, bobcats, white-tailed deer, and even alligators. Their presence has drawn dramatic media attention and stoked fears among the public that pythons may threaten not just native species but humans as well.

ATTENTION ----- IF USING A CCARD WE NOW NEED THOSE THREE LITTLE NUMBERS ON THE BACK OF THE CARD TO PROCESS YOUR ORDER. They are Called CVV numbers.

3) By credit card, Master or Visa, Discover and Amex, only, send us your credit card number, expiration date, billing and shipping address to asalzberg@herpdigest.org (Though I haven't heard of this happening, a credit card number stolen from an email, I'm told to prevent this send ccard number divided into two emails.)

And don't forget to include those 3 numbers from the back of the credit card.


STEP UP- BE A HERPDIGEST HERO.
Posted by Jon Downes at 12:50 PM No comments: 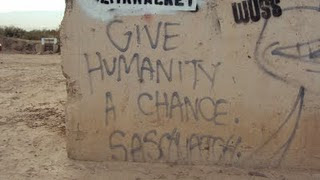 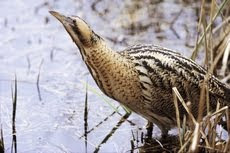 Britain’s loudest bird, once extinct in the UK, has enjoyed its best year since records began, says a new survey by the RSPB and Natural England. The bittern –a threatened relative of the more familiar grey heron – is bouncing back, following intensive conservation efforts, which has seen its population rise over the last 15 years from 11 males in 1997 to 104 this year. And a quarter of these rare birds were recorded in Somerset, the most successful year in the county since it first bred in 2008, following an absence of forty years.

Bitterns are highly secretive wetland birds and live most of their time within dense stands of reed, making them very difficult to count. However, the males have an amazing ‘beatbox’ ability, where they fill their gullets with air which they release to make a booming ‘song’ which can be heard several kilometers away, enabling scientists to determine the bird’s population.

Steve Hughes, RSPB Site Manager at Ham Wall, said: “It’s been an unbelievably good year, and reflects the years of hard work with our partners and supporters. The growth of the Somerset bittern population is vital if we are to secure a long term future for this bird in the UK. It’s a big step forward for nature conservation.”

The bittern has had a rollercoaster history in Britain, as the bird was extinct as a nesting species between 1886 and when it recolonised the Norfolk Broads in 1911. The bird’s population rose once more until the 1950s when another decline brought the population to a recent low in 1997.

Natural Environment Minister Richard Benyon said: “To see a species that was once extinct in the UK rise to a population of over one hundred is a real achievement. This is largely down to the work of the RSPB and Natural England, and shows what can be achieved if we work together. This partnership work is vital as we work to meet the commitments set out in the Natural Environment White Paper and the England Biodiversity Strategy.”

Martin Harper is the RSPB’s Conservation Director. He said: “To lose the bittern once in Britain was regrettable, but to have lost it twice would have been unforgiveable. Concern for the bittern in the 1990s led to an intensive species-recovery programme, with research and habitat improvement and creation playing major roles. Focussed work on bitterns has led to great gains for reedbeds and all the wildlife associated with this priority habitat.

“This species-led approach to bittern conservation has been vital for the recovery of the bird in England. We look forward to seeing an extension to this approach for other threatened species as a central theme in the England Biodiversity Strategy delivery plan.”

The bittern still faces several threats, including sea level rise, where freshwater sites along the coast could be inundated by saltwater, which is why the success of the Somerset population is so important. Additionally, a potential issue is the need for sites suitable for nesting bitterns to receive on-going management.

Dr Pete Brotherton, Natural England’s Head of Biodiversity said: "The bittern’s recovery is a great conservation achievement and shows what can be done when government, conservationists and landowners work together. This is an encouraging sign that we can restore and improve our wetland habitats, which bring vital benefits to both people and wildlife."

Since the mid 1990s the European Commission has provided EU LIFE funding for two bittern conservation projects to create new reedbeds or manage existing ones. Of the 63 nesting bitterns, 37 were recorded on sites included within these projects.

The bittern monitoring programme is jointly funded by the RSPB and Natural England, through the Action for Birds in England programme.
Posted by Jon Downes at 12:28 PM No comments:

On this day in 1787 Paul 'Bus Stop' Fitch Jr designed the world's largest set of nested tables by adding a fourth table to encompass the existing three. It is not known if he secured the financial backing to physically construct any of his patented diagrams but the Science Museum in London made a replica of the 4 nest table out of string, plasticine and concrete and proved that it could, in theory, have worked. Fitch is well known for his inventive foresight having invented the bus stop long before the bus existed. Wells borough council bought 10,000 of the stops but sadly only 4 were ever made after supply issues forced Fitch to make them out of discarded elastic bands. Fitch was executed soon after the construction of the 4th bus stop when he was caught following a postman to collect up any elastic bands he dropped, which was at the time a capital offence.

Three new postings for the second of the month:

A news story just posted at the Frontiers of Zoology group just made it onto the blog:
http://frontiersofzoology.blogspot.com/2011/09/giant-tarantulas-reported-in-missouri.html

I have finally decided to go ahead and run the English translation of Gunther Bischoff's comments on the Northern Atlantis theory of Jurgen Spanuth:

http://frontiers-of-anthropology.blogspot.com/2011/09/northern-atlantis-from-gunter-bischoff.html
(even though it is not especially polished, it is mostly readable)
And I have posted a note on my own views, comments and amendments on Bischoff's articles in an appended note of my own, just to make my stance on the subject clear:
http://frontiers-of-anthropology.blogspot.com/2011/09/some-notes-on-gunter-bischoffs-articles.html

'Residents of parts of Blagdon were shocked on Sunday to be suddenly infested by a plague of large flying ants.

The ants became thicker in the afternoon, when, for a time, even the strong sun was obscured. Householders who had been outside rushed indoors and fastened windows and doors. One resident described the scene as 'terrific'. Nothing like this had been seen in the village before.'

Just another instance of swarming insects!