I AM GOING TO LINCOLNSHIRE - I MAY BE SOME TIME

Corinna and I will be leaving Woolsery sometime before noon for the long (and more than slightly tedious) drive to the East Midlands. Tonight we stay with my mama-in-law in Oakham, the county town of Rutland for those of you interested in such matters. Tomorrow I sleep in a travelodge with a P.G.Wodehouse paperback and maybe a laptop (and quite possibly a teensy weensy brandy or three) whilst Corinna and the girls do whatever it is womenfolk do on the night before a wedding.

For the record, on the night before mine back in 2007 Graham and I spent most of the time trying to eject the egregiously drunk Simon Wolstencroft, now departed from this mortal plain, from my kitchen where he sat, holding forth in an embarrasing manner to various of my nearest and dearest whilst dressed like a mariachi bandsman. But that is another story.

http://cryptochick.blogspot.com/2010/09/kitchen-alchemy.html
Posted by Jon Downes at 12:48 PM No comments: 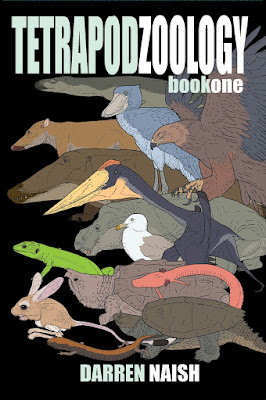 After a delay of almost a month, Darren's first book for CFZ Press will be available in the next few days. In fact (as I am writing this 24 hours before it will be posted), by the time that you read this, it might well be available.

I wrote you about a potential Blue Dog sighting here in Texas at the end of August. I have an update on this.

The veterinarian at Olney, who took charge of the carcass, sent it off for testing, which proved it was a coyote. My sister finally sent photographs of the creature, and it is indeed a mangy coyote. I noticed the teeth aren't as elongated and protruding as the Blue Dogs' seemed to be. It was also extra thin - emaciated actually - and you could see on the skin where the mange had taken hold quite readily. There was no smooth skin involved. The final bit were the photos of the hindquarters: there were no fat pads as on the specimen(s) that you studied while here.

I couldn't recall whether those occurred on just the males found, or any females, or both genders. This particular coyote was a male, however (and not rabid, thankfully).

I can forward the best of the photos if you would like them, but I'm pretty sure they'll tell you the same things that they told me. Alas! No Blue Dog here this time!

That said, it does bring up a few questions regarding the Blue Dog phenomenon. It seems like the majority of cases are called coyote by the end. The ones that you studied here in Texas this spring: were genetic tests ever done on them and if so, what was the result? I'm never sure if when they say it's a coyote they mean full-blooded, or hybrid (the red wolf is a coyote-wolf hybrid, they just discovered, so they do happen and are viable for reproduction). We do have a particular dog in Texas called a Blue Lacy that supposedly has coyote blood in it as well as various canine breeds, but it's a bluish-grey colour. It's furred, however. And then there's the Peruvian Inca Orchid and the Mexican Hairless Dog. They're not only the same colour and hairless (or can be), but have been mistaken for that "chupacabra" myth.

But one problem I have with thinking these dogs are the "Texas Blue Dog" that's been found is quite simply due to their scarcity. There have been more than one Blue Dog discovered that wasn't immediately identifiable as a mange-covered coyote, and that had various traits that weren't common to them or to any other dogs. A rare breed is one that is self-explanatory. Having several of these dogs running around wild until they're shot just doesn't seem like it's going to happen - not the least reason because as a rare breed, it's fairly expensive to buy one, and most people spending that much on an animal aren't just going to let it run off like that.

But, I'm more willing to consider a coyote/hairless hybrid as the Blue Dog. Are they rare? Yes. But it would explain the colouration, lack of hair - and even the dentition. The gene for hairlessness in both the breeds mentioned also tends to make them have fewer molars and premolars. That just leaves the incisors and canines, which could make it appear more vampiric in nature. As for the padding on the bottom, around the anal glands, I have to wonder if perhaps that's not part of a mutation involved with the cross-breeding. I know when a lion and a tiger produce a Liger, it suffers from giganticism - becoming the largest big cat in the world. However, a tiger and a lion, a tigon, suffers from dwarfism. It's the same type of genetics, lion and tiger, but the genders make the difference. If these types of abnormalities can happen to affect a creature's physical appearance, then it's plausible to think that something in the genetic combination of a coyote and Xolo, for example, might produce longer canines and padding at the hindquarters. Given the Orchid and the Xolo both originate from hot climates, we could be looking at an indigenous population that originated somewhere in the Mexico area (where it is desert, to the north), that has moved into the U.S. over time. People are constantly breeding new dogs to satisfy their desire for a better breed. I've heard from several different sources that the feral and/or abandoned dog population in some areas south of the border is downright appalling. I can't recall where they actually let the Orchids and/or Xolos mostly run around on their own down south, but I know I've seen something regarding it on an Animal Planet episode (yes, not the greatest of sources, but still quite informative). Coyotes have been around just as long as the Xolos, at the very least (some 3500 years).

But do I think that's the only explanation? Of course not. But if the padding is a development that has come with time rather than just with faulty genetics, then perhaps it has a basis in hotter climates than where it's been found recently. But that's just my tuppence worth. Take it as you will (preferably with a large salt block).

Following on from Yesterday's Post about an unidentified insect, Robert Schneck wrote..

It's some kind of stonefly, but that's as far as I would be willing to go.
Sincerely,
Robert

I tend to agree.

http://www.abdn.ac.uk/~nhi708/classify/animalia/uniramia/pterygota/index.html
Posted by Jon Downes at 12:25 PM No comments: 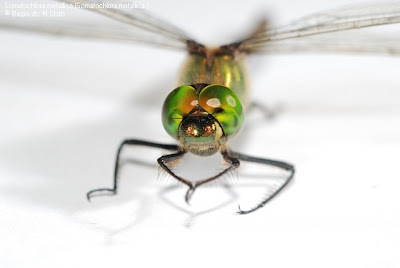 With reference to the dragonfly swarms reported by Jon from Hong Kong, I witnessed something similar but on a much smaller scale in the mid-1980s in Nuneaton, Warwickshire. At the back of a small row of houses close to a wooded valley, I came upon at least 100 dragonflies on the ground. As I approached, they rose into the air and flew about for a while before rising higher and dispersing. They appeared to be brilliant emerald dragonflies Stomatochlora metallica.
Posted by Jon Downes at 12:22 PM No comments:

On this day in 1885 Jumbo the elephant died after being hit by a train. Jumbo was sold to P.T. Barnum by London Zoo in 1882 and soon after Barnum's purchase, thanks to his constant hyping of the animal to reporters, the word 'Jumbo' became a common way of describing something very large. Barnum maintained that Jumbo had died saving the life of a young circus elephant and exhibited the animal's taxidermied hide for several years after the animals death; other witnesses to the incident claim Barnum's story was complete poppycock. Knowing Barnum, it almost certainly didn't happen but well, it's a nice story...
And now, the news:

Fishing bats, remarkable footage (I'd mute the commentary though as it goes off on one about baseball or something unrelated for some reason and kills the mood a bit):

http://www.youtube.com/watch?v=uD46QCkLHfY
Posted by Jon Downes at 12:21 PM No comments: