PUTS US IN THE SHADE A LITTLE BIT

I am not quite sure who the Paradigm Research Group are, but they keep sending me their press releases. I always thought that the CFZ were doing rather well to have the patronage of Col. John Blashford-Snell, but it seems that one conference this summer will have King Abdullah Bin Abdulaziz, عبد الله بن عبد العزيز آل سعود‎, the Custodian of the Two Holy Mosques as a patron. Bloody hell! Can anyone top that?

Washington, DC - On January 23-25, 2011 over 100 international speakers will present at the 5th Annual Global Competitiveness Conference in Riyadh, Saudi Arabia.

According to the conference website at www.gcf.org.sa "The Global Competitiveness Forum (GCF), the only event of its kind, is an annual meeting of global business leaders, international political leaders, and selected intellectuals and journalists brought together to create a dialogue with respect to the positive impact organizational and national competitiveness can have on local, regional and global economic and social development. It was founded in 2006 by the Saudi Arabian General Investment Authority (SAGIA), and is held in Riyadh, Saudi Arabia under the patronage of HM King Abdullah Bin Abdulaziz, the Custodian of the Two Holy Mosques."

Paradigm Research Group notes with considerable interest the inclusion of the following panel: Contact: Learning from Outer Space - Psychological and socio-cultural assumptions and preconceptions constrain us to a large extent, and shape our views of the universe so that we are inclined to find what we are looking for, and fail to see what we are not. Using knowledge gained from research in the fields of Ufology and the search for extraterrestrial life, what might we possibly learn about hindrances to innovation in other areas of inquiry?

The panelists have not yet been formally announced but will likely include Nick Pope, former head of the UFO desk at the UK Ministry of Defence; Stanton T. Friedman, nuclear physicist and extraterrestrial phenomena researcher; Dr. Jacques Vallee, researcher and venture capitalist; and theoretical physicist, Dr. Michio Kaku.

According to PRG executive director Stephen Bassett, "Political leaders and political journalists in the United States might want to ask themselves how it is a subject the United States Government claims has no validity is being addressed under royal patronage at a conference in the capital of the planet's greatest oil exporter. He added, "They might also note Saudi Arabia is a nation which will be hugely impacted by the inevitable end of the now 64-year old UFO/ET truth embargo and likely subsequent introduction of extraterrestrial derived technologies."

"Last September retired Air Force officers testified at the National Press Club to the direct interference with U. S. nuclear facilities by extraterrestrial craft. These men all held high security clearances. The political media, in particular the Washington Post, did not even bother to ask the Department of Defense for comment. One nation after another is proactively releasing thousands of UFO/ET related files. The Vatican and the Royal Society of London are holding conferences addressing the implications of extraterrestrial life. It's time for the U. S. Congress and the political media to grow up and wake up. It's time for the Obama administration to speak to this issue or be left behind."

A damsel in distress makes her gratitude known

Liz Clancy would like to say a big thank you to Graham Inglis. Though a split infinitive is no match for her razor-sharp brain, numbers really ain't her thing. Neither are HMRC's tax returns and Graham has cheerfully come to her aid two years running now. Thank you!
Posted by Jon Downes at 12:06 PM 1 comment:

The Kikiyaon is a cryptid reported in the Gambia, Africa. It is said to resemble a man-sized owl. Described as having feathers and wings (some say a 20-foot/ 6.5 metres wingspan) with a large spur or spike on its shoulders, and clawed feet. Sometimes it is referred to as the soul cannibal or soul-eater. The creature smells like a rotting snake and has strange: cries either a deep-throated grunting or a scream like a man being strangled. It is a forest-dweller where it awaits its prey: man. It is deadly, being able to outrun a man, and swoops down to grab a person.

The description may also refer to the Sasabonsam, a sort of vampire similarly described in the local myths. Bernard Heuvelmans (1986) discussed a case of an Ashanti carving seen by J.B. Danquah. It depicted the Sasabonsam as human-faced with horns. It had two short arms and bat-like wings. A young man apparently told Danquah that a Sasabonsam had been killed by Agya Wuo, a local man in 1928. He described the creature as about 5 feet tall (1.8metres) with a 20-foot (6.5metres) wingspan, and said that it was spotted black and white. The body was taken to the home of the District Commissioner, L.W. Wood on February 22 1928 where it was photographed. However, when contacted Wood was not sure about taking a photograph and said he had been there in 1918, not 1928. Heuvelmans states that the Sasabonsam is probably a kongamato, a large bat reported in the area.

As these creatures are also said to appear in dreams and hallucinations and be conjured up by witches, it is difficult to know if there is any truth in the stories. Those who see it and live are supposed to die a lingering death from a strange illness; that’s if they don’t die of shock first. The creatures seem to be both real and ghost-like to the local people. The 'real' version could be a giant bat or bird as speculated by Heuvelmans, which may be rare or unknown. Pels fishing owl (Scotopelia peli) comes out at night to fish in slow-moving rivers, swooping down from the trees, and it is brown-spotted. Its cry has been described as sounding like "a lost soul falling down a bottomless pit.” This may account for some of the sounds heard that are said to be the Kikiyaon.

Heuvelmans, B. 1986. Annotated checklist of apparently unknown animals with which cryptozoology is concerned. Cryptozoology 5, 1-26.
Posted by Jon Downes at 12:05 PM 1 comment:

ALLEGED BURNT ALIEN FROM MEXICO, POSTED WITH NO COMMENTS WHATSOEVER 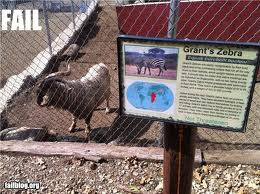 On this day in 1930 Buzz Aldrin was born. Aldrin was the second man to ever walk on the moon.
And now, the news:

Another cat video:
http://www.youtube.com/user/simonscat?blend=1&ob=4#p/u/4/EKvNqe8cKU4
Posted by Jon Downes at 11:54 AM No comments:

KARL SHUKER LOOKS AT BIBLICAL DRAGONS, AND THOSE OF THE ISHTAR GATE 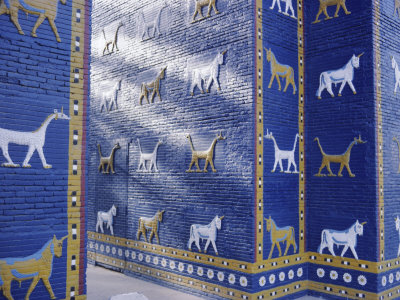