It is not common for a Koala to bear twins, and regrettably in this instance the Mum was struck and killed by a passing car. Fortunately, the driver stopped and took the mother to the local vet, not knowing she was dead, where it was discovered she had these twins in her pouch.

First photo: Tiny koala being fed with syringe ... Sooo tiny!!
Followed by a pictorial chronology of their growth ..... 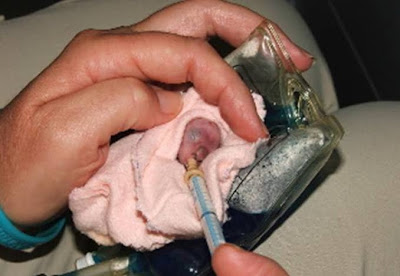 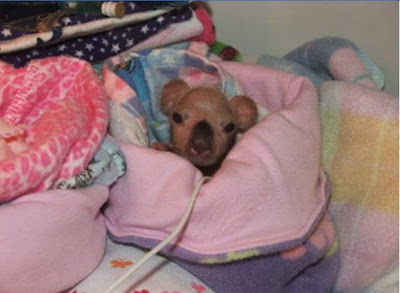 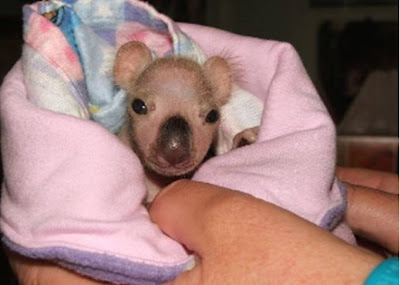 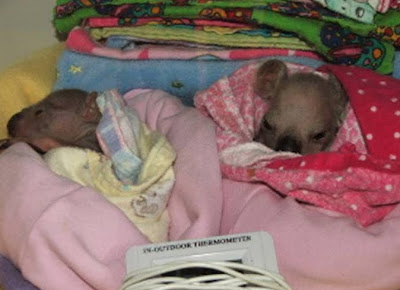 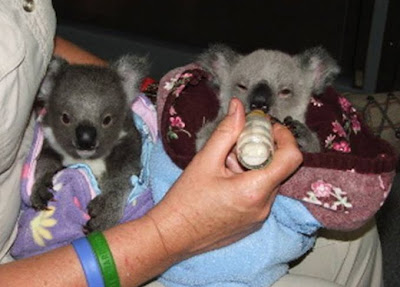 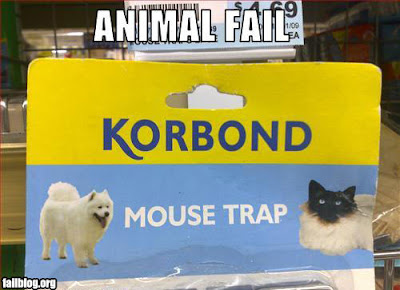 Here is one of the most comical cases of human stupidity. I mean, what were these people thinking?

In the 1930s scientists speculated that penguins could be introduced from the Antarctic to the Arctic. They thought that the emperor penguin might fill the same ecological niche once occupied by the great auk (Pinguinus impennis) before it was hunted into extinction in 1844.

To this end in 1936 a team from the Norwegian Nature Protection Society led by Carl Schoyen released nine emperor penguins (Aptenodytes forsteri) in northern Norway. In 1938 a separate group released several macaroni penguins (Eudyptes chrysolophus) and jackass penguins (Spheniscus demersus) into the same region. The experiment was not a success. The birds were unable to cope with the warmer climate and plethora of land-based predators that were unknown in the Antarctic. Most died out quickly but some of the emperor penguins lingered on into the 1940s. The one that met the strangest end was an individual who was moulting. A local farmer saw a shaggy-coated, upright beast four feet tall with what looked like a long, pointed nose. The scared woman killed it with a shot gun; apparently she had mistaken it for a troll!
Posted by Jon Downes at 12:47 PM No comments: 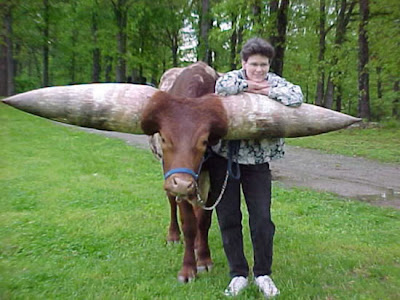 At first I thought this was photoshoppery but it's a genuine photograph of Lurch, a much loved Watusi bull, who lived in Arkansas until his death in 2010.

The Hombre Gato or Cat People are known by many different names across the continent called South America. However, several aspects link all of the reports together: the Hombre Gato are nocturnal, largely arboreal and have a taste for cattle and livestock. Recent spates of cattle mutilations in Argentina and Chile have been blamed on these leonine beings. Moreover, a number of people who ventured too far into the forests late at night are said to have been the unforeseen victims of this feline fiend.

The rural people of Argentina and Chile are largely superstitious God-fearing folk. Could tales of the Hombre Gato have been inspired by cultural aspects rather than true-life encounters with otherworldly cat-like beasts (such as the Chupacabra or Moca Vampire of Puerto Rican lore?). If so could these tales be based on a mixture of superstition, cultural influences and/or racial memories of cults that routinely mutilated cattle as an offering to their deities and the stories pertaining to kidnappings in the forests at night – the result of murderers or escaped convicts hiding in the forests and attacking unfortunate victims who may otherwise have informed the authorities of their illegal activities? We will probably never now as there are hardly any recent encounters with the creatures, and a lot of the stories about them are largely steeped in tradition or based on hearsay – the Hombre Gato are a convenient bogeyman used to blame all ills on.
Posted by Jon Downes at 12:43 PM 3 comments:

Small dog Vs Balloons:
http://www.youtube.com/watch?v=CoiFGva_JoY
Posted by Jon Downes at 12:42 PM No comments: