He may be a high ranking Army Chaplain,

Posted by Jon Downes at 4:47 PM No comments:

Posted by Andrew May at 1:11 PM No comments:

On this day in 1904 the actor Peter Lorre was born. Lorre found fame often playing creepy or dishonest characters in movies including Casablanca and Fritz Lang's M (perhaps the greatest film ever made).

A trailer for Fritz Lang's M, as I said above perhaps the greatest movie ever made, in which Peter Lorre gives a career defining performance:

Another jolly day of fun and frolics lies ahead. Actually it is grey and muggy and I am waiting for a visit from a dude to talk about databases. But he is a very nice dude, and I think I shall be able to persuade Corinna to make some diabetic apple cake, so all is not lost. Over to today's featured posts.

Why are the mainstream music press being so churlish about the Beach Boys? The surviving members of the band including David Marks, who was booted out by Murray Wilson in the early 1960s and Murray’s son Brian, the tortured genius responsible for all their greatest songs, have got together and made a 50th Anniversary album. And I think it’s rather nice. The trouble is, that your more conventional music journalist types don’t agree with me.http://gonzo-multimedia.blogspot.com/2012/06/thats-why-god-made-radio.html

JON ANDERSON IS ON TOUR: “Everywhere I go, all over the world, people sing this song. I hear it in Brazil, Argentina, Japan. They don’t know what the words mean, but they sing it. I don’t know what the words mean, either.” One really cannot help but warm to the man.
http://gonzo-multimedia.blogspot.com/2012/06/link-jon-anderson-live-at-napa-valley.html

The inside story of how our very own Dan Wooding got a photograph of him, Rick Wakeman and Elton John for his smashing biography of The Caped Crusader.http://gonzo-multimedia.blogspot.co.uk/2012/06/dan-wooding-secret-picture.html

Imagine the scene. Middle-aged bass player, cryptozoologist, and occasionally rock music journalist limps into his sitting room, shoos the orange cat off his favourite chair and sits down. His nephew and niece have come for the evening. “What are your plans for the evening Uncle Jon?” asks Jessica. “Rob Ayling has sent me a DVD about a mate of his who hitchhiked around Ireland with a fridge, as a drunken bet. I’m going to watch that this evening,” he says with a cheerful smile. For some reason this was a cue for niece and nephew to leave hurriedly, his lovely wife to suddenly decide that there are things to do in the other room, his equally lovely mother-in-law to immerse herself in a jigsaw puzzle and the also equally lovely boxer-cross-bulldog bitch to curl up in a corner, go to sleep and snore loudly. They were all completely unfair, because it is a lovely film...
http://gonzo-multimedia.blogspot.com/2012/06/round-ireland-with-fridge.html

Today we present the third and final part of our interview with Roy Webber, front man of Wally and the sublime Jackson Webber.
http://gonzo-multimedia.blogspot.co.uk/2012/06/exclusive-roy-webber-jackson-webber_5255.html

The eagle-eyed amongst you will probably have noticed that we at the Gonzo Daiy are all very excited about the imminent release of 'Carnaby Street' by Michael Des Barres. Here, the man himself talks about it.
http://gonzo-multimedia.blogspot.co.uk/2012/06/michael-des-barres-carnaby-street.html

And that's about it for today. We re-convene on the morrow.
Posted by Jon Downes at 12:27 PM No comments: 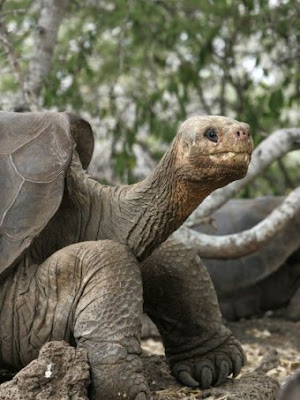 I found the following story the other day: “A SINGING MOUSE- Some time ago I had the opportunity of hearing one of these animals, and was struck with the sweetness of its song. So loud and sweet did it sing that I could not distinguish it from a loud singing bird. It was caught in a cellar, and lived about four months in confinement. One individual offered half a guinea for it. – H.P” ( Bradford-street, Manchester) (1)

I REALLY AM AGHAST THAT PEOPLE CONSIDER THIS NEWS

RETURN TO THE WILDLIFE GARDEN BALCONY

It has been a while since we last visited the wildlife garden balcony. It is a magnificent project "Creating a mini "wildlife habitat" on a tiny balcony in Hulme, inner-city Manchester UK". The latest two posts are particularly interesting:

http://valiantveggie.wordpress.com/2012/06/25/common-earwig-forficula-auricularia/
Because I have always been fond of earwigs

http://valiantveggie.wordpress.com/2012/05/22/the-dustbin-lid-meadow/
The most delightfully quixotic thing I have read in years

Posted by Jon Downes at 9:33 AM No comments: