SEVEN CURSES.
The 9-track CD features the Main Version of the Bob Dylan song, plus radical remixes by Billy Milk, Bobby Bird, Steve Astronaut and White Glove, with a "busked" performance of the song by Hunt Emerson, and as an added bonus there's a very different mix of Spritely's first record, Josephine.

The CD, beautifully packaged with 3 postcards and an extensive sleeve note by music journalist Tony Hendry, costs just �6-50 (including p&p) and can be ordered from

http://www.spritelyrecords.com/ where you can hear Seven Curses, see the video, and check out our back catalogue.

If you're in Birmingham, you might like to come to our LAUNCH RECEPTION for Seven Curses.
This will be at The Endwood, Hamstead Road, Handsworth, B20 2RA
from 7-30pm to 9pm on Friday OCTOBER 21st.
Come and buy CDs, t-shirts, Spritely Records aprons, prints
and hear the FIRST PLAYING of our soon-available
CHRISTMAS SINGLE!

But mainly - DON'T MISS OUT ON SEVEN CURSES!!
Posted by Jon Downes at 11:55 AM No comments:

Kevin has always shown an interest in all types of creatures large and small and from an early age at just 3, was breeding crickets under his bed and keeping a pet toad called “Paddatjie”. He grew from a young boy who cared for so many animals that he was called “The Bird Man of Orange Grove” in his home town to an adolescent who ran wild and, finally, to a man who is able to cross the divide between humans and predators. As a self-taught animal behaviorist, Richardson has broken every safety rule known to humans when working with these wild animals. Flouting common misconceptions that breaking an animal’s spirit with sticks and chains is the best way to subdue them. 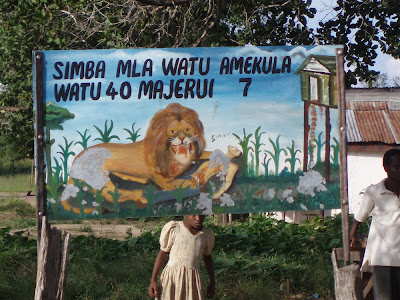 Why doesn't CFZ collaborate with the Dutch DNA testing team who produced the positive ID for the UK jaguar sightings and test for lion or possible nandi bear attacks on humans which is causing concern.

It's worthy of investigation, is it not?[quote]"The number of attacks on people in the evening hours skyrockets for the first five days after the full moon," study researcher Craig Packer of the University of Minnesota told LiveScience. "It was quite striking." [end quote] I would be a lot more satisfied with a professional testing by CFZ. The trouble is, if there was a DNA test which didn't fit the pre-assumption of lion attack, then it's likely to be dismissed as an outside curiosity, or a case of contamination. You have to be open to the possiblity of a nandi bear attack to be see the possible evidence imo. The standard reason for more lions attacking people on a waning moon seems like poppycock to me.

What do you think?
Kind regards,

Alan Lowey
Posted by Jon Downes at 11:40 AM No comments: 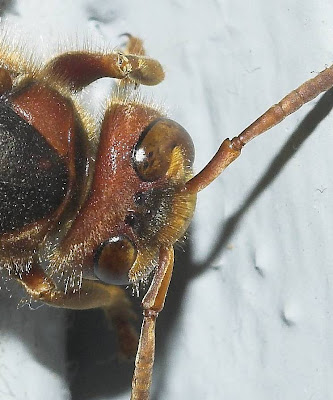 Just a little monster for the website - she was trying to find a place to hibernate. It is a Vespa crabro 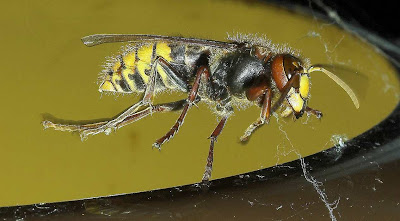 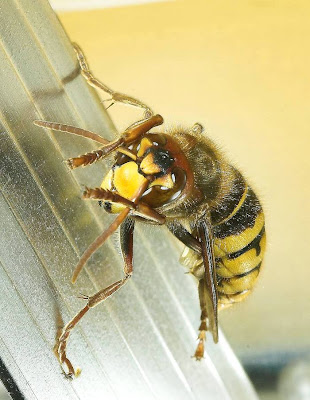 On this day in 1967 the Patterson-Gimlin Bigfoot film was made.
And now the news:

And here’s the film:
http://www.youtube.com/watch?v=Ol8ifMrFN9U
Posted by Jon Downes at 11:21 AM No comments: 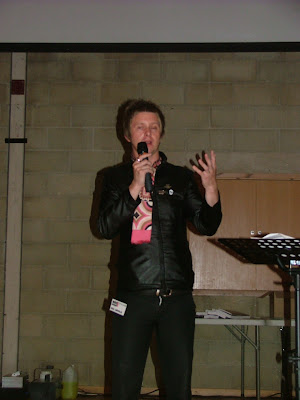 Happy Birthday mate!
Posted by Jon Downes at 11:03 AM No comments:

Blogger has been acting up today and in fact I had my first-preference blog item get eaten up while I was working on it. Fortunately I had a spare blog item and it is currently my 100th posting on the Frontiers of Anthropology blog:
http://frontiers-of-anthropology.blogspot.com/2011/10/from-neolithic-to-modern-times-in.html

I also managed to get a FOZ blog up:
http://frontiersofzoology.blogspot.com/2011/10/little-jade-yeti.html

The problem with the first FOA blog was that the credits were too long and the Blogger balked at sending. I took the credits off and everything worked normally. The link is a little goofy now as a result of the change, but it works and that's the main part:
http://frontiers-of-anthropology.blogspot.com/2011/10/this-is-map-of-original-core-areas-of.html
Posted by Jon Downes at 11:01 AM No comments:

http://torridgeside.blogspot.com/2011/10/evil-cursing-in-bucks-cross.html
Posted by Jon Downes at 9:31 AM No comments: