G. Howell’s A Kentish Notebook of 1891 records the following stories:

The Gravesend Mermaid
‘Real Wonders!’ At Gravesend – Exhibition August 1825 – ‘A Gravesender visited these wonders (in relation to beautiful dolphins, a learned pig etc) in company with his children and saw the Mermaid, which, he says, “was about 2-ft high”, and had one arm, the other having been cut off and sold. The woman who exhibited it, declared to me it was no imposition that it had been inspected, very minutely, in London, by professional gentlemen and that it was pronounced to be a Mermaid.

A Kentish Swordfish
November 10th 1888 – Capture of a swordfish at Sittingbourne – Long Reach, Milton Creek, caught by a bargeman , 5-ft, 2” from tip of tail to tip of sword. Possibly in pursuit of a whale seen at Gillingham – trying to find its way to the Mediterranean or the Atlantic.

A Sea Eel
1761 – A sea eel, 6-ft long, 20 inches round and weighing 30lb was lately taken in a shallow water, where it had been left by the tide at Whitstable…

Sperm Whale
February 1762 – Sperm whale 61-ft in length at Broadstairs.
December 1764 – A Spermaceti whale was thrown ashore on the flats at Seasalter, nr Whistable – 54 ft in length, 38-ft in girth at its broadest point.

Autumn 1854 – forty to fifty young whales at the Thames at Gravesend – proceeded until (?). One struck by steamer paddle. All travelled down river.

ROBERT SCHNECK: What on earth is this? 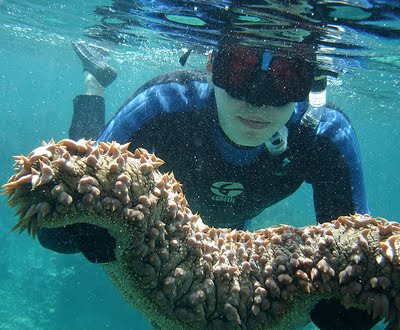 While reading a blog called AltJapan I came across this picture. The blogger describes it as a larval Mothra, which sounds reasonable to me, but can CFZers identify this creature?http://altjapan.typepad.com/my_weblog/2008/05/index.html
Posted by Jon Downes at 12:27 PM 8 comments:

OVER ON THE INDIA BLOG...

Oll Lewis looks at one of the animals often confused with the Indian yeti
Posted by Jon Downes at 12:17 PM No comments:

Email ThisBlogThis!Share to TwitterShare to FacebookShare to Pinterest
Labels: teratology

http://www.youtube.com/watch?v=fG6x3_UaROY&feature=share
Posted by Jon Downes at 12:11 PM No comments:

On this day in 1955 Dr Emmett 'Doc' Brown came up with the idea for the 'flux capacitor' the device that makes time travel possible. This is of course from the movie Back to the Future and didn't actually happen, but today is known as flux capacitor day by fans of the trilogy across the world. In the UK it is traditional to celebrate with fireworks and bonfires, where an effigy of Biff is burnt. So if you are visiting the UK from abroad at the moment now you'll understand why so many people are lighting fireworks tonight, say “Thank you, Oll.”
And now, the news:

Ever seen something too cute for words? Well, this is:
http://www.youtube.com/watch?v=vdQj2ohqCBk
Posted by Jon Downes at 11:58 AM No comments: