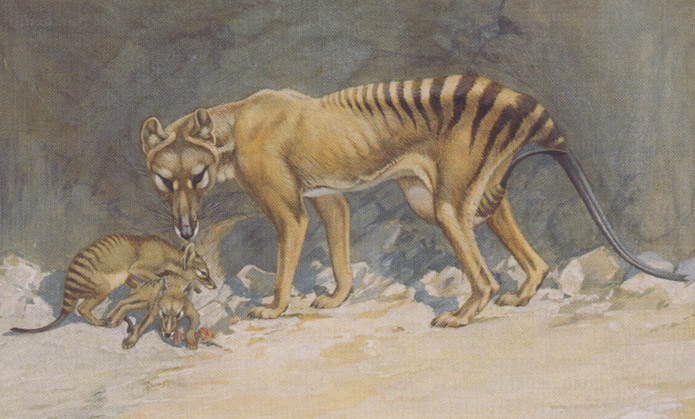 Yesterday, March 3rd 2016 I embarked on my second trip to the wilds of Tasmania in search of the island’s most magnificent and mysterious animal, the thylacine or Tasmanian wolf.

Often termed ‘the world’s healthiest extinct animal’ this dog like, striped marsupial carnivore is officially extinct. None the less there have been over 4000 sightings since the date of its alleged expiry in the 1930s. The animal has also had its continued survival predicted by computer programme.

There are many iconic extinct animals like the dodo, the passenger pigeon, the great auk and the Bali tiger. No one reports any of these animals but people still report seeing thylacines. Together with expedition organizer Mike Williams I will be visiting a remote area in the north of the island following some startling new evidence of which I cannot yet speak. As with the CFZ orang-pendek project, the CFZ thylacine project will be an on-going investigation into the icon of cryptozoology, conservation and survival.
Posted by Jon Downes at 3:20 PM 2 comments: 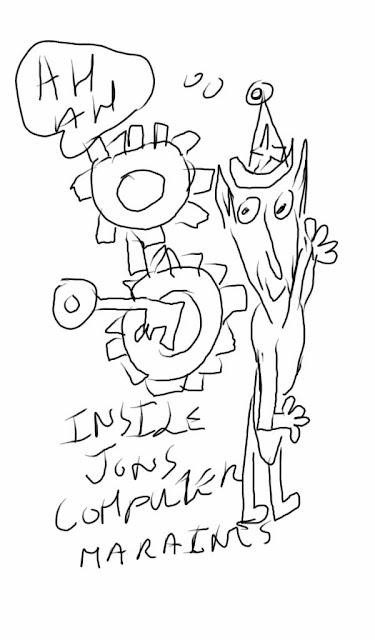 Posted by Jon Downes at 2:20 PM No comments: