BEACHCOMBING DOES IT AGAIN: The sex life of unicorns

Unicorns have a claim, in Beachcombing’s mind, to be the most interesting of all mythical creatures. There is, after all, a fascinating combination of the mundane – the unicorn is surely based on the rhinoceros? – and the fantastic: think of all that nonsense about a dilating horn and floating hooves. Then there is the unicorn’s appearance in so much modern fantasy and yet its antiquity in the earliest carvings from the Middle East. And so, by way of tribute Beachcombing wants today to ‘problematise’, as they say in all the best academic journals, one small aspect of this creature’s natural history, unicorn nooky.

Email ThisBlogThis!Share to TwitterShare to FacebookShare to Pinterest
Labels: Beachcomber

Peru
The giant pictograms that can be found in Peru’s Nazca Desert are justifiably world famous and well deserving of their status as a UNESCO World Heritage Site. These vast pictures, best seen from the air, depict a number of animals including both spiders and birds. Understandably the reason for the creation of these images has spawned many a theory, from the use of airships long before air travel was suspected, to Erich von Däniken’s ancient astronauts.

Today’s mystery animal is another mystery cat. You will find over the next few months that they do tend to crop up a lot; this isn’t due to me just looking at cats but rather to the fact that many countries have tales of them. The particular feline I’m looking at in Peru is the Cunarid Din, also described as the speckled tiger or speckled jaguar. It’s described as being roughly the same size as a jaguar but with a larger head; its coat is grey and covered in solid black speckles, which contrast to the jaguar’s golden coat and dark rosettes. It’s rumoured to be found at altitudes around 1,600 feet. Some time between the1970s and the late 1980s it is claimed that native hunters had killed and skinned one of these mystery cats. Unfortunately it appears that no researcher has come across that pelt yet, but who knows; perhaps one day soon they will.

Tomorrow we shall continue our travels by heading off to Ecuador.
Posted by Jon Downes at 12:37 PM No comments:

As someone who has written extensively about the issue of UFO encounters in the British Isles, I know how incredibly difficult and time-consuming it can be to research - and write about - such an infinitely complex topic. And when that same research and writing also encompasses cases that date back decades, then the whole process becomes even more of a challenge.And, this is one of the reasons why I take my hat off (metaphorically speaking!) to John Hanson and Dawn Holloway, who have done a superb job in chronicling the early years of British Ufology in their new book....

As climbdowns go it is a bit weak but it is a climbdown nonetheless. After a public outcry, the government are to reconsider key parts of their policy to sell off Britain's forests. The government are not yet saying they will abandon the policy altogether but it is a small victory for anyone who wrote to their MP with their concerns.


There are two possible directions in which the policy will go: one way is that this could simply be a tactic to reintroduce a slightly amended policy later when the government believe people will have lost interest, or hopefully it is the beginning of the process of abandoning this half-baked policy. Sadly, my money is on the first direction being the way the Tories are hoping it will go, because history teaches us that the Tories have a habit of selling off things owned by the public at a low price, usually to people they are closely linked to, and letting younger people pick up the pieces a few years down the line.


Their plan to privatize the Forestry Commission is still, as I write this, going ahead but if you (yes, YOU) get writing to your MP and keep the pressure up because all indications are that this is working so far, so the more letters they get the better.
Posted by Jon Downes at 11:51 AM No comments: 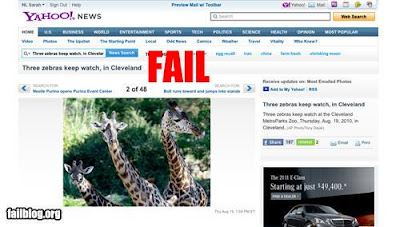 On this day in 1950 Peter Gabriel was born.
And now the news:

As the news is a bit grim today how about a bit of music:
http://www.youtube.com/watch?v=A0ylSUsel3w
Posted by Jon Downes at 11:39 AM No comments: