This 42nd collection once again really is a collection of completely uncategoriseable stuff, including dog/porcupine interaction, escaped tarantulas, white hedgehogs, a Scottish porbeagle, an albino big cat, and a mutant crab. Good stuff.
HERE
Posted by Jon Downes at 12:21 PM No comments:

EDWARD STERN: You Can Study Anything You Want, Kids... except Cryptozoology

Edward Stern is a guest blogger for My Dog Ate My Blog.


Education, particularly its earlier stages, is meant to be an excursion into wonder. It is meant to stimulate the imagination and allow children to begin to see the vast possibilities the world affords and that life itself provides. Teachers encourage students to embrace the fantastic and seemingly implausible, suspending disbelief to enjoy a view of reality that can only be shaped by innocent fantasies.


But if that is one of the goals of education, to stimulate curiosity and the imagination through an exploration of what is or very likely might be in the world, then why is cryptozoology so flagrantly regarded as a frivolous non-science?


This is particularly confounding and frustrating given the material many children enjoy and that educators embrace. Around the holidays children are cheerfully read stories of Rudolph the red-nosed reindeer and led in song about him as they patiently await Santa Claus's arrival, an arrival that will not happen. Yes, the magic of Santa is a treasured part of many a childhood, but face it: it's a bold-faced lie perpetuated by adults including educators, whose job it is to help students find the truth.


While they read stories of unrealistic beings and creatures, getting youngsters to believe in things we know not to be true, education policy ridicules another search for truth, one based in evidence and with much more grounding in reality: cryptozoology. Funding is suspended for any type of education that embraces the basic tenets of the study, and the field is widely dismissed as "not science" and as unfounded hearsay.


So creatures captured on film or seen by numerous eyewitnesses are less grounded in reality than a childhood myth? So encouraging our children to search for the truth about the seemingly implausible but simultaneously very real is a pursuit not worthy of their aspirations, not a worthy use of their intellectual imagination? So we do not want our children to keep questioning and searching and pushing forth the boundaries of what is known?

Cryptozoology is unfairly maligned by an education system that is old-fashioned and stuck in its ways when it comes to its definitions of 'accepted' fields of scientific study. These fields are changing all the time, with new scientific evidence and theory consistently replacing the old. New findings prove true old myths, while old truths become flimsy, illogical and poorly thought-out.


Even within the field of cryptozoology itself, what was once thought of as myth has become visible reality. The famed okapi, once the symbol of the International Society of Cryptozoology's quest for the fantastic, can now be found at Walt Disney's Animal Kingdom for thousands of visitors a year to see with their own eyes.


Cryptozoology is based in evidence and the scientific search for exotic beings. It is an embrace of the fantastic, a stirring example of the world's possibility, and an application of scientific method all at once. It should not be a source of ridicule and scorn, particularly from an institution so willing to let its constituents believe that a fat man in a red suit flies from the North Pole to bring them presents every year.
Posted by Jon Downes at 12:16 PM 2 comments:

Email ThisBlogThis!Share to TwitterShare to FacebookShare to Pinterest
Labels: Edward Stern, My Dog Ate My Blog

If you're Chinese you might know today as 'learn from Lei Feng day' where people go around and pick up litter and stuff learning from Lei Feng who was a soldier in the Peoples Liberation Army who died at the age of 22 when a telephone pole fell on his head. You might also like to spend some time playing Learn from Lei Feng Online where you can assume the role of Lei Feng and mend socks and volunteer on building sights in the hope of gaining enough experience to get Chairman Mao's autograph.
And now, the news:

KARL SHUKER'S TOP TEN (has he STILL got the blues?)

http://karlshuker.blogspot.com/2011/03/shukernature-new-top-ten-most-viewed.html
Posted by Jon Downes at 12:13 PM No comments:

KARL SHUKER FINALLY FINDS OUT ABOUT `FINDING OUT` 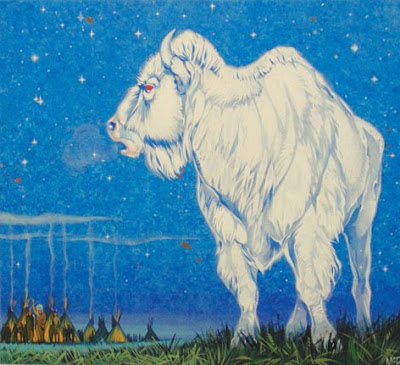 A BRIEF NOTE FROM DALE DRINNON