A few months ago I made an appeal for proof-readers, and we now have a nice (and very functional) stable of proof-readers who are working on a wide range of projects.

We already have some talented artists like Mark North, Shaun Histead-Todd, Michael Walters, J. T. Lindroos and Anthony Wallis (to name but a few). But we have some big projects coming up. If you would like to be involved please email me at jon@eclipse.co.uk, preferably with a sample of your work.

Also, we are starting to re-publish old books long out of print. Scanning old books through an OCR Programme is a horrible and tedious job, but there must be someone out there mad enough to fancy doing it. Please drop me a line if that someone is you!
Published with Blogger-droid v1.6.8
Posted by Jon Downes at 8:19 PM No comments: 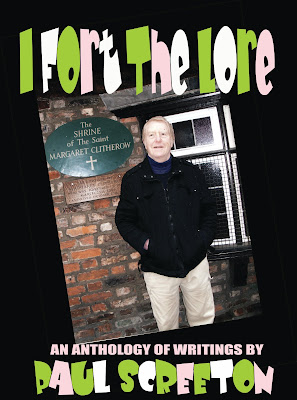 
"Fortean authors are a rare and vanishing breed. They often write about a wide range of peculiar and arcane subjects, and in 2010 Fortean Words started a series of books anthologising those writers we believe to be the most important Forteans writing today. Each of the authors we chose didn't let us down; the books which they presented us contain a rich and heavy brew and are often not for the faint hearted. But who said anything in life was going to be easy, eh? Enter at your peril, but when you do - - enjoy!"

In Fortean Fives the great and the good of Forteana pick out Five interesting events from the history of Forteana. If you want to submit your own Fortean Five email it to Oll Lewis at fortean5s@gmail.com . Today’s Fortean Five is compiled by Lars Thomas. Lars has a wide and varied sphere of interest including zoology, cryptozoology, ripperology, photography and whiskey. He is also our regular 'go-to guy' when it comes to DNA and hair analysis. Take it away Lars:

1. THE THYLACINE Being of a strong cryptozoological persuasion, I have to name the thylacine as my favourite cryptid. I have no idea why this rather small, dog-like marsupial fascinates me so – but it does. I have walked the forests of Tasmania several times, especially the extraordinary Southwest National Park, where you could easily hide a rampaging horde of woolly mammoths, let alone a few thylacines. But although my heart was thumping like a demented bass drum I did not see the critter – although I did meet a guy who claimed he had seen one.

2. THE VIADUCT INN GHOST I have always liked ghost-stories for their folkloric values, but I have never been very interested in trying to prove the existence of ghosts and running around with E-meters and such gadgets, but I must confess to a certain fondness for the ghost/poltergeist in the Viaduct Inn in London because I have actually photographed the bugger. During a guided ghostwalk in London in 1988, I took a picture of part of the cellars under the Inn – apparently they used to be prison cells in the old Newgate Prison. The place was empty – but the photograph was not!

3. AVEBURY A lot of Fortean phenomena is associated with standing stones, and coming from a country where there are standing stones a-plenty, I do have a certain fondness for big boulders standing in all sorts of strange places. But my absolute favourite is the tiny village of Avebury, not far from Stonehenge, where the stones seem to outnumber the population. I would love to know whatever possessed people of long ago to work so hard dragging stones all over the place.

4. THE ROUND TOWER This rather strange-looking tower in central Copenhagen was build by Danish king Christian IV many a long year ago. The official explanation was the need for an astronomical observatory, but in a rather elaborate and grand scale (although there is an observatory on top of the tower today). But the Fortean bits are much more fun. You can (or so it is said) find all kinds of astrological, astronomical, magical and kabbalistic symbols, and a few riddles and ghosts thrown in for good measure, in the structure of the tower and the adjacent church. And the view of Copenhagen from the top is sensational!

5. THE HUIA BIRD I don’t suppose a supposedly extinct bird rates high on the Fortean scale, but this weird thing, that used to live in New Zealand, and supposedly died out in the 1930s, has always been a favourite of mine. It was so very strange – the male and female had different shaped beaks. And that’s not something you see every day. But for me the most exciting thing is that I am convinced I saw a living huia bird during a visit to New Zealand in 1991. That’s not something you see everyday either!
Published with Blogger-droid v1.6.8
Posted by Jon Downes at 11:14 AM No comments:

HAUNTED SKIES: John is in trouble and Dawn writes some poems. There are also some UFO clippings and a picture of the Haunted Skies back garden.

Who could ask for anything more?

http://hauntedskies.blogspot.com/2011/05/ive-been-given-dressing-down.html
Published with Blogger-droid v1.6.8
Posted by Jon Downes at 11:10 AM No comments:

On this day in 1954 Roger Bannister became the first man to run a mile in under 4 minutes.
And now the news: 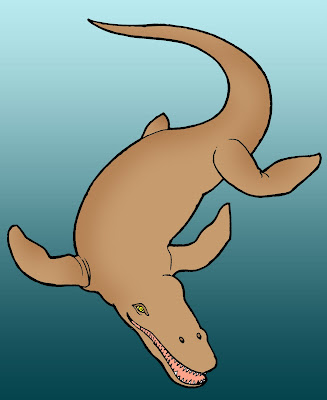 http://frontiersofzoology.blogspot.com/2011/05/repost-dale-drinnon-gambo-and-ambon.html
Published with Blogger-droid v1.6.8
Posted by Jon Downes at 10:54 AM 1 comment: 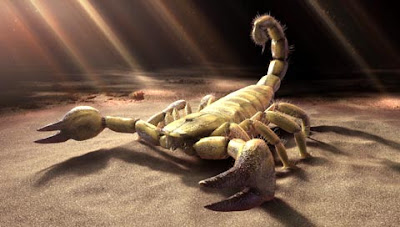 Published with Blogger-droid v1.6.8
Posted by Jon Downes at 10:53 AM No comments: