Bloke Is Adamant He's Seen A Tasmanian Tiger In Melbourne

LADbible
Despite the thylacine being extinct on mainland Australia for centuries, it's believed they existed in Tasmania until around the 1930s. But the ...
Posted by Jon Downes at 5:56 PM No comments: 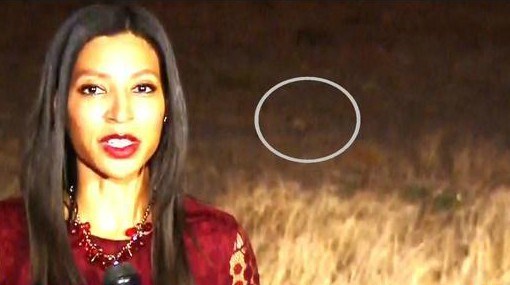 SAN DIEGO (NEWS 8) — After our 6:30 p.m. newscast Sunday night, we got reports from viewers that there was a mysterious animal in the background of a live shot in Hollenbeck Canyon.
News 8's Heather Hope went back to the trail in Jamul on Monday to share what she learned from animal experts since then.
"I have to look at this very closely," said San Diego City College professor John Malinky.
Take a close look in the background of the live shot on the trail at Hollenbeck Canyon Wildlife Area and you may see something.
All appears normal until something lurks in the brush that viewers noticed.
"It looks to me like it's walking on four legs," said Malinky.
Professor Malinky weighed in with his City College geology class at Mission Trails Regional Park.
"[It] kind of looks like a coyote," said student Natalie Myking. "It looks like it's hunting for something for sure."

THE GONZO BLOG DOO-DAH MAN DOES HIS BEST

ON THIS DAY IN - 1881 - The "Gunfight at the OK Corral" took place in Tombstone, AZ. The fight was between Wyatt Earp, his two brothers and Doc Holiday and the Ike Clanton Gang.
And now some more recent news from the CFZ Newsdesk