From Nick Redfern's blog:
A 10-Year Anniversary of the Monstrous Kind
Posted by Andrew May at 3:45 PM No comments:

IS IT AN OSPREY?

SINISTER INVASION FROM THE MIDDLE EAST 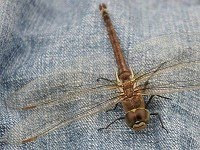 At a time when the world has been focussed on events in North Africa and the Middle East, large numbers of predatory invaders have been silently invading Europe — and some have reached Britain. The invaders in question, though, are vagrant emperors.

Last week two reached southwest England, following three other confirmed sightings last October. The latest sightings were a male photographed in Plymouth (Devon) on 15th April and a female who chose to rest on some washing in Penryn (Cornwall) the following day. Both sexes are brown, though the male has a bright blue segment at the base of the abdomen, next to the wings. In addition to 44 species of dragonfly and damselfly seen regularly in the UK, a further 10 species have occurred as vagrants, including vagrant emperor.

Email ThisBlogThis!Share to TwitterShare to FacebookShare to Pinterest
Labels: insects

DAVEY CURTIS: Get your jugs out 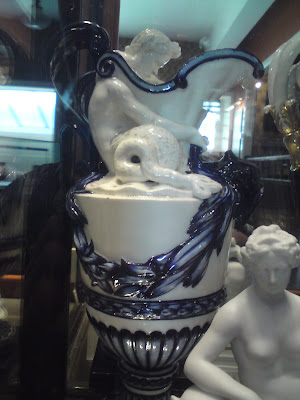 Joanne, Rosie & I were at York Museum today and I came across two unusual jugs, one has a figure of Pan on it and the other has a being I am not familiar with. At first I thought it was a merman but the tail is more serpent like than fish. Any ideas?

HAUNTED SKIES: The strange story of a Suffolk UFO

http://hauntedskies.blogspot.com/2011/04/ufo-captured-on-film-from-haunted-skies.html
Posted by Jon Downes at 12:08 PM No comments:

http://cryptozoologynews.blogspot.com/
On this day in 1564 William Shakespeare was baptised (his birth date is unknown). Shakespeare wrote some rather good plays, a lot of which used paranormal things like prophecies and ghosts as plot devices, and come highly reccomended.