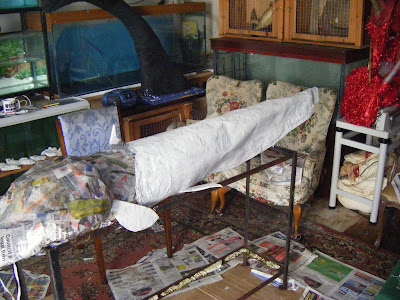 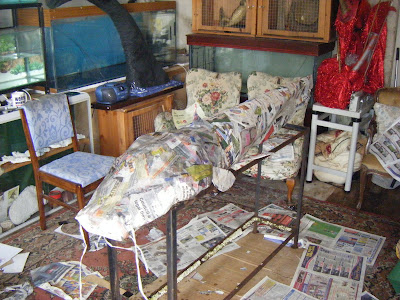 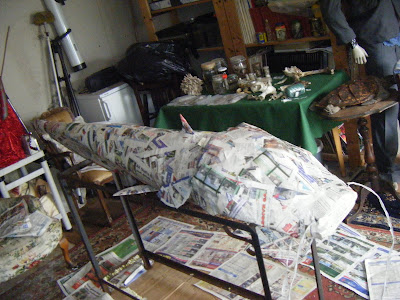 Posted by Jon Downes at 6:07 PM No comments:

Amazing looking new film! http://www.youtube.com/watch?v=vy2nAOdBUlw Seems based on the wonderfully creepy illustrations of Theodore Kittelsen
Posted by Jon Downes at 11:59 AM No comments:

This is taken verbatim from the Proud to be a Sikkimese blog http://sikhim.blogspot.com/2009/02/yeti-sighted-at-zaluk-sikkim-in-2004.html YETI SIGHTED AT ZALUK, SIKKIM IN 2004 BY SHITAL PRADHAN I was at Zaluk last friday, the day most of the couples across the globe was busy celebrating Valentine Day. More or less an exciting adventure was awaiting us when we came to know that there was a Yeti sighting at this remote place in 2004 on the month of April. Zaluk is a small place where the population is below 300 and the world famous Changu Lake is an hour and half drive from Rongli Bazaar. We were five member team myself, Praveen, Rocky, Swarup and Beren. The video above is a short interview i took where the prime eye witness Nar Bhadhur Sunar confirms that he along with other 10 labourers and a GREF Officer had came across a Yeti in the April of 2004 while going for the daily work. Sunar a farmer now was a working as a baidar then. They were on a vehicle and the "animal man" as he called was on the other side of the road along the Valley walking on two feets along the bushes of pareng ( a bamboo variety). The distance between them was around 200 to 250 metre. They saw the back portion of the animal for over half an hour and suddenly it vanished around the bushes. It was noted that for over few days the army helicopter did had a vain search over that particular region but nothing more could be known. Such incident was not known till then and also not heard after that but the people of Zaluk also has confirmed that on particular times they do hear of strange voices coming from the nearby valley. Well the people who saw it claims it to be a "Sokpa" as Yeti is better called in this part of land. For them that animal was not a bear as it is commonly found in that region and they could identity with it. Another interesting part of the story is that after few days of the incident the villagers did found a foot steps on the marshy land near the over flowing water that were measured something like "from an elbow joint to a finger tip" long. Nar Bhadhur Sunar told a water pipes was recovered by the villagers along the bushes inside the forest that was crushed and thrown away from the water source that no man or any other animal could do it. We talked with Jeena Chettri, daughter of Nar Bhadhur Sunar who added that the animal was dragging his feet as such they could not realized whether the animal had its feet the opposite side as it is normally believed. The "thing" had black hair covered all over the body and the length of the hair was as such it looked as if a women had let free her hair, told Jeena in her own words. Those GREF workers whistled and made sound to that animal that it hurried inside the bushes, she added. Well it is too early to say that the animal man those people claimed was not the mysterious Yeti that the whole world is searching for. I had gone through the wrinkled face and the piercing eye of the man who was in his mid sixties and do believe in his word that the thing he saw along with his daughter and his fellow workers was a Yeti. I do believe him that he could differentiate a bear from an animal they had never seen before that they believed look more like a human.
Posted by Jon Downes at 11:53 AM 1 comment:

Hello again! This article appeared in the Summer 1989 (vol 10 no.36) issue of the Zoological Society of Greater Manchester Journal pp 8-9 MISSING LINKS by Cyril Bloor Abominable Snowman,Yeti,Bigfoot or plain Missing Link;call it what whatever you like,this elusive `beast` has intrigued mankind throughout the ages,and,always quick to exploit the curiosity and gullibility of his fellow men throughout those same ages,man has put some decidedly odd offerings before the public.Some of the seventeenth and eighteenth recorded exhibits make interesting reading. The “little black Hairy Pygmy, bred in the Deserts of Arabia” and shown at the White Horse Inn, Fleet Street in London in the early 18th century, with its “Natural Ruff of Hair about his Face”, its height of two feet and ability to walk upright,could have been one of many species of monkey or baboon, and was not the first in line for the elusive title of `missing link`. During the second half of the preceding century there are records of “Wild Men of the Woods”,”Man-Apes” which were all identifiable with baboons or orang-utans. Such a one is described in a hand bill as “The Man Teger, lately brought from the East Indies, a Most Strange and Wonderful Creature,the like never before seen in England,it being of seven several colours; from the head downwards resembling a Man, its foreparts clear and its hinder parts all Hairy; having a long Head of Hair and Teeth two or three Inches long; taking a Glass of Ale in his hand like a Christian,drinks it,also plays at Quarter Staff.” The ability to drink ale like a Christian is a reminder that the Puritans,although no longer in power at this time,were still about in considerable force and that there was a fear of being accused of witchcraft.Later in the 1700s there appeared on the London scene an exhibit which is rather more difficult to identify. It was shown in Fleet Street though exactly whereabouts in that thoroughfare still redolent with the language of the showman,is not clear,referring only to its being “where the Great Elephant was seen.” It was advertised as coming from “Mount Tibet”-and to “approach the Human Species nearer than any hitherto exhibited, and is supposed to be the Long Lost Link between the Human and the Beast Creation.” [so did this idea pre-date Darwin then?-R] This animal was a quadruped “standing five feet high” and was said to be “unknown to the naturalist Buffon”, but its “great beauty and sagacity,affability,friendship and good nature” had led to “the natives of those parts” to call it “The Child of the Sky” or “Wonder of the East” – the Abominable Snowman? (1) I hope my magazine Flying Snake issue 1 will be out within 3 weeks,financial and production problems are causing the delay, but I hope it will be well worth the wait!! 1. C.Bloor Missing Links Zoological Society of Greater Manchester Journal Summer 1989 vol 10 no.36 pp8-9 DEAD KENNEDYS HOLIDAY IN CAMBODIA So you`ve been to school for a year or two And you know you`ve seen it all In Daddy`s car thinking you`ll go far Out East your type don`t crawl Play ethnicky jazz to parade your snazz On your five grand stereo Braggin` that you know how the n…..s feel cold And the slums got so much soul It`s time to taste what you most fear Right Guard will not help you here It`s a Holiday in Cambodia It`s tough kid but it`s life It`s a Holiday in Cambodia Don`t forget to pack a wife….
Posted by Jon Downes at 11:41 AM 1 comment:

http://cryptozoologynews.blogspot.com/ On this day in 2004 the decommissioned Royal Navy frigate, HMS Scylla, was sunk off the Cornish Coast to create an artificial reef, the first of its kind in Europe. And now the news: Mountain lions sighted on Scottsdale golf course In North Carolina, Bigfoot Crossed the Road Alligator reportedly sighted in Adair County Coyote, black Lab form unlikely partnership in Dul... Trap Put On Elementary School Grounds After Dog Si... Hey... http://www.youtube.com/watch?v=PAPHqd1kKwQ
Posted by Jon Downes at 11:40 AM No comments:

DALE DRINNON ON THE ORIGINS OF THE CHUPACABRA 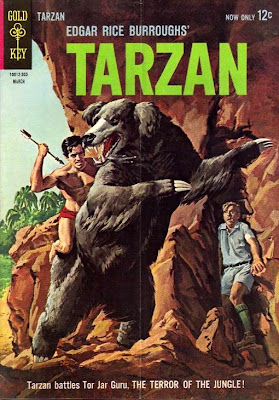