THE DUKE OF EDINBURGH WRITES TO HAUNTED SKIES 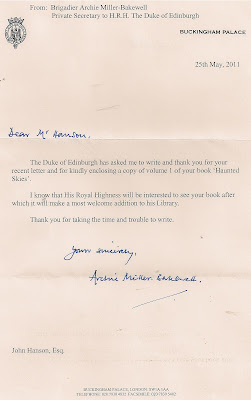 Published with Blogger-droid v1.7.2
Posted by Jon Downes at 11:51 AM No comments: 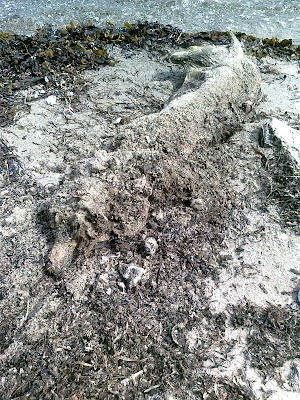 Remember the carcass on the Danish beach a few days ago?? Well, thanks to a bit of sleuthing and some eager locals, we managed to locate the thing again, and after a lot of digging in very smelly remains - lo and behold - a skull was found. It turned out the critter was a very dead fox!! Have told everybody involved to remember to include some scale or something in future photographs!!

best
Lars
Published with Blogger-droid v1.7.2
Posted by Jon Downes at 11:39 AM No comments:

17.Nicaragua
Another day, another country, and this time we are in Nicaragua, and what random facts do I know about this country? Well, it has a seventeenth-century fortress going by the name Castillo de la Concepción or Fortress of the Immaculate Conception, which does conjure up the image of a fearsome convent for some dark reason. Away from the random names what else can be found in Nicaragua? Well, there is the Xipe.

Yet another mystery hominid, the Xipe, with a name that can be interpreted as either ‘the flayed one’ or ‘he with the penis.' It is perhaps surprising given the names that the Xipe isn’t a horrific walking cadaver or a flasher but a cave-dwelling monkey around 2-4 feet high, covered in hair and sharing the tradition of many mystery apemen in that it has feet that face backwards. It has been recorded that in 1968 a group of Nicaraguan peasants tracked a Xipe to its cave lair and killed it by asphyxiation having set a fire of brushwood outside the cave and letting it do the dirty work. Once again there were no remains preserved or photos taken.
Published with Blogger-droid v1.7.2
Posted by Jon Downes at 11:37 AM No comments:

Following on from yesterday's 'Phylogeny Challenge' video, here is another from the same source...

JON: Although this is a Botanical paper, I thought that it was an interesting concept that could be adapted for animals...

Travis Gallo (tgallo@wildflower.org) is an ecologist, and Damon Waitt (dwaitt@wildflower.org) is the senior botanist, at the Lady Bird Johnson Wildflower Center at the University of Texas at Austin. Damon Waitt is also the founder, creator, and current program director of the Invaders of Texas program. Travis Gallo is the program coordinator and runs the day-to-day operations of the program.

Email ThisBlogThis!Share to TwitterShare to FacebookShare to Pinterest
Labels: HerpDigest

http://hauntedskies.blogspot.com/2011/06/devon-flying-cross-1967-source-material.html
Published with Blogger-droid v1.7.2
Posted by Jon Downes at 11:32 AM No comments:

On this day in 1952 the actor John Goodman was born. Goodman is best known for his roles in the Coen Brothers' films Raising Arizona, Barton Fink and The Big Lebowski.
And now the news:

Bald eagle dropped a fawn on a powerline
6-foot python found atop garbage truck in Ohio
Boa Constrictor: Not an Enthusiastic Camping Buddy...
Legless in Seattle

Greedy Snake is greedy:
http://www.youtube.com/watch?v=FOJjam_abmE
Published with Blogger-droid v1.7.2
Posted by Jon Downes at 11:32 AM No comments: