SPRING WOULD INDEED SEEM TO HAVE SPRUNG... 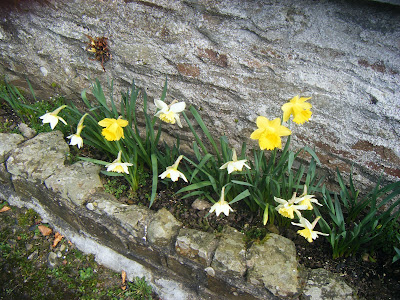 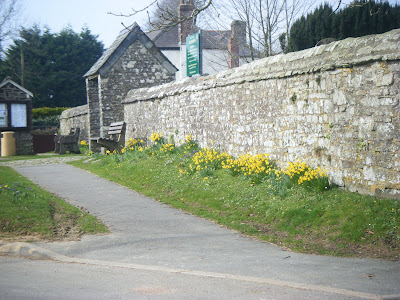 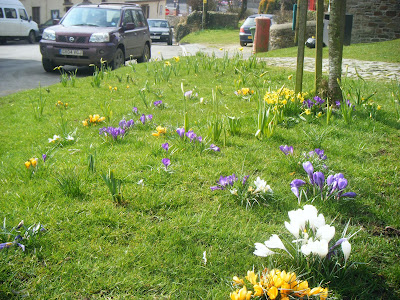 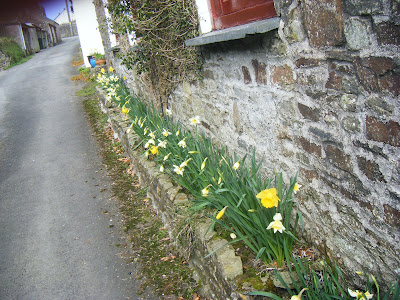 Your in for a treat this issue as Judith Jaafar recounts a complex investigation into a possible demonic possession. Also featured in this issue, Dave Sadler and the UPIA take a trip to Gawsworth, Colin Veacock discusses the true and terrifying aspects of Real Zombies. Steve Mera recounts an alleged UFO aduction case, that challenged his scepticism. Also, Bobby Elgee explains why Paranormal Investigation is not a good Career. Book review by Paul Kimball, The Eyes of the Mothman DVD review. Advertisements, Latest news, and much much more.

Please feel free to forward this email or the link to the Phenomena Magazine website.

If you would like to offer articles for submission or discuss our terms of advertising, please contact me.
Posted by Jon Downes at 12:24 PM No comments:

One day collectors will notice that chainsaw sculpture includes some striking (and affordable) examples of folk art. I like it because of the many Bigfoot carvings and while many of them are little more than bears with human faces, this is as memorable a Sasquatch as ever escaped from the inkwells of William Roe or R. Crumb. 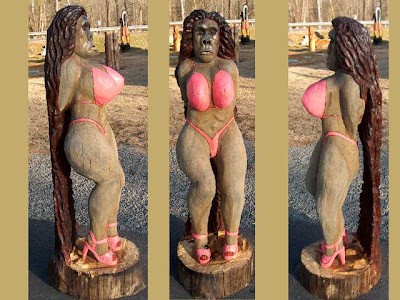 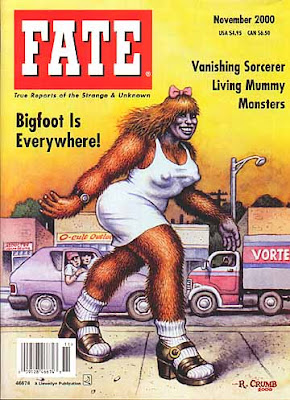 Just in case any of my friends might be interested, and as a part of my "stave off the bailiffs" campaign, I've put these original 1967 Beatles posters for sale on E-Bay.
Thank for reading,
Cheers,
Rat.

RICHARD FREEMAN: SMILE - YOU'RE ON CRYPTO-CAMERA

Freak Encounters is a new show on Animal Planet. It's yet to air on this side of the pond but I have found three episodes online as well as some clips.

It's like Candid Camera meets Monster Quest via the Blair Witch Project.

They set some poor bugger up on a night time job such as gathering evidence about road accidents or studying wildlife. Then weird things start to happen, usually fairly sedately at first, then growing in horror.

In the 'Beast of Bray Road' episode the victim is a twenty-year-old girl who gets a night job with a team who photograph and record evidence from road accidents for the police. Initially, as they are photographing skid marks the girl's boss says it's so odd that accidents happen on such a seemingly safe stretch of road; he thinks the driver swerved to avoid something. Later they watch som CCTV footage of a large black animal attacking the car. Next they come across a fresh accident where a battered car has claw marks down the side. The boss states that he does not think a bear did it. The car's owner returns, injured, and tells them how he was forced off the road by some kind of creature with huge fangs.

On the way back to their pre-fab office they hear howling. Later the girl sees a security guard dragged off by an upright wolf-lke creature. The thing returns and starts pounding on walls and door as they try to barracade themselves in. Finally it smashes the window and reaches a claw through as the girl becomes hysterical.

It's very well done. The giant bat episdode has a bat that is rigged up to fly. That episode ends up with the poor guy trapped in a car with a man-sized bat trying to tear through the roof.The victims shit their pants! Some get almost catatonic with fear. There is a brilliant clip of a guy who has been employed to work with homeless and drug-addicted people. He finds a woman in a squat who is feverish and rambling about 'it' coming back. When another guy pulls back her bed covers we see she had had her legs gnawed off. At that moment an Alsation-sized rat (actually a well made puppet) starts to scrambled around under the bed and the guy who has been set up totally freaks out.

Another features a girl who has supposedly been helping scientists study bobcats. She unearths a bunch of files on bigfoot after having seen huge tracks, and tackles one of the scientists who says they have signed a warrant so they can't talk about what the project is really doing. Then another team member radios in and they watch him on a two-way camera as he is speaking. Suddenly a screaming sasquatch looms up and carries him off as the girl totally loses it.

I laughed till I nearly busted a gut. These would never fool a zoologist but they get laymen believing in the wildest of things by suggestion. Other episodes feature giant anacondas, deathworms and goblin-like creatures from Indian ledgend.

It's sort of spiteful as the level of fear in some of the victims is very high, but by God, it is so funny!
Posted by Jon Downes at 12:05 PM No comments:

On this day in 1961 Sputnik 9 was launched. The spacecraft contained a dummy named Ivan Ivanovich (which is the Russian equivalent of 'John Doe') which was used to show that it would be safe to send a human into space.
And now the news:

In tribute:
http://www.youtube.com/watch?v=tBWFofJSm-c
Posted by Jon Downes at 12:05 PM No comments:

http://karlshuker.blogspot.com/2011/03/complete-weekly-updated-single-page.html
Posted by Jon Downes at 11:52 AM No comments: