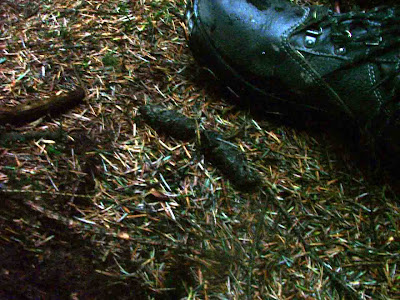 RICHARD F WRITES: I was walking Prudence in a section of forestry reserve opposite Huddisford Woods when I came across what appear to be some more large owl pellets. They looked very like the ones Carl Marshall and I found last weekend. But they are not quite so large. On closer inspection they seemed to contain feathers rather than compacted hair. Close by were the remains of a pheasant. This consisted mainly of wing feather and was seemingly dropped from the canopy. 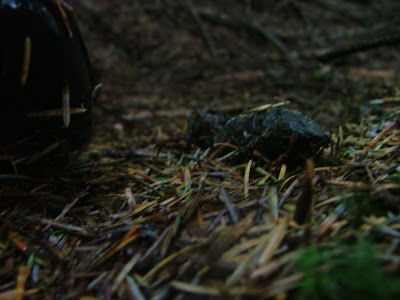 I put the pellets in a suspension of bicarbonate of soda. The began to dissolve but at a far slower rate than the owl pellets from Ross' barn owls. The large pellets Craig and I found have still not dissolved.
Posted by Jon Downes at 11:47 AM